Unwilling to Give His Brother the Biggest Share of the Catch 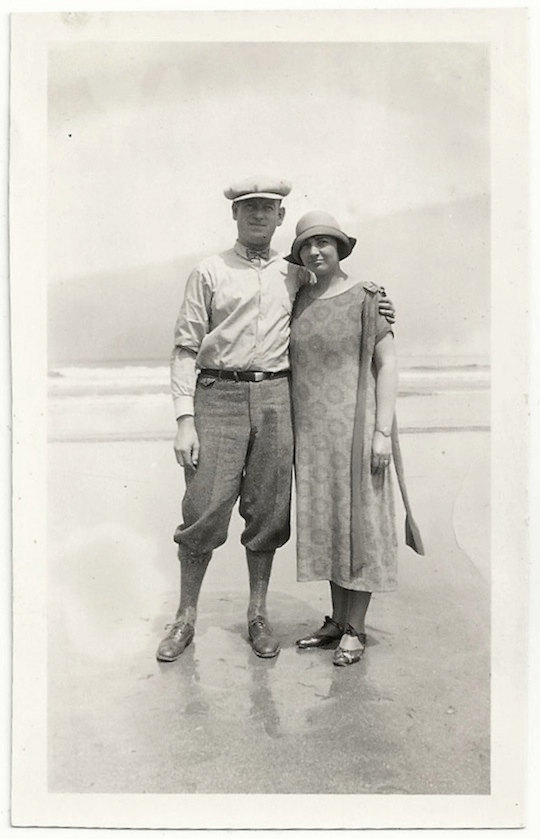 Cal (Caolan) Maguire was born on May 21, 1916 in Ireland to Caolan Maguire, Sr. and Mary Brady.  Caolan, Sr. was a fisherman in their little village by the sea near Balbriggen, and Mary cared for their thirteen children, of whom Cal, Jr. was the youngest.  Cal went to school until about seventh grade when he quit to become a full-time fisherman with his father and brothers.

When he was eighteen, Cal joined the Irish Merchant Marine.  After five years, though, he went back to being a fisherman with his father and brothers.  Sometime in his twenties, he married a girl he had met at a dance in the next town over, Skerries, by the name of Mary Brady, the same name as his mother, though she was apparently no relation.  After their marriage, there were thus two sets of Cal and Mary Maguires living in the same area, which apparently sometimes caused confusion with the post.

Cal and Mary lived for one year with Mary’s parents until their first baby, Aidan, was born.  By that time, they had saved up enough to get their own small house, where two more sons were born, Fergus and Keefe.  Cal and Mary may very well have repeated their parents’ life, had not an incident happened one evening when Cal and his brothers were coming in from a day’s fishing.  Their father having recently passed away, Cal’s oldest brother, Sean, declared that he should now be getting their father’s portion of the catch, which, of course, had been the biggest portion.  Cal and his brothers protested, but Sean was adamant.  Finally the other brothers agreed to let Sean have the biggest part of each day’s catch, but Cal would not be reconciled.

He was so infuriated by the situation that he wrote to his sister, Eileen, who was living in America with her husband, and asked if she would make a place for him.  While he waited to receive word back, he shunned his brothers’ company and fished on his own until a letter from Eileen finally came.  Yes, she told him, he could come and live, but there was not room for all of them.  So after much debate, it was decided that he would leave Mary and their three sons behind while he went to try to make a new life in America.

Cal arrived in Chicago in the early 1950’s and first worked at a molasses factory.  He could not contain his love for the sea, however, and a year later was able to find another job “on the boats” working for the Great Lakes Towing Co. where he continued to work until 1981.  Just as he had promised, he eventually saved enough to get a house on Carmen Avenue on the city’s northwest side and was finally able to send for Mary and the boys.  Cal became very involved in their parish, Transfiguration, which was right down the street from where they lived.  He had many other past times as well, including playing the accordion in various neighborhood bars and pottering about the house and yard.  He was an expert gardener and even won the neighborhood prize one year for his flowers.

In 1982, a year after he retired, his son, Aidan, arranged to take him back to Balbriggen in Ireland for a visit.  The plan was to take Mary, too, but in the end she refused to go because she was afraid to fly.  Thus, just Cal and Aidan went, and they had a wonderful trip together.  The whole village threw what Cal describes as “a big do” and even had a small parade to welcome him back after so many years.  Cal was astonished by the village’s reaction, but was sad that only three of his sisters were still living.  Everyone else had passed away.  Still, it was one of the highlights of his dad’s life, Aidan says, and he enjoyed seeing so many of his nieces and nephews and extended family.

Eventually father and son returned home, and Cal went back to pottering around the house and gardening until Mary died in 1987.  At that point, Aidan noticed that Cal was getting more and more forgetful.  Aidan would travel into the city from Bensenville each weekend to check on Cal and became more and more worried about his father’s safety.  Often Cal would ask, “Where’s your mother?’ or “Where’s the boat today?” obviously forgetting that Mary had since died or that he and Aidan no longer worked on the boats.  All three boys had worked with their father for Great Lakes at some point before they found their own careers, but that was years ago.

“He was living more and more in the past,” Aidan says, so much so that Aidan and his wife, Linda, decided to have him move in with them.  After only three months, however, Aidan could no longer take Cal’s repeated questions and confusion.  Regretfully, then, he placed him in a nursing home nearby, but was not satisfied with the care provided.  Also at this time, Aidan was becoming increasingly frustrated by his brothers’ lack of involvement.  Both Fergus and Keefe were living in the city, so Aidan decided to place Cal in a nursing home near them so that they would not have an excuse not to help out.

Fergus and Keefe do visit periodically, but Aidan is still the one coming faithfully twice a week to spend time with his dad.  Cal, for his part, seems to be adjusting well.  He is at times disoriented and asks repeatedly for Aidan or Mary, but is easily redirected.  He does not mind sitting with other residents, though he does not really interact.  His favorite thing seems to be listening to music.