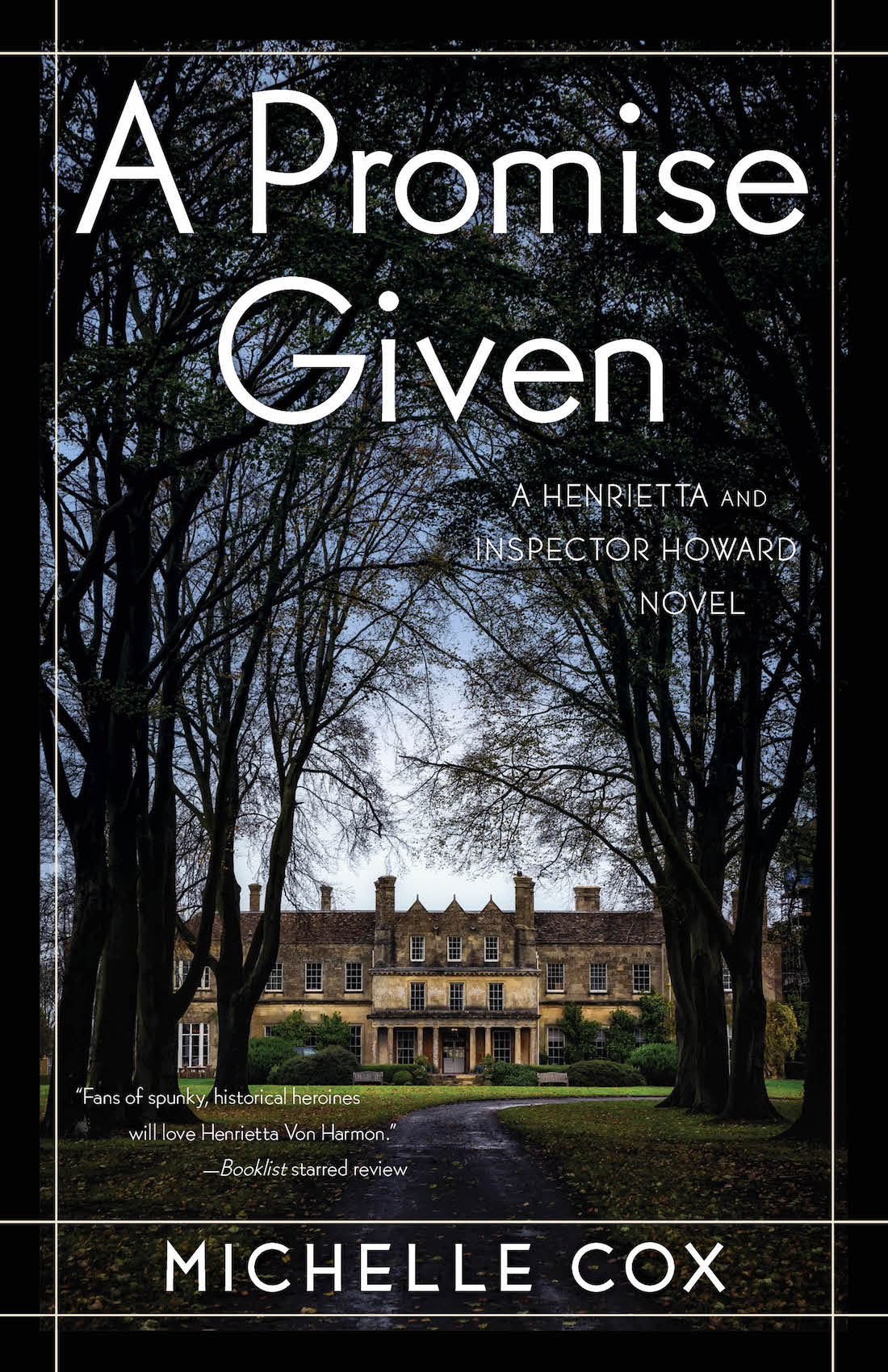 This third book in the Henrietta and Inspector Howard series provides a delightful romp through the English countryside and back.

Anxious to be married, Henrietta and Clive push forward with their wedding plans despite their family differences, made worse now by Oldrich Exley’s attempts to control the Von Harmons. When the long-awaited wedding day arrives, there is more unfolding than just Clive and Henrietta’s vows of love. Stanley and Elsie’s relationship is sorely tested by the presence of the dashing Lieutenant Harrison Barnes-Smith and by Henrietta’s friend Rose―a situation that grows increasingly dark and confused as time goes on.

As Clive and Henrietta begin their honeymoon at Castle Linley, the Howards’ ancestral estate in England, they encounter a whole new host of characters, including the eccentric Lord and Lady Linley and Clive’s mysterious cousin, Wallace. When a man is murdered in the village on the night of a house party at the Castle, Wallace comes under suspicion―and Clive and Henrietta are reluctantly drawn into the case, despite Clive’s anxiety at involving his new bride and Henrietta’s distracting news from home.

Delicately attempting to work together for the first time, Clive and Henrietta set out to prove Wallace’s innocence, uncovering as they do so some rather shocking truths that will shake the Linley name and estate forever.

Praise for A Promise Given

Buy A Promise Given on Audio