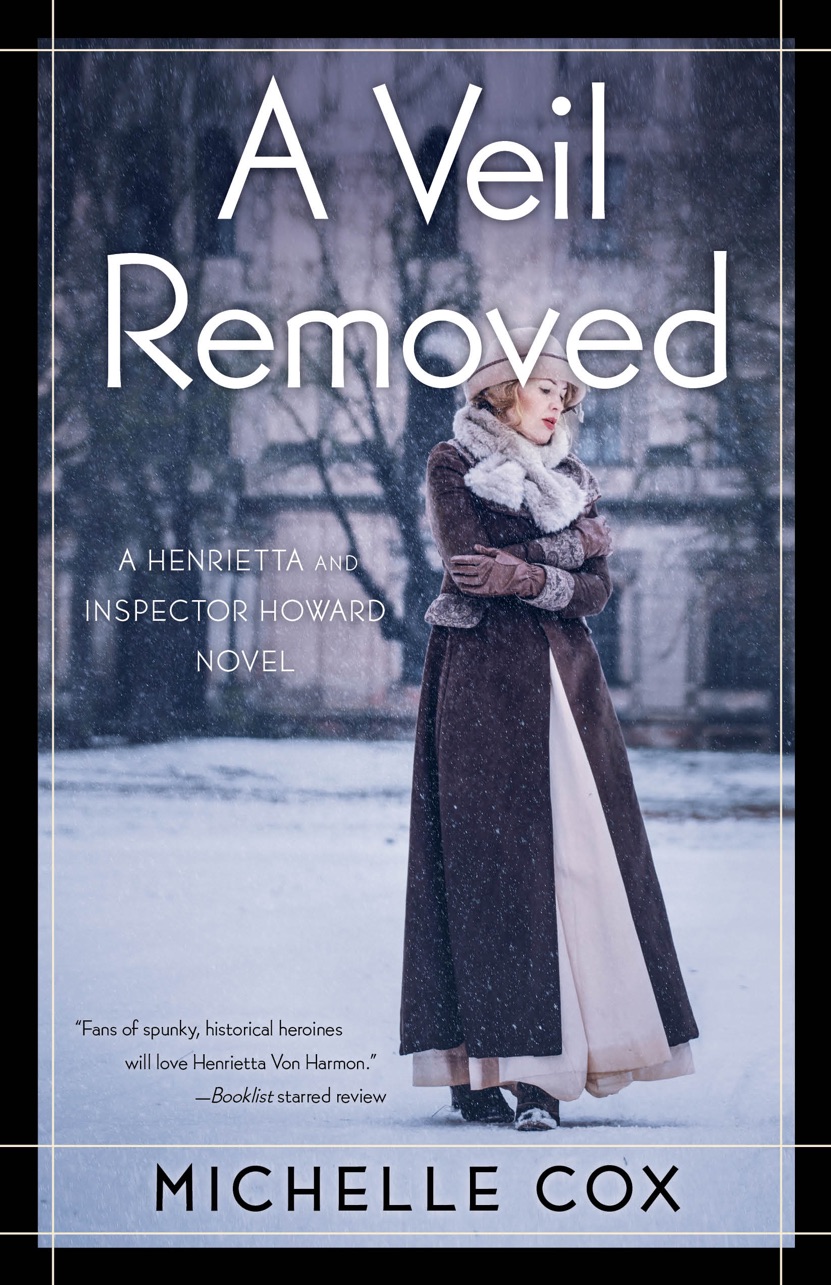 Murder is never far from this sexy couple . . . even during the holidays!

Their honeymoon abruptly ended by the untimely death of Alcott Howard, Clive and Henrietta return to Highbury, where Clive discovers all is not as it should be. Increasingly convinced that his father’s death was not an accident, Clive launches his own investigation, despite his mother’s belief that he has become “mentally disturbed” with grief. Henrietta eventually joins forces with Clive on their first real case, which becomes darker—and deadlier—than they imagined as they get closer to the truth behind Alcott’s troubled affairs.

Meanwhile, Henrietta’s sister, Elsie, begins, at Henrietta’s orchestration, to take classes at a women’s college—an attempt to evade her troubles and prevent any further romantic temptations. When she meets a bookish German custodian at the school, however, he challenges her to think for herself . . . even as she discovers some shocking secrets about his past life.

Praise for A Veil Removed

Buy A Veil Removed on Audio