“This is Not My Mom” 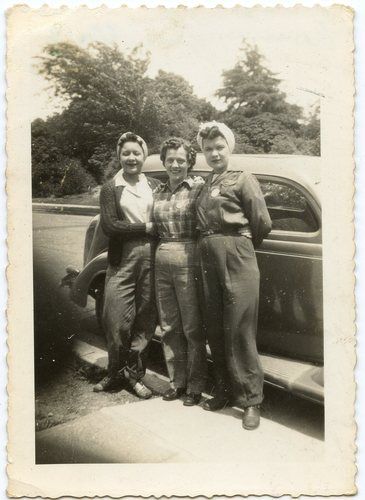 Antonia Pakulski was born on October 10, 1905 in Poland to Bartholomew and Gosia Kowalczyk.  Antonia was the youngest of seven children, and when she was just one year old, the family immigrated to Chicago.

Antonia attended school until the eighth grade and then quit to get a job.  She first began working as an assembler in a factory and then as a punch press operator.  When she was nineteen, she married Bernie Pakulski, who worked at the same factory, though in a different department.  Together they had one daughter, Mary.  Antonia and Bernie found it hard to make ends meet, so even after Mary was born, Antonia continued working, leaving Mary with her mother, Gosia.

Besides going to see movies, Antonia loved doing anything with her hands: embroidery, sewing, cooking and cleaning.  “She was always fidgeting with something,” Mary now says of her mother.  “She could never just sit still.”  Mary believes this is why Antonia now has a habit of picking at her skin or scabs.

According to Mary, Antonia and Bernie kept mostly to themselves.  They didn’t particularly like either side of the family and spent most of their time at home or with a small circle of friends.  Mary graduated from high school, but remained at home with her parents, financially contributing to the running of the household, until she left to get married at age thirty-seven.  “Everyone assumed I was going to be an old maid,” Mary says, “but I wanted a life of my own.  So when I met my future husband, Bill, I decided to accept his proposal to get married.  It was hard on Mom and Dad, but I couldn’t help it.”

After Mary left, Antonia and Bernie found they could no longer afford to keep their apartment without Mary’s wages, so they moved into CHA housing.  Bernie passed away from emphysema in 1968.  After his death, Antonia lived alone in the apartment for twenty-two years until she began to show signs of confusion and dementia, which grew steadily worse as time went on.  In the early 1990’s, Mary began going to check on Antonia more frequently.

Mary would often arrive and find Antonia wearing several dresses at one time, and once she found toilet paper in the freezer.  Several times she threw her dentures in the garbage, telling Mary that she could easily get a new pair at a dime store.  Often she wandered from the apartment, only to be brought back by the police, neighbors, or, once, by two little boys.  The last straw for Mary was when she arrived one day to find her mom cooking soda in a pan with a paper towel in it.

With the help of Antonia’s doctor, Mary finally admitted Antonia to a nursing home.  She is making a relatively smooth transition, though she is very confused.  Mary seems grateful that her mother is now in a safe place, but she grieves for the mother who is no more.  “This is not my mom,” she frequently tells the staff.  “I wish you could have known her before.  She was the sweetest woman, always so grateful for any little thing.”  Mary continues to visit on a weekly basis at least, sometimes daily.  Antonia willing participates in any activity she is brought to, though she needs assistance.  Her favorite activity is listening to music and folding napkins.