Despite Her Promises, She Never Appeared. 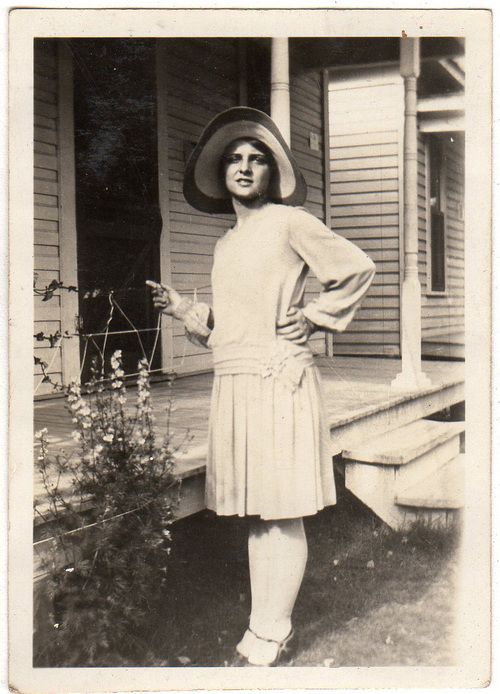 Sveva Boucher was born on November 10, 1913 in Winnipeg, Canada to Jean-Marie and Sylvia Boucher.  Jean-Marie was born in Switzerland, and Sylvia was born in Germany.  They met and married in Switzerland where Jena-Marie had a small farm.  They began their family there, but at some point, they decided to immigrate to Canada.  Jean-Marie found work at a creamery, which produced butter and cheese and processed milk, while Sylvia cared for their fourteen children: Tamara, Ulla, Tecla, Bastien, David, Vanda, Ingrid, Hugo, Yvette, Josephine, Igor, Adolph, Jeannette and Sveva.  All of them lived to adulthood except Tecla and Igor, who died in a house fire.

Sveva went to school until the eighth grade and then got a job as a maid in Winnipeg.  Her sister, Jeannette, says that Sveva was always a “little bit different.”  She wasn’t “backward,” Jeannette says, but “she had her own ways of doing things.”  She was very independent.  Jeannette seems to remember that she had “a beau for a time,” and that he proposed to her, but Sveva turned him down.  She enjoyed reading and doing embroidery work, and on her one day off a week, she usually went to the movies or would walk in the park.  “She was a real loner,” Jeannette says.  “She didn’t have many friends, except maybe the other maids she worked with.”

At one point, however, Sveva’s older sister, Josephine, persuaded her to come visit her and her husband in Chicago.  Sveva apparently loved Chicago so much that she decided to stay permanently and wrote a letter telling her parents the news.  Sadly, she never saw them again.

Sveva was able to easily get a job as a maid for a very wealthy family on the north shore.  Jeanette says that she doesn’t know much else about her life, as Sveva rarely wrote home.  Likewise, the family did not hear much about her from Josephine, as they lived at opposite ends of the city, and Sveva was usually unwilling, Josephine reported, to spend the majority of her one day off traveling to the south side and back.  As a result, they didn’t see each other that much.

In the 1960’s, Jeannette’s husband died suddenly, which caused Jeannette to go into a deep depression.  She wrote to Sveva and begged her to come back to Winnipeg to live with her.  By that point, Sveva had stopped being a maid and instead worked as a part-time office cleaner and lived in a studio apartment on Glenwood.  Each time Jeannette wrote to Sveva asking her to come back to Winnipeg, Sveva would write back, saying that she would come.  To Jeanette’s disappointment, however, Sveva would never turn up as promised.

Finally, Jeanette decided to pay for a telephone call to Sveva, begging her to come back.  Sveva promised that she would and sounded eager to come, crying on the telephone to Jeannette that she missed her.  The plans were all arranged then, and when Jeannette called the day before Sveva’s supposed departure, Sveva confirmed that she was all packed and ready to go.  When Sveva failed to appear, yet again, however, Jeannette telephoned her, convinced that something terrible had happened.  She was surprised when Sveva answered the phone.  She demanded to know why Sveva had once again not shown up.  Sveva’s only response was, “I guess I forgot.”

That was the last time Jeanette asked Sveva to come, concluding that something was mentally wrong with her sister. Josephine, meanwhile, had passed away in 1959, so Jeanette was no longer able to get news of Sveva through her.  Jeanette tried her hardest, she says, to keep in contact with Sveva over the years, but it became apparent that as time went on, Sveva was becoming more and more confused and disoriented.  Jeanette says that she wanted to come to Chicago to check on her, but she never had the money.  Then, in 1986, Jeanette had a small stroke, which made traveling all but impossible.  She continued to worry about Sveva until she got word that her sister had moved into an assisted living facility with the help of some neighbors who looked out for her.

Sveva was recently admitted to the hospital due to some infected sores on the bottom of her feet and has also been diagnosed with chronic brain syndrome.  Because her condition now requires skilled nursing care, her doctor discharged her to a nursing home.  Jeanette has been contacted and is overjoyed that her sister is being cared for properly.  She has tried to talk with Sveva on the telephone, but Sveva does not respond.

For her part, Sveva is making a relatively smooth transition.  She does not mind being around other residents and is very docile and compliant.  She is extremely confused, however,   and cannot even form coherent sentences.  She participates in activities with assistance and seems to like music programs the most.