Proud of working “in the clouds” 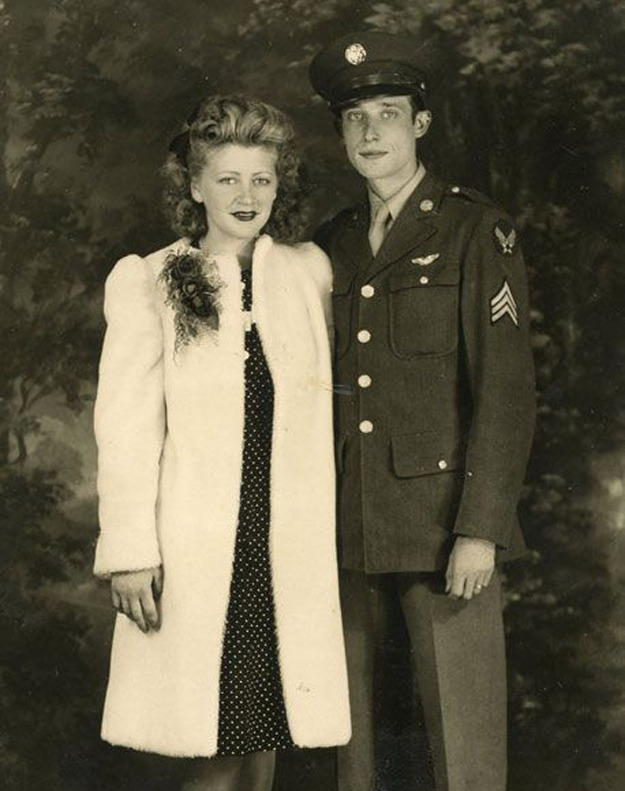 Glenn Brown was born on June 26, 1909 to Calvin Brown and Elaine Edwards, both of whom were immigrants from Australia.  Calvin was a construction worker, and Elaine cared for their nine children: Timothy, Glenn, Charlotte, Theodore, Ida, Pearl, Leon, and Martin and Mary, who were twins.  Glenn went to school until the eighth grade, but then quit to begin working construction alongside his father.  Unfortunately, however, Calvin died young of a heart attack, and it fell on Glenn and Timothy to support the family.

Glenn worked construction all his life and is proud of the fact that he worked on the “giants of the city,” including the Tribune Tower, the Chicago Board of Trade, The Prudential Building, and even the Hancock.  He was not afraid of heights, he says, and enjoyed working “in the clouds.”

Glenn’s one hobby in life was playing baseball, and he joined quite a few local leagues in his youth.  One year, the team he was on was sponsored by a tavern which had an adjoining liquor store.  After each game, the team would frequent the tavern, with Glenn stopping at the liquor store afterwards before going home.  The liquor store was managed by a young woman by the name of Wanda Ardelean, and Glenn began looking forward to seeing her each week, as “she was so easy to talk to.”  Each time he went into the store, Glenn asked Wanda out on a date, but each time she said no.  Finally, Glenn decided that he would ask her just one more time, and if she again said no, he would stop going to the liquor store altogether and just give up.

So, “on August 3, 1942,” he remembers clearly, he walked into the liquor store and again asked Wanda to go to the pictures with him.  Expecting her to reject him, he was shocked and thrilled when she said yes!  From that time on, the two began dating and eventually married.  Not long after their wedding, however, the war broke out, and Glenn had to report for duty.  He served for two and half years in Europe while Wanda continued to live with her parents and work at the liquor store.

When Glenn came back from the war, the couple got their own apartment on Belmont, and Glenn went back to working construction.  Wanda continued at the liquor store, planning to quit as soon as she got pregnant, but, sadly, she never did.  Glenn says he was disappointed not to have any children, especially as he came from such a big family, but “it couldn’t be helped,” he says.  “It wasn’t meant to be.”  He and Wanda instead became a favorite aunt and uncle to his many nieces and nephews.  They also joined various bowling and card leagues over the years.  He and Wanda never traveled much, he says, because “I was too busy working.”  When he did have spare time, Glenn says that he “did a little gardening,” and he liked to read, especially the paper.

Glenn and Wanda lived in the apartment on Belmont their whole married life, both of them continuing to working the exact same jobs they had when they first met.  Glenn worked until he was sixty-five, when he had to retire after he got “laid up” after having various minor surgeries.  In 1988, Wanda passed away.  After that, Glenn lived alone in the apartment on Belmont, but he relied heavily on his sisters, Ida and Pearl, and their families for help.  His sister, Charlotte, had already passed away, and Mary became a nun early in life.  All of his brothers were either dead or living in another state, so it fell on Ida and Pearl, or their children, to stop over to make sure Uncle Glenn was okay or to help him shop or clean.

This arrangement worked for several years until Glenn fell in his apartment and was taken by some neighbors to the hospital, where it was discovered that he was also suffering from pneumonia.  After spending several weeks there, recovering, the discharge staff at the hospital did not feel he would be able to adequately care for himself at home, so nursing home placement was recommended.  Glenn is upset at being admitted to a nursing home and blames the doctor for putting him here.  His sisters have tried to explain that they cannot care for him, having their own health issues, and that it is safest for him in a staffed facility.  Usually, Glen accepts this, but he sometimes forgets and then gets frustrated all over again.  His family is extremely supportive of him, though, and someone visits at least once per week and often more.

Meanwhile, Glenn seems to be trying to make the best of his situation.  “You have to work hard and keep busy,” is his motto for getting through hard times, “like now,” he says.  He enjoys watching baseball on TV with other male residents and playing bingo, but at times he can be found clearing tables or straightening chairs in the dining room for “something to do.”