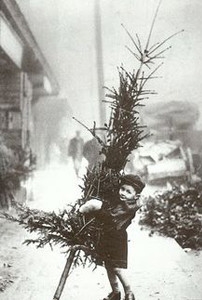 In honor of Christmas and of the forgotten Chicago residents of Czech/Slovak/Bohemian descent, many of whose true-life stories populate “Novel Notes of Local Lore,” this week’s blog will include a round-up of intriguing Czech Christmas customs:

Have a very Merry Christmas and a Happy 2016!