A Sicilian Immigrant With a Passion For Sports 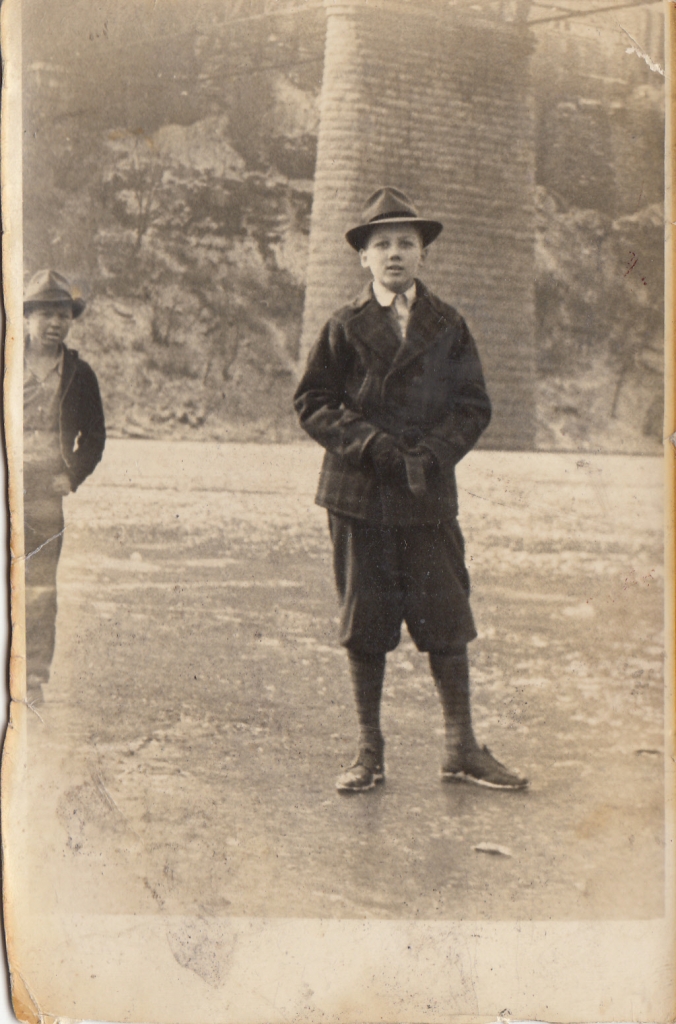 Umberto Sartori was born on February 23, 1916 in Biscari, Sicily to Stefano and Lucia Sartori.  Stefano and Lucia married very young and had six children, but when Lucia was just thirty-three, she caught pneumonia and died.  Grief-stricken, Stefano decided to pack up the six children and move to America to start his life over.  The Sartoris settled in Chicago, and Stefano took any job that came along until he eventually became an importer/exporter of cheese and olive oil.  He died at age sixty-two when he was mysteriously hit by a car.

Umberto attended high school and college and even went on to get his masters in physical education from George Williams College.  His first teaching job was at the University of Illinois, Chicago when it was still located at Navy Pier.  When the university outgrew Navy Pier and a new facility was built at Harrison and Halsted, Umberto moved with them.  While there, he continued to teach classes and also became the director of the intramural sports program, his favorites being basketball and softball.

In his free time, Umberto joined a bowling league, which is where he met his future wife, Estelle.  Estelle was also on a team with her friend, Maria, and her sister, Ann, and Ann’s husband, Jim.  Umberto happened to know Ann from the university and came to watch their team perform.  Ann introduced Umberto to her sister, Estelle, and the two hit it off right away.  They married and had two children, Tom and Nancy.  “He was a good father,” Tom says.  “He got us into every sport under the sun and went to all of our games religiously.  He had a real passion for sports.  His dream as a kid was to make the major leagues in baseball, but it didn’t happen, so he decided to teach and coach instead.”

When Estelle died suddenly in 1973 of a heart attack, Umberto was grief stricken.  He threw himself even more into his work and became almost a recluse, as Tom and Nancy had already moved out of the house.  So when two years after Estelle died, Umberto began dating again, Tom and Nancy were delighted.  They were happy, they say, that he seemed to be moving past the grief of their mother’s death and was interested in seeking out the company of other women.  But they were a little shocked when he began to seriously date a woman by the name of Patty McConnell, who was thirty-two years his junior.  Umberto met Patty at the University of Illinois, where he still taught and where Patty was also working on her masters in physical education.  In 1975, when Umberto was fifty-nine and Patty was twenty-seven, they married.

After a few years together, Patty was offered a job in North Carolina, so she and Umberto and Patty’s daughter from a previous marriage, Jennifer, moved to Charlotte.  After a few years there, they moved again to New Jersey for a new job for Patty.  At this point, Umberto was retired.  In all, they were together for about twelve years when Umberto started to show serious signs of aging and was eventually diagnosed with Parkinson’s.  In the end, Patty could not deal with Umberto’s disease, and the two divorced.  Patty and Jennifer remained in New Jersey, and Umberto returned to North Carolina.  He lived there on his own for about four or five years until his Parkinson’s had progressed to the point that he could no longer care for himself.

Defeated and depressed, he returned to Chicago and moved in with his daughter, Nancy, who cared for him with the help of Tom and his wife, Leyla, who lived in the apartment below.  Nancy and Tom tried valiantly for a year to care for their father, but it began to be too much.  Whenever they would bring up the topic of a nursing home, however, Umberto became very angry and was completely resistant to the idea.  Nancy and Tom, struck with horrible guilt, sought out the help of a therapist to deal with their many feelings about Umberto and what to do.  Eventually, the arrived at the decision to place Umberto in a nursing home for everyone’s well-being.

As expected, then, Umberto is not making the best transition to his new environment and is particularly frustrated by his limited physical and verbal abilities.  He struggles to walk without assistance and has a hard time expressing himself now that his disease is so advanced.  He is usually polite to the staff, but he has a lot of anger toward Nancy and Tom.  He says that he feels abandoned and depressed, though he admits he cannot care for himself.  He has yet to make any friends at the home and focuses, almost obsessively, on the physical exercise programs offered, though he is not able to fully participate.  Nancy and Tom are heartbroken about their father’s condition but continue to try to support him and visit multiple times a week, despite Umberto’s anger and sometimes indifference toward them.