She Worked the Walgreens Cafe Counter For Over 20 Years 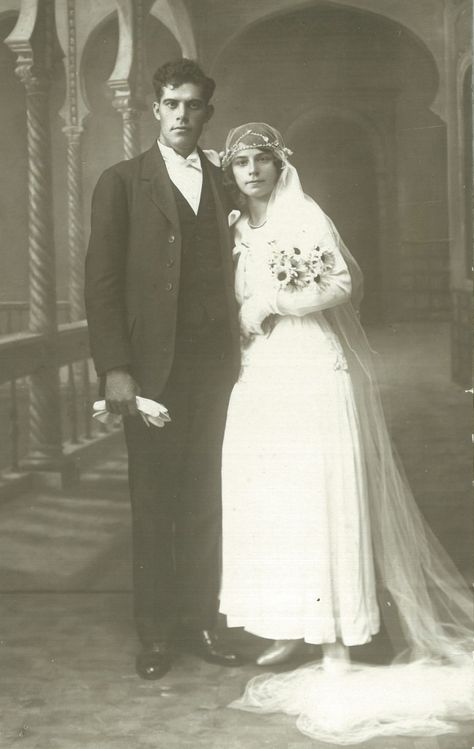 Ula Wojcik was born on October 24, 1906 in Indianapolis to Samuel Szymanski and Wislawa Mazur, both of who had immigrated to the United States in 1903 from Poland.  Wislawa had been married before, but her husband died young, leaving her with two little girls, Teresa and Stefania.  Not long after her husband’s death, Wislawa met and married Samuel Szymanski, who persuaded her to go to America and start a new life.  Wislawa was reluctant to bring her little girls to what she believed to be a wild and scary place, so she left them with her mother.

The couple somehow made their way to Indianapolis, where Samuel found work in a factory, and Wislawa cleaned offices at night.  They eventually had two children: a daughter, Ula, and then a son, Mariusz, two years later.  When the children were four and two years old, respectively, Samuel and Wislawa decided to move back to Poland, though no one in the family is exactly sure why.  Once back in Poland, Ula attended school for a few years before quitting to get a job.  Life was very hard for the family, and when Ula was in her twenties, she decided to return to the United States on her own.

Ula made her way to Chicago, where she found work in a factory.  After only being in Chicago a short time, she met a man by the name of Oskar Wojcik at a dance.  Oskar was also a Polish immigrant and worked as a house painter.  Though he was seventeen years Ulan’s senior, he asked her to dance and then asked to walk her home.  They began dating, then, and eventually got married.  Ula continued working at the factory until their first child, Barbara, came along, after which Ula quit her job to stay home.  Another baby, Thomas, followed soon after.

Shortly after Thomas’s birth, however, Oskar died suddenly of a brain tumor.  They had been married for only a little over two years.  Ula was left alone in a still-strange country with two little children and unable to speak English very well.  She considered returning to Poland, but she knew life there would be even worse, so she instead looked for a job.  She began bussing tables and working in the kitchen of a little café near their apartment.  When it eventually went out of business during the depression, she managed to get a job doing the same thing at Walgreens, where she worked behind the café counter for over twenty years, learning many of the customers by sight.

While she was working, she left Barbara and Thomas with her landlady, who became a good friend to her.  In this way, Ula somehow managed to scrape by and raise Barbara and Thomas on her own.  She never wanted to marry again, she says.  Oskar was the love of her life, and she never entertained being with another man.  Ula lived in the same apartment on Harding for just over twenty-seven years until the landlady died and the new owners of the building told Ula that she had to get out.  At that point, Barbara was married and living in a bungalow on Sacramento, so Ula went to live with her and her husband, John.  Barbara and John could never have children, so when John died of cancer at age sixty-four, Ula and Barbara were left alone.  This might not have been such a bad situation except that Barbara was having some serious health problems herself and could not really take care of Ula, who was eighty-one at the time.

Ula’s son, Thomas, and his wife, Carol, then offered their house to Barbara and Ula.  Tom and Carol’s three children had already left the house, so Ula and Barbara moved into the kids’ old rooms.  Apparently, it was a situation that suited everyone until just recently when Ula has begun to be more and more confused.  The family describes her as being “in her own world” most of the time now and often speaks to them as if they were all living in Poland.  She frequently asks for her parents and siblings, all of whom have long since passed away, except Mariusz.  Her daughter, Barbara, says that they would have been able to handle Ula’s confusion, but she has fallen twice now, and they are worried it will happen again with potentially more serious outcomes.  She has also been leaving the burners of the stove on and has been hoarding scraps of food and hiding them under her mattress.

So it was with great agony that Barbara and Thomas decided to admit Ula to a nursing home.  Barbara and Carol assisted her in the move, which went surprisingly well.  Ula seems to welcome the chance to speak Polish with the other residents, though she does not always seem fully aware of where she is.  Barbara reports that her mother was able to speak English pretty well from her years working at Walgreens, but in her older age, she has oddly lost this ability.  She seems to still understand English, but has a hard time speaking it.  Though she is at times nervous and agitated, Ula is overall making a smooth transition and enjoys doing embroidery and attending bingo and morning mass.  She was a very active member in her parish, St. Mary of the Angels, where she was at one time a part of the Rosary Sodality.

Barbara and Thomas visit her frequently.  They still feel guilty, they say, about putting their mother in a nursing home when she did so much for them, but they feel that is ultimately the best place for her.