She Was Born “A Normal Little Girl” 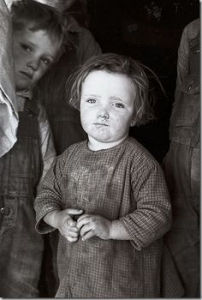 Esther Matula was born in Chicago on August 13, 1929 to George Matula and Nicola Pacek, both of whom were children of Bohemian immigrants.  George was born in Chicago and worked as a “heat treater” in a tool factory, and Nicola, who was born in Rice Lake, Wisconsin, cared for their four children: Vincent, Esther, Darlene and Herman.  From time to time, Nicola helped out at the corner grocery store for extra money, but she was frequently ill and in and out of the hospital so often that she didn’t earn much.

Esther was always been considered to be “mentally retarded,” but Esther’s younger sister, Darlene, believes that Esther was actually born a “normal little girl.”  As a young adult, Darlene spent a lot of time questioning various aunts and uncles and cousins and has concluded that Esther was not born “retarded” as everyone has always labeled her.  Darlene discovered that one fateful day when her mother went out, Nicola put George in charge of watching the children, which, at the time, was just Vincent and Esther, who was only a toddler.  Apparently George got drunk, as usual, though he promised Nicola that he would not, and left the cellar door open.  Esther wandered by and fell down the stairs, which is apparently when her “retardation” began.

The obvious person to ask the truth would of course have been Nicola, but she unfortunately died at the young age of 38.  Always ill, Nicola’s doctor finally diagnosed her with a “poisonous, inward-growing goiter” and told her that she did not have long to live.  Informed with this tragic information, Nicola knew she had to make a very difficult decision.  She knew she could not leave Esther, who was just thirteen at the time, with George after she was gone, as, not only was George an alcoholic, but he was cruel to Esther as well, constantly teasing her and threatening to cut off all her hair, which never failed to throw Esther into hysterics.  So before she died, Nicola packed up Esther and took her to a mental institution, where she felt she had no choice but to leave her, despite Esther’s screams to not be left behind.

Nicola returned home, utterly depressed, and was not long after again admitted to the hospital.  She did not expect to ever go home again, but when she was surprisingly released, she made her way home and flew into a rage when she found George drunk again.  Darlene remembers her mother yelling and screaming more than she ever had before, so much so that she collapsed and died right in front of them of a cerebral hemorrhage.

On the day of Nicola’s funeral, Vincent, just seventeen, declared that he was joining the navy, that he wasn’t going to “get stuck washing dishes and caring for brats.”  He left the very next day.  Darlene was eleven, and Herman was ten.

Though Nicola had placed Esther at a Catholic facility in the city, the staff eventually transferred her to the mental asylum in Dixon, Il., where she lost contact with her family for many years.  Darlene eventually married and moved to Arkansas, but she always felt guilty about leaving Esther behind in Illinois.  Over the years, however, Darlene has been able to communicate with Esther over the telephone.  Supposedly, Esther recognized Darlene’s voice before Darlene could even explain who she was and was overjoyed to hear from her sister.  After that, Darlene tried to get her brothers to call Esther as well, but both have refused, saying that Esther wouldn’t remember them anyway.  Darlene has many times explained to them that, actually, Esther does in fact remember them and that she asks about them during every single phone call.  Darlene has also told them that, amazingly, Esther remembers many family members and stories from way back.  Still, Vincent and Herman have refused to call Esther even once.  Darlene suspects that they feel too guilty, especially when she told them what she found out from their aunts that Esther, despite her damaged mind, loved her siblings very much and that she had always been very protective of them until she was taken away.

When she reached her sixties, Esther was transferred to various nursing homes that could better care for her until she was finally placed in a facility called “Our Special Place,” which was a community house for seniors with mental disabilities.  Esther apparently loved “Our Special Place,” the first “home” she had lived in since age thirteen.  Esther stayed there for several years until she began having seizures and had to have brain surgery.  Upon being released from the hospital, she was required to go back into a normal nursing home to recover, which has been very disorienting and upsetting to her.

Though Esther is officially under the care of a state-appointed guardian, Darlene has been kept informed.  She is very distraught at the thought that Esther had to leave “Our Special Place,” and is trying to convince Esther’s guardian to let Esther go to Arkansas to be near her.  Darlene hopes that Esther can come to live with her, but as Darlene is now legally blind and is also diabetic, this does not seem to be a realistic plan.

Meanwhile, Esther is not making a smooth transition.  She is not able to communicate effectively with other residents and has no desire to participate in activities.  Her only solace is listening to music.  Darlene calls her every other day, but Esther finds it difficult to talk.