“She Played Me For a Fool” 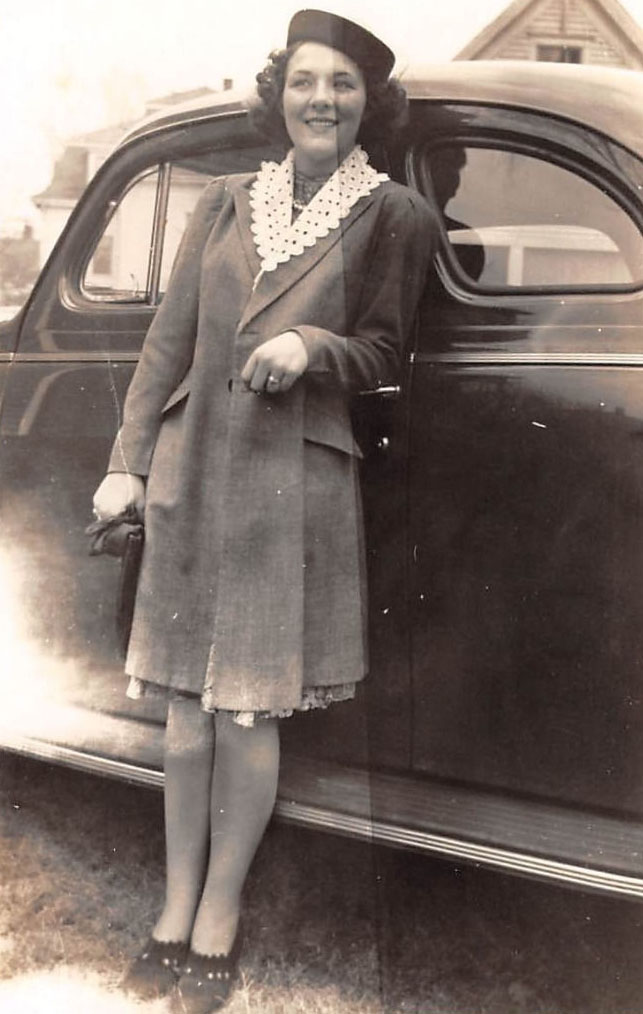 Beatrice “Bea” Weber was born on February 12, 1903 in Chicago to Francis Moran and Sarah O’Toole.  Both Francis and Sarah were born in Dublin, Ireland, where Francis worked as a butcher and Sarah stayed home and cared for their two sons, Herman and Daniel.  When Daniel was just a baby, Francis and Sarah decided to immigrate to America, hoping for a better life.  They made their way to Chicago and settled in an apartment on Halsted on the south side and there had two more children, Bea and Nellie.

Bea attended elementary school and was apparently very athletic.  She loved to swim and also loved to play basketball, which was unusual for a girl at the time.  When she graduated from eighth grade, she got a job at Andies Candies, where she worked for a couple of years before getting a job as a bank clerk at Citizens State Bank, a job she kept until she retired at age sixty-eight.

At some point, she met a young man by the name of Peter Weber, who had also been born in Chicago, though his parents had emigrated from Germany.  Peter worked as a sales rep for Phillips 66.  After they were married, they got an apartment on the north side on Glenwood, but moved to various apartments around the city and Park Ridge until they eventually bought a house on Pratt Avenue.

Bea and Peter never had any children, so they both continued working at their respective jobs and joined many clubs and organizations, such as the Elks and the Rotary.  Likewise, they were on various bowling leagues for many years.  Bea even convinced Peter to join the couples softball team at Citizens Bank, though he was reluctant to do so, not being as fond of sports as Bea was.  They also traveled often, especially with Peter’s job, and visited almost every state in the country, including Puerto Rico.

Apparently, Peter was a very kind, subservient man with a very nervous disposition.  He developed peptic ulcers and then was diagnosed with prostate cancer and some sort of blood condition.  He died eventually of pneumonia in 1984.  Following Peter’s death, Bea lived alone for many years in the house on Pratt Avenue.

As Bea aged, she became less and less social and more and more dependent on her nephew, Lou, and his wife, Mary.  Lou was Bea’s sister, Nellie’s, only son, and Bea always had a soft spot for him, especially as she never had children of her own.  At first, Lou says, he and Mary were happy to help out, stopping over a couple of times a week to clean or to take her out for errands, but when Bea began to repeatedly call them in the middle of the night for various reasons, it started to become a strain.

The first time Bea called them in the middle of the night, it was wintertime.  Bea telephoned Lou, crying, saying that her gas and electricity were off and could they come over and help her, as she was very cold.  Lou and Mary rushed over, only to find Bea sitting in the kitchen, waiting for them with a pot of coffee made, the gas and electricity working perfectly.  Her explanation to them was that the electricity had miraculously come back on just before they had arrived.  Lou says that his Aunt Bea “pulled this stunt,” or similar ones, many times.

Eventually, Lou and Mary became less willing to dash over and “rescue” Bea from false alarms, so Bea apparently started disconnecting everything herself.  In the summer months, this would cause the food in the fridge to go bad, which was infuriating to Lou and Mary, on top of everything else, because they were the ones that had gotten the groceries for her and paid for them!  Even so, they warned Bea that if the power was off—for whatever reason—that she should not eat any of the food in the fridge in case it had spoiled.  Inevitably, however, when Bea would call to say that nothing in the apartment was working, causing them to reluctantly go over to reconnect everything, they would find Bea calmly sitting in the kitchen eating the spoiled food.  “It was almost as if she did it to spite us,” Lou says, as any other time, she refused to eat anything that wasn’t a dessert.  “She basically lived on sugar,” he says.

When Lou and Mary stopped “falling for her shenanigans,” as Lou began to call them, she “thought up a new tactic.”  She began calling them in the middle of the night to come over and cut the grass.  When they refused to, they would get calls from the neighbors, saying that Bess herself was outside cutting the grass at night and could they come over and stop her, as she was waking up the neighborhood.  After this happened six nights in a row, Lou reached the “end of my rope.”  She had also stopped doing any cleaning in the house and refused to take a bath or see a doctor, for any reason.  Lou says he tried to reason with her many times, but she had a very short temper and would scream and yell at him and vehemently deny everything.  “All her life, she was a mean, selfish, stubborn, manipulative woman,” Lou says.  “I don’t know how Uncle Peter put up with her for so long.”

Lou and Mary tried to talk to her about going into a nursing home, but she refused to even discuss it and screamed at them.  As her Power of Attorney, however, Lou decided to finally call the Department of Aging, as he didn’t know what else to do.  They sent someone to Bea’s house on several different occasions and eventually determined that Bea would indeed be better off in a home.  Apparently, Bea willingly went with two representatives from the Department of Aging to Bethany Methodist Hospital, where she was admitted to the psychiatric ward for twenty-one days and diagnosed with dementia.  She quickly became a favorite of the staff, who reported her as being a very sweet woman, which infuriated Lou, who claimed it was “all an act” and that she had “played him for a fool for years.”

Bea has recently been discharged to a nursing home and seems very confused and disoriented.  She does not seem to comprehend where she is and is concerned that Peter is at home alone, waiting for her.  On the other hand, she has expressed interest in many of the home’s activities, especially the Resident Council.  Likewise, she has offered to help in any way she can, saying that her two talents are handwriting and sewing, if the staff has any need of those.  So far, she has exhibited no problem behaviors.  Lou and Mary, however, who are currently visiting daily, are more leary and seem scarred by their long ordeal with Bea.  They repeatedly warn the staff not to be fooled.  “It’s just the calm before the storm,” Lou says sadly.  “She’ll soon be up to all her old tricks.”