She Married a Prisoner of War 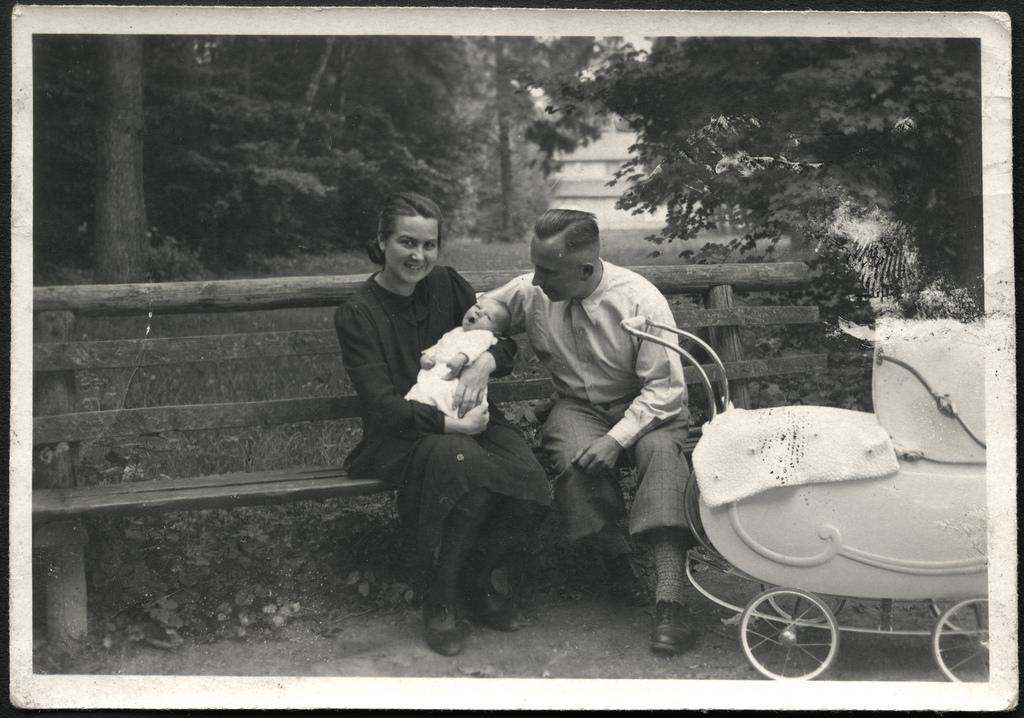 Apolena Moravec was born on June 30, 1902 in Korovyntsi, Ukraine, though Apolena refers to it as being part of Russia.  Her father, Alexei Popov, was Russian, and her mother, Helena Lisiewicz, was a Pole.  Alexei worked as an accountant, and Helena cared for their five children, of whom Apolena was the youngest.

Apolena attended elementary and high school and was even allowed to attend a training school for two and a half years to become a teacher.  Shortly after she began her first job as a new teacher, she somehow met a young prisoner of war, Dusan Moravec, in a Russian prison camp.  He had been a soldier in the Austrian army during WWI and had been captured and taken to Russia.

When Dusan was eventually released, he and Apolena married and moved to Prague, where Dusan was from originally.  The two set up house there, and Dusan found work as a bookkeeper.  Apolena stayed home with their two children: Anna and Honza.  Dusan and Apolena apparently had a very happy life together until Dusan died in 1955 at age 55 of stomach cancer.

Several years later, in 1969, Honza decided to try his luck in America to start a new life.  After only about a year, he had found work in Chicago and sent for Apolena and his sister, Anna, and her family, to join him.  For a while, the whole family lived in one small apartment in Broadview, Il. until they all found work and separate places to live.

Apolena found work in a day care near the apartment in Broadview, where she continued working for almost twenty years.  She loved working with children and says that often she wished she could have spent more time as a teacher back when they lived in Europe.  Eventually, Anna’s husband, David, was offered a better job in Springfield, Il, so they moved there.  They offered to take Apolena with them, but she was reluctant to move yet again and to give up her job.

For several years, Honza lived with her until he met a woman, Donna Scheglitz, and got married. Honza was already into his fifties at this point and says he never married before because he didn’t feel financially stable enough.  Sadly for Apolena, Donna wanted to move back to her hometown of Lakeside, Michigan, shortly after they were married.  They, too, offered to take Apolena with them, but she was determined to stay put.  After only eight years, however, Donna died.

Not long after that, Apolena fell and broke her hip.  She was able to recover, but she had to quit her job, and she began to get very bored and lonely.  For the first time, she regretted her decision to live on her own, so she called Honza and asked if she could come and live with him, suggesting that they might be nice company for each other in the wake of Donna’s death.

Honza agreed, though he had doubts as to how stimulating his small house and life would be for her, especially as he was still working and not home very often.  When he went to get her, he was shocked, he says, by how much she had deteriorated.  It wasn’t just her physical state, but her mental state had altered, too, he noticed.  She was now paranoid and depressed and never wanted to be left alone, often crying whenever Honza went out.  He urged her to get involved at church or the senior center nearby, but she was terrified of leaving the house.  Finally, Honza suggested that perhaps she should go and live with Anna instead, who had a husband, kids and even grandkids to keep her company.

Apolena considered this, she says, but ultimately decided against it, especially as it was becoming harder and harder for her to get around.  Thus, at age ninety-two, she decided she was “old” and that she should go to a nursing home rather than burden her family any more.  She made the decision then to return to Chicago so that she could be admitted to a Czech nursing home.  Honza drove her, and Anna came up from Springfield to help her get settled.

So far, Apolena has made a smooth transition.  She loves her roommate and would be content to stay in their room all day and chat or watch TV.  Still suffering to a certain extent from paranoia and fear, she rarely ventures outside her room.  When the staff invite her to an activity, it takes a lot of persuasion to get her to come out.  Once at the activity and surrounded by people, however, she enjoys herself very much.  She says she has no complaints and is just grateful to have someone to talk to.