“She Hated Men With a Passion!” 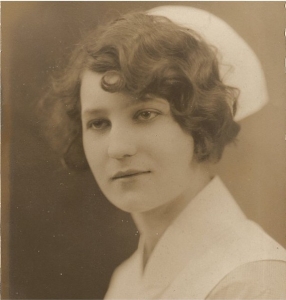 Jadwiga Jurkiewicz was born on December 26, 1906 in Pennsylvania to Polish immigrants, but she later changed her name to Judy Jurka. She was one of six children, including two sets of twins, of which Judy was one. At age three, however, Judy’s twin died, possibly of the flu epidemic.  Likewise, when Judy was six, her mother also died, leaving her father distraught and unable to care for the five remaining children. His sister came to live with them for a while, but she eventually had to return to her own family, leaving the father again confused and grieving.

Not knowing what to do, Judy’s father turned to his parish priest, who advised him to put the children in an orphanage. This was quite common in the early part of the last century. Many children in orphanages actually had living parents who for one reason or another couldn’t care for their children and so sent them away. Judy and her sisters were separated from her brothers and placed in two different facilities. Judy’s father visited often, but he, too, died young, making them true orphans.

When Judy turned sixteen, the nuns at the orphanage sent Judy to St. Mary of Nazareth School of Nursing in Chicago. Judy did well there and made many friends and eventually became a nurse. She had learned how to do fancy embroidery work at the orphanage and continued to do it as a hobby even after she left. She enjoyed it so much that she formed a sewing circle with some of the other nursing students at St. Mary, and it was at about this time that she met her life-long friend, Alice Shaw.

Alice, it seems, was the opposite of Judy, who was a very independent, tough, private person, perhaps because she needed to be to survive all those years in the orphanage.  Alice was the more compassionate of the two friends, and she often acted as a sounding board to Judy’s rants.  One of the things that Judy could not seem to “forgive and forget” was the fact that her sister had been raped by a priest in the orphanage and later suffered a mental breakdown because of it. She was sent away to a mental institution, and Judy never saw her again.  Likewise, Judy’s younger brother was also later killed in a farm brawl somewhere in Nebraska, which Judy never understood, as she always described him as a very timid, gentle soul. Both of these things, and others, affected Judy very deeply, and she was never able to really to get over them.  Judy became very attached to Alice and was devastated when Alice told her that she was getting married.

Judy “hated men with a passion” and begged Alice not to go through with the ceremony.  Alice persevered, however, and was apparently very happy with her choice.  She and her husband had a little girl, Margaret, to whom Judy became “Auntie Judy.”  Despite her marriage, Alice remained Judy’s lifelong friend and often tried to help her move past some of her bitterness.  Margaret reports that her “Aunt Judy” was a very kind and loving person to those in her immediate circle, but she could be very particular and stubborn and that she had a fiery temper.

Judy never married, but instead focused on her career as a private duty nurse and on traveling, which became a passion for her.  She traveled the whole world and spent some of her winters in Florida, where she enjoyed walking on the beach and talking to local fishermen. She never had any hobbies besides sewing and did not belong to any church, saying that she did not believe in organized religion.  Judy eventually retired at age 65 and has spent her retirement years going between Chicago and Florida.

Judy has been contentedly living alone until recently, when she was diagnosed with colon cancer.  She was hospitalized for a time after a colostomy and was unable to care for herself at home, particularly as there was no one around to help her.  Alice passed away in the late 1980’s, and Margaret had since moved out of state.  Margaret is listed as her “next of kin,” however, so when the hospital discharge staff called her, she flew back to Chicago to help Judy choose a nursing home.  She remains very devoted to Judy, and frequently comes back to visit her and telephones her weekly.  She is Judy’s only support system.

Meanwhile, Judy is not making a smooth transition, even at Margaret’s urging.  She refuses to participate in any activities or to meet any residents.  She is extremely depressed and some days even refuses to get out of bed.  She says she only wants to die.  “My life is over.  Look at me,” she frequently says to the staff.  It is hoped that she might yet embrace her new life at the home with staff intervention, as well as encouragement from Margaret.