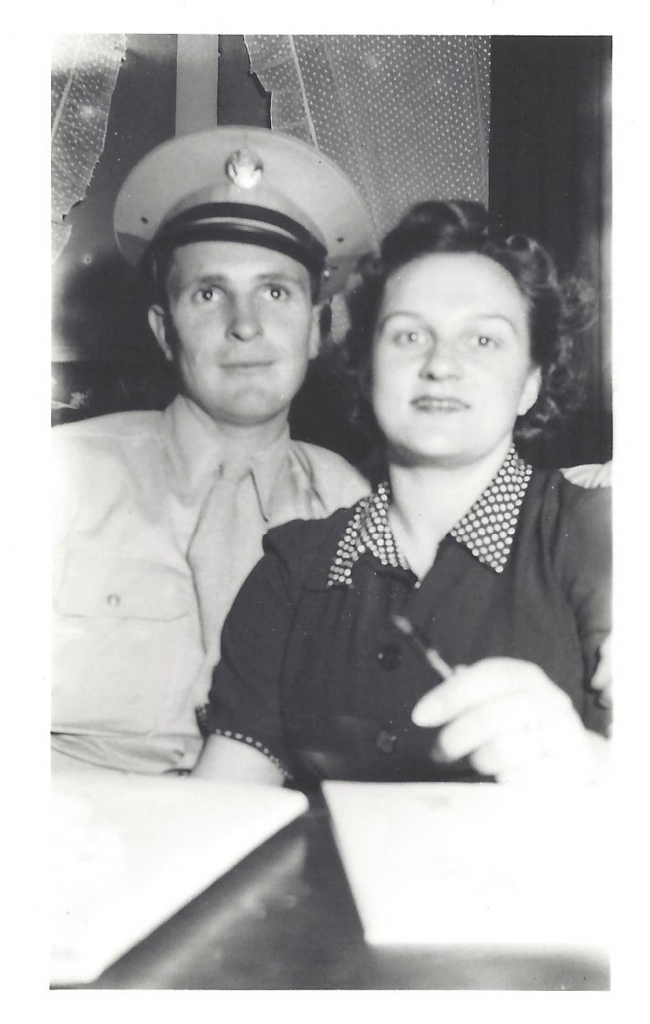 Adam never married, though his nephew, Frank, says that there has always been a story in the family that Uncle Adam had a love affair while he was stationed in Italy.  It was something that he never spoke of, merely hinted at.  One Christmas, however, when they had all been drinking heavily, Adam told Frank cryptic bits of the story, saying that he had fallen in love during the war with an Italian woman by the name of Josienne, whose husband was also off fighting in the war.  Adam told Frank that he had kept up a correspondence with her for several years after the war and had only one picture of her (shown above).  He apparently begged her to come to the United States, but she never did.  Eventually, Josienne’s letters had stopped coming altogether, and Adam never heard from her again.  Sadly, he had no way of finding out what might have happened to her.

Frank says that he has tried to bring up the subject several times over the years, but Adam no longer wants to talk about it, saying “that’s all in the past now” and almost seems embarrassed that he ever mentioned it in the first place.  Frank reports that he would occasionally urge his uncle to try to find someone else, but Adam was never interested, usually replying that someone needed to “stay home and care for the old ones,” meaning, of course, his parents.  As the youngest, this job fell to him, especially since all of his older brothers had long ago married and moved out.

Thus, Adam remained at the house on Hutchinson and dutifully cared for Teodor and Cecilie as they aged.  Teodor eventually died at age eighty-four of what was probably prostate cancer, and Cecilie five years later.  “Uncle Adam was a good caretaker,” Frank says, and even gave Cecilie her insulin shots in the later years.  After both of his parents died, Adam continued to live alone until the early 1990’s when he fell and broke a hip.  He spent several weeks in the hospital, during which time it was also discovered that he had prostate cancer.  He was determined to go home, but Frank convinced him to go to a nursing home, at least for a time.  Adam agreed to go temporarily, though Frank and the rest of the family see it as a permanent move, given his prognosis.

Adam, for his part, says “there’s no place like home,” but seems to enjoy his new surroundings none-the-less.  He is extremely alert and aware and is cognizant of the inner workings of the home itself and the various roles and schedules of the staff.  He enjoys sitting with other male residents to watch any type of sports game, except soccer, which he says he “has no time for.”  His favorite thing to do when he was at home, when he wasn’t working, was to potter about the yard and have a beer with his friends.  He religiously read the Chicago Tribune daily from “cover to cover” and still does, even here at the nursing home, and loves doing the crossword puzzle, a lifelong habit.