“She Was Happiest With Children” 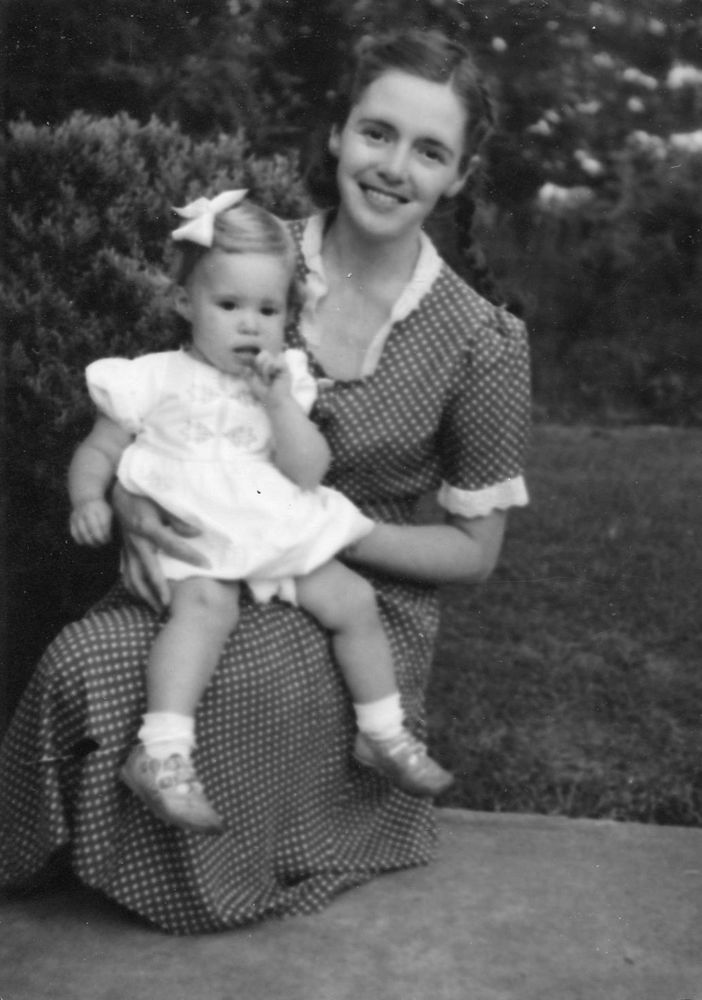 Zuzka “Susan” Vacek was born on July 31, 1902 in Bohemia to Adam and Bela Bobal.  Adam worked as a farmer, and Bela cared for their eight children: Berta, Zuzka, Ambroz, Erik, Euzen, Vera, Klement and Ladislav.  Zuzka went to school until about the equivalent of eighth grade and then quit to help her mother with the housework and caring for all the children, a task she apparently didn’t mind, saying that she preferred that to having to go to school.

In her teen years, Zuzka’s older sister married a boy from their village by the name of Josef Chalupa.  Not long after their wedding, Berta and Josef surprised the family by immigrating to America.  They settled in a community called Cicero, just outside of Chicago.

Zuzka remained behind to help her parents, but decided, after her twenty-fifth birthday and much soul-searching, to join Berta and Josef in America.  Adam and Bela were reluctant to let her go on her own and tried to persuade her brother, Ambroz, who was closest to her in age, to go with her.  But Ambroz had met a young woman at this point and wanted to stay and marry her.  Plus, he had a good job on a neighboring farm, and he didn’t want to give it up.  Erik or Euzen were not a good option, either, because Adam depended on them to help him with his own farm, and Klement and Ladislav were too little.

Adam and Bela thus tried to talk Zuzka out of going, but her mind was made up.  Finally, after much arguing between them all, Adam and Bela agreed to let Zuzka go, and so she set off on her own in the autumn of 1927.  She traveled alone on the ship to New York and then made her way to Cicero by train, where she was eventually reunited with Berta and Josef.  She lived with them and found a job at the Bohemian Orphanage on Foster Avenue in the city, a job she was good at after caring for all of her siblings over the years.  Not only was she a hard worker, but she was supposedly always happy and friendly with the children at the orphanage and came to be much loved there.

Berta and Josef already had three children by the time Susan (as she was called in America) came to live with them, so they did not go out much.  They were part of a Czech organization in Cicero, however, and often attended dances at the meeting hall.  Susan, of course, would go along with them, and eventually was introduced to a man by the name of  Stephen Vacek, who had also been born in Bohemia.  Stephen was a widower with two sons, Frank and Paul, and worked as a tailor.

Stephen asked Susan to dance and later, at the end of the evening, nervously asked her out on a date.  He thought her “the most beautiful girl he had ever seen.”  Bashfully, she accepted.  Stephen and Susan began dating in earnest, then, and married the following year.  Susan moved into his house in Berwyn and took on the role of mothering Frank and Paul, both of whom she grew to love as her own sons.  Stephen and Susan had one child together, a little girl they named Lucy.  Susan said she wanted more children, but none ever came.

When the depression hit not long after their marriage, Stephen lost his job.  After months of searching, he finally found work as a milkman, but it was on the south side of Chicago.  Accordingly, then, the family moved.  Upon marrying Stephen, Susan had given up her job at the orphanage to stay home and keep house and care for the children, but after the depression hit and the subsequent move to an apartment on the South Side, she needed to bring in some money.  She eventually did find a job as a sewing machine operator on the night shift in a factory that made all types of men’s uniforms.

Susan and Stephen had a very good life together, says their daughter, Lucy.  “Mom was always a happy person.  Nothing seemed to get her down, and she was interested in everything.”  She loved to garden, cook, bake, sew, sing and dance, among other things.  Her real joy in life, however, says Lucy, was children.  “She had a real gift.  She would have made a great teacher.”

Sadly, in 1958, Stephen, significantly older than Susan, passed away of “natural causes.”  After Stephen died, Susan decided to move back to Cicero where Lucy had returned to live, now with a husband and four children.  Susan got a job in a shop in Cicero and continued working until she retired in 1972 at age 70.  When she wasn’t working, she spent a lot of time watching her grandchildren and also became very involved in the Czech community.  She joined many Czech clubs and lodges and was even a delegate on the Board of Directors for the Bohemian Home, the orphanage where she had once worked that had since been converted to a nursing home.  She still enjoyed all of her old hobbies, as well, and once she retired, she began to do some traveling, too.

As the years have gone on, however, Susan has become more and more forgetful and confused.  When she began wandering in the neighborhood, Lucy felt she had no choice but to put her in a nursing home.  It broke her heart to do it, she says, but she couldn’t always be home to make sure her mother didn’t slip out of the house.  Lucy chose a local nursing home in Cicero because it was close and convenient, but later felt guilty that she had not taken her mother to the Bohemian Home, which had been such a big part of her life.

So, only after six months of being in the other facility, Lucy transferred Susan to the Bohemian Home, where she happily made a very smooth transition.  Though she is confused, she enjoys speaking Bohemian with other residents and loves the music and the Bohemian food.  She is a very sweet, kind, compliant lady who definitely likes to laugh.  She is able to walk without assistance and can always be seen carrying a baby doll in her arms, which she seems to think is real.  She says it is one of Lucy’s children that she is “minding” while Lucy is away at work.  No one has the heart to tell her otherwise, as she seems happy to again be caring for children here at the Bohemian Home, where she first started her life in America as a young immigrant girl all those years ago.