“Rats as Big as Cats!” and Other Stories from the Wonderfully Philosophic Oscar S. Cohen 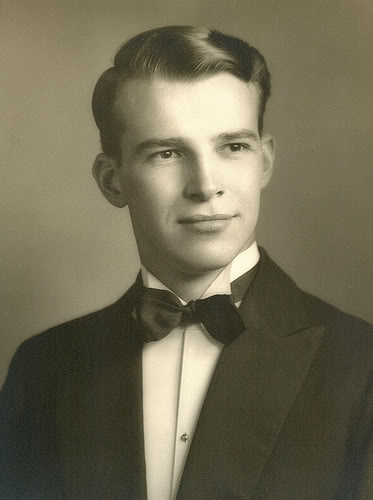 Oscar S. Cohen was born on June 11, 1921 in New York City to David Cohen, an immigrant from Czechoslovakia, and Gladys Feldt, a native New Yorker.  David worked as a shoe salesman, and Gladys cared for their two children: Oscar and Oliver.  Oscar describes his parents as extremely intelligent and remembers that his mother spoke beautifully.  She could speak to anyone, he recalls, “doctors, lawyers, the woman down the street.”  Oscar believes he inherited his parents’ intelligence, but sadly discovered it too late.  He feels that he was not given enough guidance or encouragement and didn’t realize his potential until later in life.  He learned a lot in grammar school under his strict, old-fashioned Irish teachers, but when he went to high school, he “didn’t learn a damn thing.”

After high school, he began working for an accountant and took business classes at City College of New York, the same school, he adds, that General Powell attended.  When World War II broke out, he quit his job and school and reported to the war office.  He got a deferment, however, because he was caring for his parents, so they asked him what other skills he had.  He then described his love for mechanics and how he was in the habit of building various things at home as a hobby.  Oscar believes it was this answer and his “beautifully printed application,” that landed him a job with the army working at Ford Instruments, which built, among other things, naval gunfire control units and later helped to develop computers.

Oscar worked at Ford Instruments until the war ended and then got a job working at Schlater’s Bar near the spot where Rockefeller Plaza now stands.  Oscar says that he did everything there—from watching the floor to bartending to being a manager of sorts.  In the role of manager, he had all the best musicians come in and play, including Dizzie Gillespie, his personal favorite.

During his years at Schlater’s, Oscar saw all of the “seedy parts of life” and watched “prostitutes, pimps, and muggers” working the poor side of town where the bar was located.  The best part of the job, he says, was the “free lunch of salted herring” and “free cigars.”  After about five years of this, however, Oscar and his brother, Oliver, deiced to buy a liquor store together.  They did not adequately research the neighborhood, though, Oscar says, as they discovered after the fact that there were five other liquor stores nearby.  Business was extremely slow, except at Christmas time, and they made very little money.

The last straw occurred when the neighboring fish shop was torn down and a colony of huge rats was unearthed.  Oscar found himself “eye to eye with rats as big as cats every time I took out the garbage!  I couldn’t take it anymore,” he says, and so he and Oliver sold the shop.  Besides the rat incidents, he was all the while becoming more and more disgusted with the whole cut-throat nature of the business, anyway.  He couldn’t stand cheating customers in order to make a profit, especially since he saw so much of that happening all around him.

So for the next year or so, he “knocked around,” doing jobs here and there.  He had several bigger opportunities, but he turned them all down, as most of them again involved him “taking advantage of people” in some form or another.  The fact that his job prospects seemed to be going nowhere, plus the fact that he was also diagnosed at this time with diabetes, convinced Oscar that he had to search for a new career.  He took some courses in lithography to become a film stripper, but realized that his eyesight was too poor to do that kind of work.  Instead, he opted for the printing side of things.  He worked in a couple of shops, learning the business and working in various positions until he became a pressman.  He then got a job at a bigger company, where he joined a printers union, and continued working there as a pressman for sixteen years.  It turns out that he was very well-suited to printing and learned many tricks over the years on how to be organized, fast and efficient.  Unfortunately, however, despite the fact that he had found a career he really liked, he had to retire when he was fifty-one due to arthritis in his hands.

Oscar lived in the same apartment he grew up in, having cared for his parents and his father’s cousin until they all passed away.  He did a little bit of traveling, taking trips to Philadelphia and the White Mountains, and liked to go out to hear live music.  He says he was never a heavy drinker, having seen enough of that during his years at Schlater’s Bar.  He smoked until he was seventy and then quit, though he doesn’t think he did much damage because he “never inhaled deeply.”   He also spent a lot of time at home listening to his collection of big band records and reading voraciously.  He is a avid fan of classic literature, Shakespeare and Cyrano De Bergerac being his favorites.  He enjoyed mechanical projects of any nature and did quite a bit of woodworking over the years, as well.  Despite the solitary nature of his hobbies, however, he is a very, very social person.  He attended the synagogue in his neighborhood in New York for years and had many friends there, but he never married.

His brother, Oliver, however, did get married, and just around the time Oscar was retiring, Oliver decided to move his family to Chicago.  Oliver and his wife, Judy, urged Oscar to come, too, but Oscar wanted to remain in New York and stayed there alone for another seventeen years.  When Oscar fell and broke a hip, however, in 1989, he was finally convinced by Oliver to move to Chicago so that he would be near family.  Oliver helped him to find an apartment in Rogers Park in a building for Jewish senior citizens.  Oscar enjoyed his new apartment and his new city, though over the next seven years, his health continued to deteriorate.

In that time, he had two more hip surgeries, cataract surgery, two operations on his intestines, a colostomy, prostrate surgery and eventually had to start dialysis.  His doctor calls him “a medical miracle” to still be alive.  He was recently hospitalized for various reasons for about six months, after which time his doctor recommended nursing home placement.  Knowing that he could no longer care for himself, Oscar agreed.  Before he was discharged, Oliver and his daughter, Pam, helped to find a place for him in a Bohemian Home on the northwest side, where he is making a smooth adjustment.

Despite all of his physical ailments, Oscar’s mind is crisp and sharp.  He loves words and loves to talk, but despises small talk.  He craves in-depth, intellectual conversations, and like his mother, Gladys, can speak on any subject—from the latest news, to Eleanor Roosevelt’s abilities to run the country during the Depression, to Shakespeare, to the national debt.  He calls himself a “chain thinker” because “one thought leads to another and another.”  Oscar credits his vast knowledge to reading every day on the bus back and forth to work, which, he says, was his “real education.”  Reading, he says, “is the secret to education and the secret to writing.”

Politically, Oscar describes himself as a liberal and doesn’t believe the current thinking that today’s problems are the result of problems in the family.  He believes that society’s problems are caused by poor educations and the lack of discipline in today’s youth.  He feels that “too much freedom is bad.”  On the other hand, he thinks minds can become closed with “too many rules and regulations.  They become warped somehow.”  People, he says, “are only interested in following an instruction book at work and have no room for initiative or invention.”

Despite these somewhat depressing theories, Oscar is not a bitter, negative, cynical man in any way.  He says, “Some people come out crying.  I was born laughing.”  He says that throughout his life, he was prone to worry, but he tried very hard to control it.  He handled stressful situations by “fumbling through them.”  He once read that the secret to happiness is to “keep laughing and keep in a good humor,” a philosophy he whole-heartedly adopted.  Indeed, Oscar is always laughing and has a wonderful sense of humor.   He is aggravated when people “blame God for everything.”  His theory is that “man shares 50/50 with God in ruling this world, and if something gets screwed up, it’s not God’s fault.”  Oscar is a delightful, charming man who loves to engage with all around him.