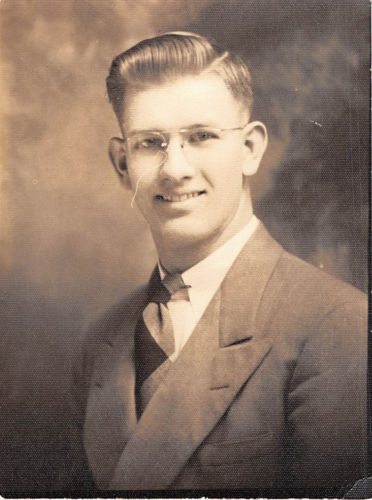 Andrew began drinking heavily to deal with his grief and could not find another job.  After a couple of years of this, Elizabeth announced that she was divorcing him.  She had run into an old boyfriend, she said, and was leaving Andrew for him.  Andrew begged her not to go, but she eventually moved out of the apartment, remarried, and went to live with her new husband in Wisconsin.

With no job and no money, Andrew was forced to leave the apartment, too, and moved into a cheap motel.  His sister, Danka, had died of cancer several years before, and he had been estranged from Martina from a young age.  “We never got along,” Andrew says, and he eventually lost touch with her.  Even now, he has no idea where she is living or if she was even alive.  Thus, at the time of his divorce, he was very alone and really had nobody.  He had lost his best friend, his job, his wife and his immediate family.  He got odd jobs here and there, enough to buy cigarettes and alcohol with, but not much more.

He was eventually befriended by his next-door neighbors at the motel, a couple called Leo and Nellie, who claimed they had once been vaudeville entertainers and that they still made most of their money by acting or performing in various travelling shows.  Andrew had never met anyone like them and was amazed by their talents.  He loved it when they showed him magic tricks or did their juggling routine for him, and he especially took a shine to their little daughter, Josephine, or “Josie.”

Andrew, astonished that Josie had returned, says that he gave up drinking and smoking from that day forward.  He sobered up, got a job as a punch press operator, and moved into a decent apartment.  Josie and little Leo stayed with him for several years until Josie met someone new and got married.  They moved into their own apartment nearby on Pulaski, and Josie had two more children.  She and Andrew stayed very close, however.  Andrew says she is like a daughter to him, and, in turn, Josie refers to him as “Pops.”

Andrew says he is so very thankful that he made the choice he did, and that Josie didn’t give up on him.  Andrew was able to live on his own until 1992, when Josie found him unconscious on the floor of his apartment.  She called an ambulance, and he was diagnosed as having had a stroke.  He was then admitted to a neighborhood nursing home near where Josie and her family still live.