“The Tragedy of My Sister’s Life” 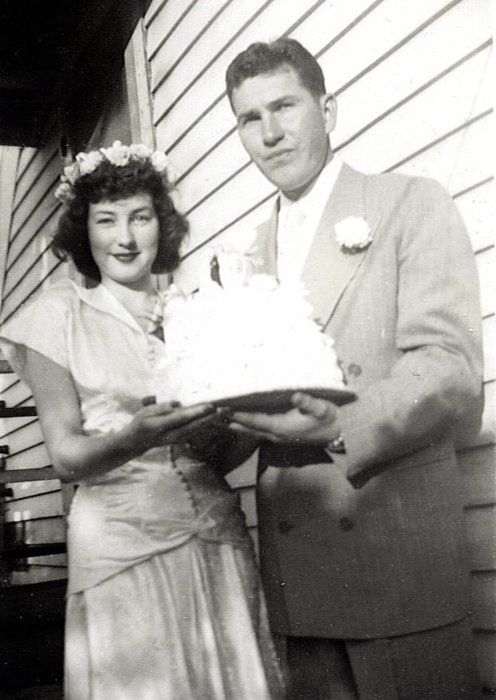 Anna Fox was born on April 12, 1918 in Russia to Aron and Riva Kaplan.  Aron was a shoemaker, and Riva cared for their five children: Anna, Lev, Isak, Boris, and Klara.  All but Klara survived childhood.  Like many people of that era, Aron and Riva were desperate to leave Russia, but they could not obtain visas to the United States.  Instead, they opted to go to Cuba, hoping that they would eventually find a way into America.

Anna was only about four or five when the Kaplans arrived in Cuba.  She attended school and learned Spanish very quickly.  She even graduated from high school, after which she found various jobs around Havana, which is where the Kaplans had settled.

In 1944, when she was twenty-six years old, Anna was finally granted permission to go to America, though the exact details of how that came about have been lost over the years.  Apparently, it had something to do with Aron having a brother and a sister-in-law living in Chicago, and Anna was allowed to go and live with them.  She quickly found a job in a factory that made envelopes and tried to learn English.  Not long after, her brother, Lev, arrived and after finding a job himself, he and Anna were able to get their own little apartment, working and saving to eventually bring the rest of the family over.

Anna was apparently a quiet girl who had few hobbies beyond knitting and crocheting and went on dates rarely.  So when some friends from work introduced her to a handsome soldier just back from the war, Anna was quickly smitten.  Bert Fox swept Anna off her feet and asked her to marry him not long after they started dating.  He had a good job at Allied Appliance in the shipping department, and Anna said yes to him, despite the fact that they did not know each other all that well.

According to Anna’s brother, Lev, she and Bert seemed to have a good relationship for the first ten years of their marriage.  No children came along, apparently because of Bert’s many war wounds, though the war was something Bert refused to talk about.  He was not overly liked by Anna’s family, but they tolerated him.  Anna and Bert mostly kept to themselves and rarely attended family get-togethers.  Lev often complained of this to Anna and blamed Bert for keeping her from them, but Anna would never criticize Bert or attempt to change his mind.

One day out of the blue, however, Lev received a telephone call from Anna, who was crying and upset.  Anna told him that Bert had somehow “snapped” and caused a big scene at the envelope factory, where she still worked.  Bert had apparently stalked in and picked a fight with her boss, demanding that he fire her, though he could not name a reason.  Bert became increasingly belligerent and started punching people, so the police were called.  Anna, despite being a good and loyal employee for years, was fired on the spot.  Anna’s boss did not press charges, however, so the police allowed Bert and Anna to go home.  Bert had seemed to calm down on the way home, but once they got back inside their apartment, he “snapped” again and began to beat her.  This began a sad, brutal pattern that happened over and over as the years went on, with Anna even having to be hospitalized on several occasions.

Desperate to help his sister, Lev attempted various times to go to the police himself, but, though they sympathized with him, he was told he had no legal right to interfere.  Because Bert sometimes “snapped” in public, however, causing property damage or beating other people up, he was actually arrested several times and eventually taken to the psychiatric ward of various hospitals—one time being held for over six months.  These episodes in which Bert was hospitalized were a blessed relief for Anna, Lev says, but Bert would always somehow be released and then the cycle would start all over again.

Lev despairs at what he calls “the tragedy of my sister’s life” and says she is definitely suffering from “battered wife syndrome.”  Repeatedly over the years, he and his wife, Glenda, tried to get Anna to leave Bert, but each time she refused.  Lev is of the opinion that the years of abuse have gradually taken their toll and that Anna is now beginning to show signs of dementia, becoming more and more confused and forgetful in the last five years.  This prompted Lev to begin proceedings to obtain guardianship for his sister, which he was recently awarded.  Therefore, when Anna was again hospitalized about a month ago after yet another beating from Bert, Lev was able to arrange for her to be discharged directly to a nursing home.

Bert, meanwhile, has no knowledge of Anna’s whereabouts and still believes her to be in the hospital.  The staff have been instructed never to contact him.  Lev is relieved that his sister is finally in a safe place and visits her daily, but Anna sometimes does not even recognize him.  When she does, she is angry at him for bringing her to this “hospital” and wants to go home, accusing him of wanting to steal her money.  Likewise, she forgets that Lev’s children are grown and married and is instead constantly reminding him to go pick them up from school.

Anna is extremely confused and usually speaks only in Spanish, even to the staff.  When the staff remind her to speak in English, her reply is, “Sure.  Sure, honey,” but then she proceeds to speak in Spanish all the same.  She has told Lev that she believes the staff are “against me” and therefore speaks in Spanish so that “they won’t hear me.”

Anna spends her days roaming the halls, muttering to herself in Spanish.  When redirected to a room with other residents, she immediately begins to find ways to “help,” such as by removing tray tables or walkers in an attempt to “tidy up,” which inadvertently puts other residents in danger of falling. Staff are attempting to give her meaningful tasks to do, but she frequently wanders away from the room, asking to go home.