One of the Seven Sisters 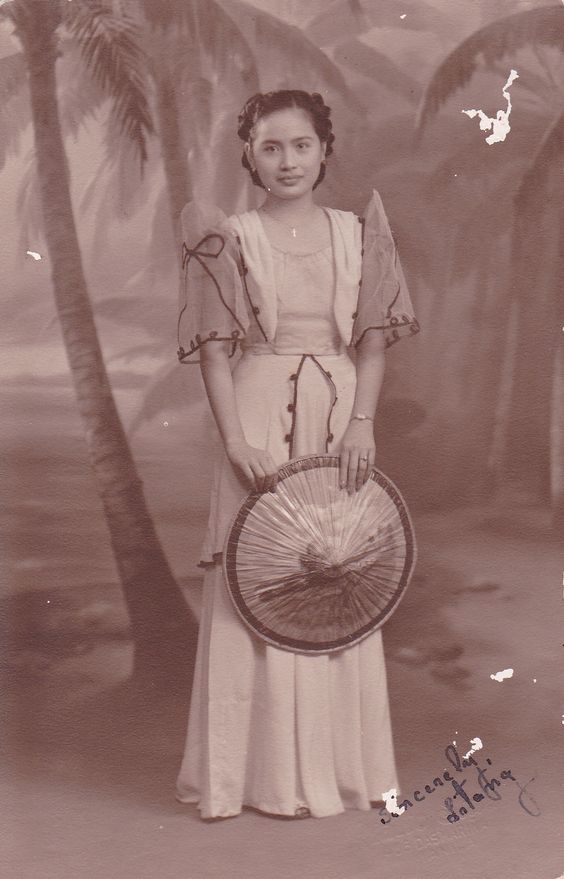 Almera Navarro was born on August 2, 1908 in the Philippines to Jonray and Divine Santos.  Jonray worked for a trucking company, and Divine cared for their seven daughters: Dorilyn, Eilene, Frela, Almera, Jelinda, Karmina and Lonila, who became known collectively as “The Seven Sisters” of Calamba, the town in which they lived.

Almera attended grade and high school and even went on to college, earning a degree in education.  After she graduated, she got a job teaching in the provinces and fell in love with the principal of the school.  At age thirty-three, Almera assumed she would never get married, so when the principal, David Navarro, proposed to her, she accepted.

David and Almera had three children: Jazel, Carmi, and Lito, but Almera continued working as a teacher even after they were born and did not retire until she was sixty-five.  Almera apparently loved to teach and to take classes herself, always wanting to learn more.  In fact, she was only one class short of obtaining a Master s degree when she eventually retired.  She loved reading, especially anything about current events, and she read the whole newspaper from cover to cover every day.  She was a very stubborn, opinionated person that loved to debate various topics with anyone she could find.  She was a very inquisitive, social person, her children say, describing her as “a non-stop talker.” She also loved music of any kind, dancing and traveling.

In fact, when David passed away in 1965 of cancer, Almera’s children began funding her travels.  She went all over the world, traveling to Europe, China and even South America.  She became lonely, though, for her children, who had all moved to the United States, so her son, Lito, and his wife, invited her to come and live with them in Chicago.  Almera was delighted to accept and enjoyed the time with her grandchildren.  She insisted on speaking to them only in English and loved telling them stories about growing up in the Philippines as one of the “seven sisters” and especially what it was like during the war years.

At certain times of the year, she would go and spend several months with her daughters as well – Jazel being a physician in Missouri and Carmi a nurse in DeKalb.  Jazel comments that her mother took great interest in all of her grandchildren, and being a former teacher, she had very high standards regarding their schooling.  “She could be very critical,” Jazel says, “though she meant it in a good way.”

Unfortunately, in the early 1990s, Almera suffered from three strokes, the last leaving her severely incapacitated.  The hospital discharge staff urged the family to place her in a nursing home, though Lito, with whom she was still living, was very reluctant to do so.  All three of the children got together to discuss the options and finally decided that caring for Almera at home probably wasn’t the best option for all concerned.  Lito is hoping that she will still recover enough to come home, but Jazel and Carmi are more realistic.

Almera is currently in a semi-comatose state and unable to respond most of the time.  She is therefore not able to participate in the home’s activities, except to listen to music programs.  She is never without family members visiting her, however, even through the night.  “She was a wonderful mother,” Lito said recently during a visit.  “We want to do everything we can for her.”