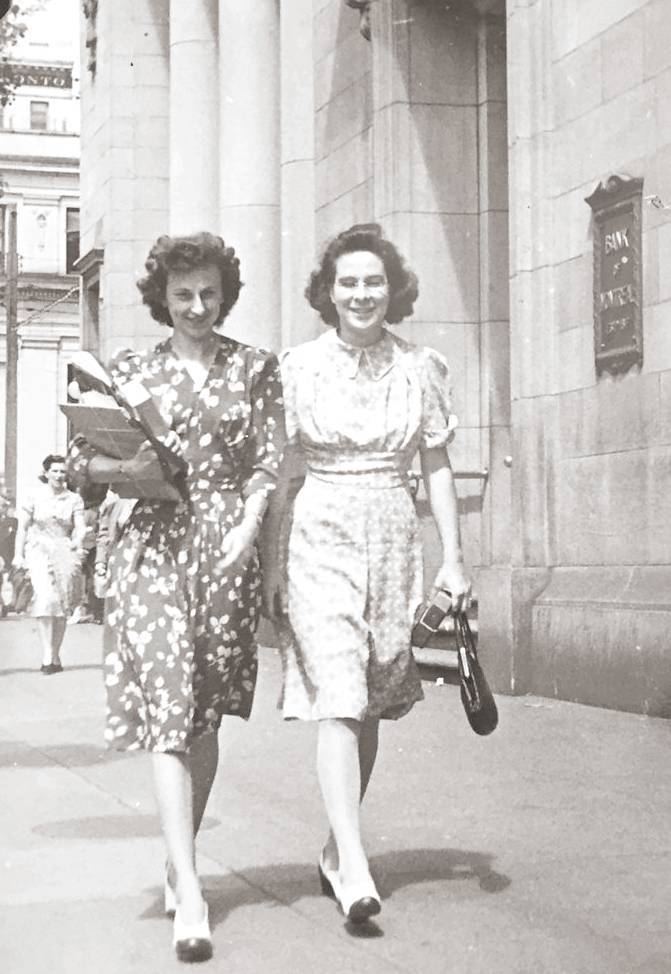 Angela Esposito was born on September 29, 1918 in Chicago.  Her father, Leo Esposito, came to America as a young man from Florence, Italy.  He made his way to Chicago and found work as a stone mason.  After working at that for several years, he saved enough to open an ice cream parlor, making all the ice cream and candy himself.  He met another Italian immigrant, Benigna Ricci, and they soon married in 1917.

One year later, their first child, Angela, was born.  The little family lived in Lakeview at Diversey and Wilbur, and it wasn’t for another seven years before another baby was born, Claudia.  Angela and Claudia went to school in Lakeview and even attended high school.

Upon graduation, Angela got a job downtown as a secretary.  Angela enjoyed her position, but after a few years, a friend encouraged her to look for work in the legal departments of companies because the salaries were higher.  Angela, always shy and hesitant, deliberated this move for a long time, but then decided to take her friend’s advice.  She switched to being a legal secretary and in that capacity worked for many years as a temp.  This suited her because she made a lot more money, though she didn’t get benefits.  Occasionally, a company she was temping for would offer a permanent position, and if she liked it, she took it.

Though she was “on the quiet side,” Angela was very social.  She made some good friends at her various jobs and loved getting together with “the girls” after work.  Their favorite activity was to go to dinner at the Italian Village and then head over to the Schubert or the Blackstone to see plays.  Angela loved the theater and music of any kind.  She also loved reading (mystery was her favorite!) and watching Westerns on TV.  She also loved to play scrabble.

Though she had many friends and went out a lot, Angela never seemed to find a man she loved enough to marry, she says.  There was one boy she met at school, but he was Polish.  She didn’t think her parents would approve of him, so she never allowed a real relationship to develop.  Angela says she went on a number of dates over the years, but she always had more fun with her girlfriends.  Her parents were always offering to set her up with a nice Italian boy, but she always just laughed and said no.

As the years went on, however, her mother, Benigna, grew more and more impatient for a grandchild, so when Angela’s sister, Claudia, announced that she was getting married at age 23, Benigna was overjoyed.  It was then that she confessed to Angela, simultaneously swearing her to secrecy, that she had recently been diagnosed with cancer.  She kept it a secret from everyone, except Angela, and Leo, of course, until after the wedding and they had seen Claudia and her new husband off on their honeymoon to New Orleans.  Later that same day, Leo drove her to the hospital for her first surgery.

Angela still lived at home, and caring for her mother then became her main priority outside of work.  Angela spent the next year “watching her waste away,” until Benigna died at age 52 on Thanksgiving Day, 1949.  Angela says that she has never been able to enjoy Thanksgiving since then.  Four years later, her father, Leo, died of complications with diabetes, and Angela was left alone, Claudia having since moved to New Jersey with her husband.  Angela was reluctant to stay in the family apartment by herself, so she moved in with a girl from work, who had a hotel apartment nearby, also in Lakeview.

Angela stayed there until the early 1960’s when she decided to get her own place and found a studio apartment in Rogers Park for $92 a month.  She stayed there for fifteen years, but as the neighborhood grew more and more unsafe, she put her name on a waiting list for an apartment at North Park Village and moved to the northwest side for the interim.  Finally, in 1990, she got a call saying that an apartment had opened up, and she moved in right away.

Angela enjoyed meeting her new neighbors and was able to live very independently for several years until she began to slow down in the summer of 1995 when she became very lethargic and lost a lot of weight.  When she finally went to the doctor, she was diagnosed with pancreatic cancer.  She was hospitalized for about four weeks and then made the move to a nursing home with the help of the hospital discharge staff.

Fortunately, Angela has a nephew, Tom, living in Chicago, and he and his family have become very supportive of Angela.  Claudia has long since passed away, so Tom is all she has.  Tom and family visit often and are trying very hard to make Angela’s remaining time as pleasant as possible.  Angela, for her part, says she has never handled stress well, but realizes that “crying and going into hysterics” in light of her prognosis, “isn’t going to help anything.”  At times, she is very sad, especially as she realizes she only has “one Christmas left,” but she is trying hard to be positive.  She is a very sweet, down-to-earth woman who always seems to have a kind word for those who stop to talk to her.  The staff encourage her to mingle with the other residents, but she mostly prefers to stay in her own room.