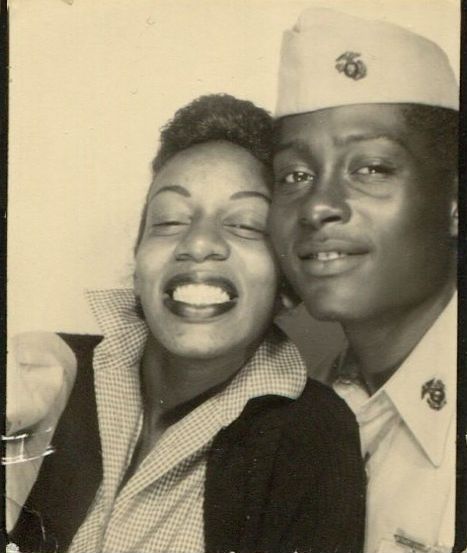 When Franklin returned home from the war, he married his childhood sweetheart, Rosalie Stump.  They had a nice wedding, Franklin remembers.  “All of the neighbors came” and even some of his friends from the army showed up.  They took a honeymoon trip to Miami, Florida, which was their one and only vacation.  They had two children, Minnie Jo and Nellie Jo, just one year apart.  After that, Rosalie couldn’t seem to get pregnant again, though she supposedly wanted a big family.

Franklin was devastated by this and decided to move to Los Angeles, where several of his siblings had previously relocated.  He was able to find odd jobs again, sometimes in factories, but he never found a job that stuck, nor did he ever remarry.  He dated several women, but nothing was ever “for real” he says.  Finally, when he was in his early fifties, he decided to move back to Louisiana to take up farming again, as that was the only thing he believed he was any good at.

After a couple of years of farming, however, an old school friend showed up for a visit, and he convinced Franklin that Chicago was where he should be.  After much thought, Franklin decided to take his friend’s advice and once again decided to try his luck in a city.  He moved to Chicago and almost immediately got a job at the Sunbeam Lighting Company and found an apartment on the north side.  He worked at Sunbeam for eight years and then at another company for three more before he started having health problems and eventually “retired.”  He says he didn’t have time for much in the way of hobbies, but he did enjoy fishing, hunting and movies.

Franklin has apparently been living alone all these years until about a month ago when he had some sort of seizure and fell and hurt his leg.  He was admitted to a hospital, where he also went through alcohol withdrawal.  Apparently the discharge staff at the hospital discovered that his apartment was not fit to live in, as it was filthy and full of roaches, and they were therefore hesitant to release him.  They began a search for his family, then, and eventually tracked down one of Franklin’s daughters, Minnie Jo.  She currently lives in Los Angles with her husband and children and is very near her many aunts and uncles—Franklin’s siblings.

Minnie and Franklin’s sister, Hattie, flew in, then, from California to help find a nursing home in which to place him.  Though the two of them worked together on his admission, the two women are at odds, as they are both vying for control of Franklin’s situation.

Meanwhile, though Franklin claims to be unmarried and have no serious girlfriend, a woman by the name of Vera Michaels has been visiting him daily at the nursing home, telling the staff that she is Franklin’s common-law wife.  Franklin’s daughter, Minnie, says that this is ridiculous, that Vera is just “a friend” with whom Franklin sometimes used to spend time.  “She has never lived with him,” Minnie claims, and she is not his “common-law wife.”  Franklin himself will not clarify any questions regarding his relationship with Vera and gives vague answers when asked about it.  When Vera does show up, however, he seems happy to see her.

Franklin is making a somewhat smooth transition to the nursing home.  At times he seems confused, but he is happy to spend time with other male residents, usually watching sports on T.V.  He also loves bingo.  He says he is not anxious now, though he describes himself as having been a “worry wart” in the past.  He always tried to hide it, he says, and drinking helped.  Franklin does not appear anxious or depressed at this time, though he often involuntarily twitches.  He says he would like to see his mother and his other daughter, Nellie Jo, before he dies.  They both still live in Louisiana and are the only ones left there.  The rest of the family has either died off or moved years ago to Los Angeles.

Minnie says she is trying to arrange a way for her mom and sister to come to Chicago to visit Franklin, but she doesn’t know how realistic this is, as neither of them seem that enthusiastic about seeing Franklin.  Minnie is sympathetic to her father’s plight, but, like her sister, she doesn’t feel very close to him.  “He left when I was two,” Minnie says.  “My mom raised me and my sister alone, and that was hard for her.”