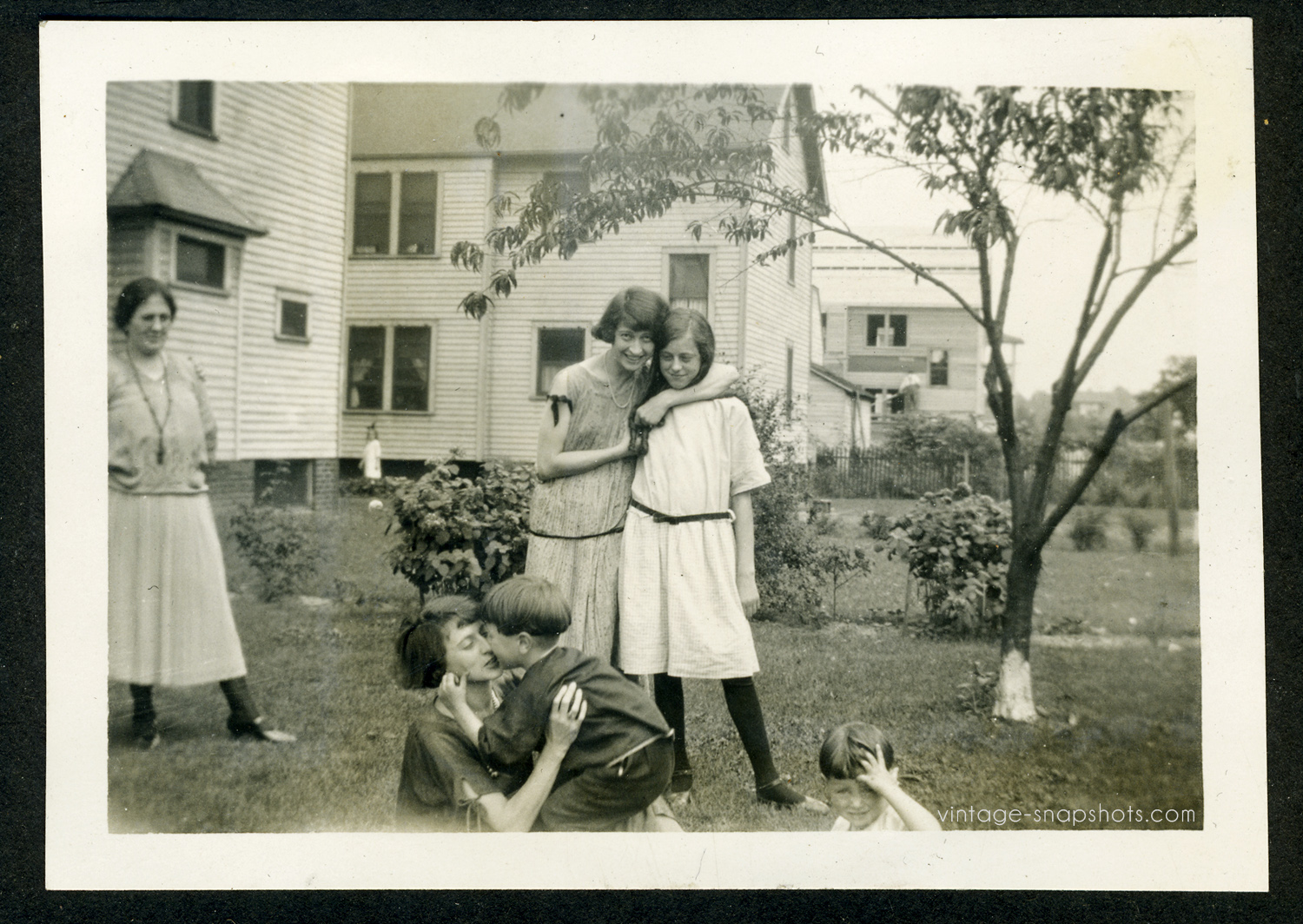 Imogene Ferris was born on April 12, 1903 in Chicago to Xaver and Elena Bergmann, both of whom emigrated from Germany as children.  Their families were neighbors in Chicago, and Xaver and Elena often played together in the streets.  When they grew up, they married and had six children: Thomas, Imogene, Roberta, Caroline, Estelle and Olga.

Imogene graduated from eighth grade and went to two years of high school before quitting to get a job as a typist.  She worked for various companies until she got a position as a billing clerk for the railroad, a job she held for thirty-five years.

When Imogene was just eighteen years old, she met and married a man by the name of Clarence Higgins, who was several years her senior.  It didn’t work out, however, and the two of them divorced before the first year was even over.  After that, Imogene moved into the upstairs apartment of her parents’ two-flat and cared for them until they died.  She loved dancing at the Aragon, playing the piano, crocheting and could fix almost anything.  She had a knowledge of many different things and was a great conversationalist.

Just before Imogene retired at age sixty-five, she met a man by the name of Martin Ferris, whom she fell in love with and married.  The two of them traveled around the country, staying in different places for extended periods of time, including Florida, Missouri, Kentucky and Tennessee.  They were together for about ten years before Martin passed away.  After that, Imogene returned to Chicago to live near her sisters.  Her brother, Thomas, had died many years earlier.

When Imogene had bypass surgery in the early 1990s, however, she was admitted to a nursing home to recover.  It was at first thought that she might return to her apartment, but she eventually came to the conclusion that it might be too difficult to live alone and that her sisters were not in a position to care for her, either.

Imogene made a good transition to life in a nursing home.  She had a relatively positive outlook, though at times she was forgetful and confused.  She enjoyed going to all of the craft activities, as well as bingo if someone escorted her. 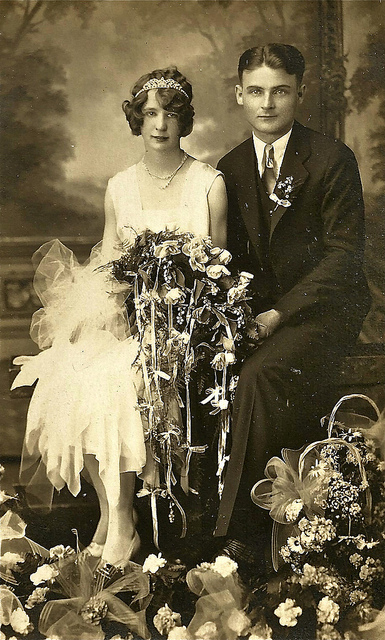 Eula attended high school and afterwards got a job in an accounting office where she met and married Junior Gallagher.  According to Eula’s lifelong friend and neighbor, Annie Weitz, Eula and Junior were a lovely couple.  They always acted as though they were sweethearts their whole married life and seemed to be deeply in love.  Annie says that they were both very kind, gentle, sweet people.  When not at work, they enjoyed pottering around the house and the garden, playing Bridge and doing a little traveling.  Sadly, Annie says, they had no children of their own, but they were a beloved “aunt and uncle” to her four children over the years and delighted in helping to care for them whenever needed.

In the early 1970’s, Junior passed away, and then, not many months later, Eula’s brother, Randolph, passed away, as well.  Eula remained in the same house and continued on as best she could, relying on her friend, Annie, more and more as the years went on.  Her health continued to decline, however.  She developed breathing problems and then began to show signs of Alzheimer’s.  She was often found wandering the neighborhood, and Annie began to notice that she was mismatching her clothes and wearing several layers, which, she says, was odd, as Eula was always a “great dresser.”

When she was hospitalized due to what Annie thought might be a heart attack, her doctor insisted that she be admitted to a nursing home.  Annie was listed as the contact person and helped to pack up some of Eula’s things to bring to the nursing home for her.  At times, Eula recognized Annie, but at other times she did not.  Overall, Eula seemed very content with her placement and enjoyed being in the day room with other people.  The move was hard on Annie, however, who frequently cried when she visited, especially the times when Eula didn’t recognize her.  “We were the very best of friends,” she would often say.  “I miss her.” 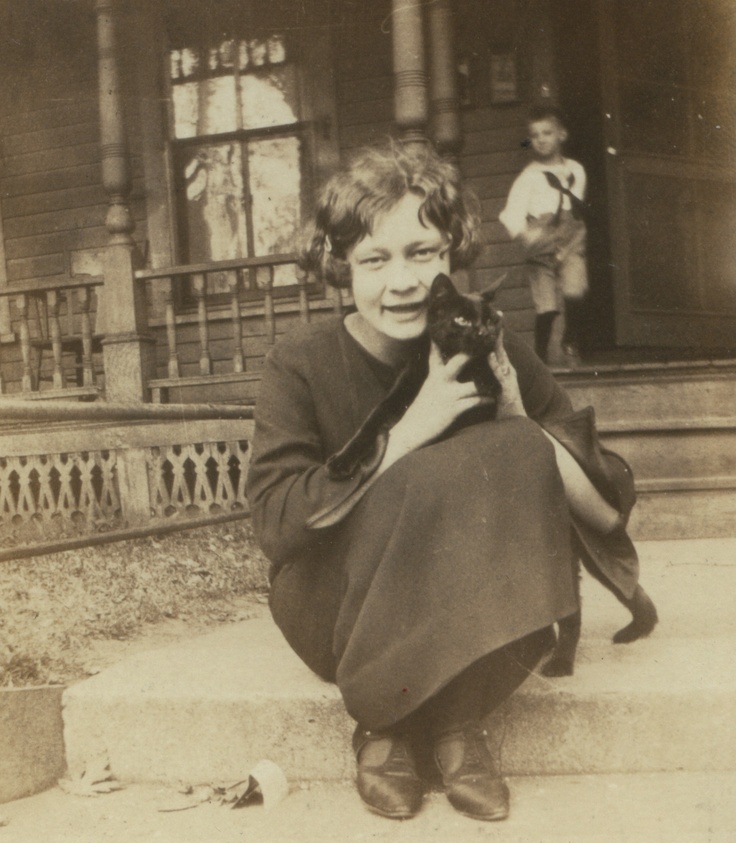 Irma went to school until eighth grade and then quit to take a job in a sausage factory.  Irma’s sister Mary says that Irma was like any other girl her age and enjoyed music and going to dances.  She had a lot of friends and was a very hard worker.  Unfortunately, however, Irma got pregnant out of wedlock, bringing great shame on the family.  Her parents forced her to give the baby up for adoption, after which Irma was reportedly never the same.  She had a nervous breakdown and was diagnosed as being schizophrenic.  She was institutionalized for the rest of her life, moving from facility to facility over the years.

In the early 1990s, Irma’s sister, Mary, decided to move Irma to a nursing home closer to her so that she could visit more often.  Irma, who spent twenty years in the previous facility, had a difficult time adjusting to a new environment.  She was disoriented and nervous most of the time unless allowed to sit in a chair just outside her room.  Mary began to visit daily, insisting that her presence comforted Irma, though it was unclear if Irma really understood exactly who Mary was.