“He Could Make Anyone Laugh” 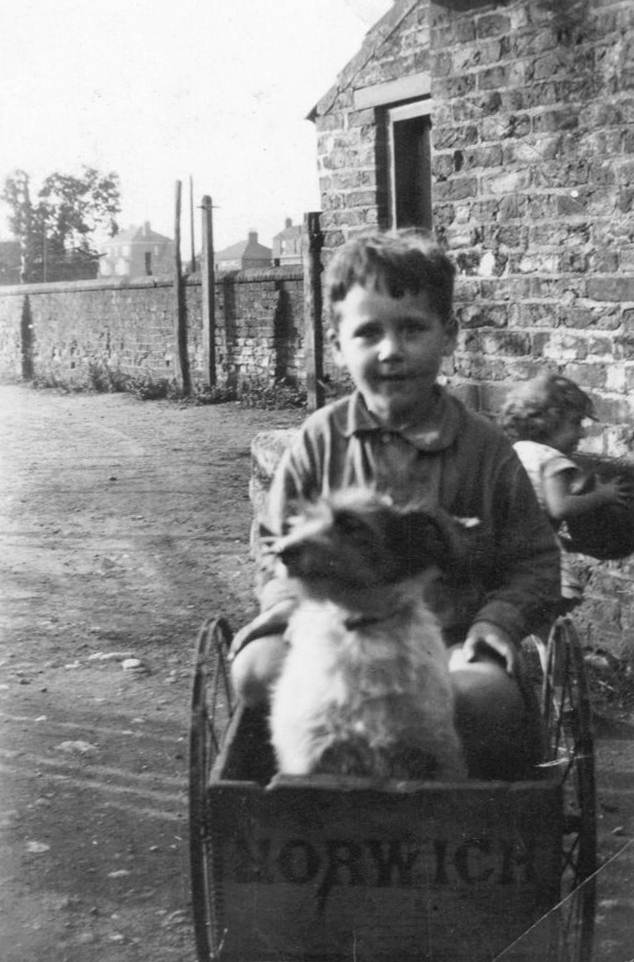 Brian Cullen was born on March 7, 1927 in Ireland to James and Moreen Cullen.  He was the second child of five, with two brothers and two sisters.  His father, James, worked in construction and on farms, and his mother, Moreen, was a housewife.  Brian went to grade school and then went on to a trade school to learn to be a millwright. He eventually got a job in this field and worked in it steadily over the years.

Brian was the favorite amongst all his brothers and sisters and was always telling jokes and funny stories.  He had various girlfriends, but he never married, which everyone thought odd, since he was so popular.  It was just after he turned thirty that he shocked his family by telling them he was going to try his luck in America.  They all thought this was another of his jokes and at first did not take him seriously.  They were stunned and utterly saddened, then, when they finally realized that he was in earnest.  He told them that there was no future for him—or for any of them—in Ireland and that they should come with him to America.  None of them wanted to leave, however, so they tearfully said goodbye to each other.  Brian eventually did return, much later in life, but by then his parents and one brother had already passed away.

So in 1957, he made the journey alone to America and uncovered an aunt, Bridget Moran, who was living in Chicago.  He joined a union and got a job fairly quickly, again working as a millwright and eventually found an apartment on the west side.  Every Sunday, however, he would go to his aunt’s on the south side for Sunday dinner.  It just so happened that next door to his aunt lived a young couple, Tom and Eva, who also entertained on Sundays.  Usually, it was Eva’s friend, Patsy Reid, that would come over.  Thus on many a Sunday, Brian and Patsy would see each other and would get to talking.  Sometimes, Brian would even drive Patsy home.  They began dating and were married in 1966 when Brian was 39 years old.  They moved to an apartment on the north side and eventually had one daughter, Connie.

Patsy says that Brian was a laid-back man in many ways with a wonderful sense of humor.  “He could make anyone laugh,” she says, “but he liked to be in control.”  Patsy says that Brian was very old-fashioned in many ways, very Victorian in his view of certain things, and was very stubborn.  He saw himself as the man of the family, the provider, and thus it was his way or no way.  He would not allow Patsy or Connie to get their ears pierced or to drive a car, for example, even though Connie took Drivers Ed. in school.  “It wasn’t that he was mean,” Patsy says, “it’s just that he thought he should be responsible for everything.  If Connie or I wanted to go somewhere, he thought it was his duty to drive us there.”

Brian was a devout Catholic who prayed the daily devotions and went to Mass each morning.  He was a huge sports fan and loved basketball and baseball, but his favorite was hockey.  He spent a lot of time doing yard work and always put in a big garden each year.  As he got older, however, he began to suffer from arthritis in his hip, and only then would he consent to have Patsy and Connie help in the garden, under his direction, of course.

When he retired, he and Patsy went on several trips to Ireland so that he could introduce Patsy to all the relatives and to see his home town.  They also ventured to Yugoslavia, England and France.  He was a heavy smoker, Patsy says, until the late 1970’s when he quit cold turkey after he accidentally lit two cigarettes at once.  For some reason, that was a signal to himself to stop.

Patsy says that besides his arthritis, Brian was always in great health, which is why his recent stroke came as such a surprise.  He had gone to the doctor for his annual checkup and had gotten a clean bill of health.  Two days later he had a massive stroke and was hospitalized for nearly a month before being discharged to a nursing home, as Patsy cannot possibly care for him alone at home. Connie is likewise not able to help, as she now lives downstate with her husband and children.  She has come up to visit once since Brian’s admission to the nursing home, but she had to return after only a few days due to her job and having her own family to care for.

Brian’s transition to the home has been relatively smooth, as he does not seem completely aware of where he is.  He can answer some questions from time to time, but he is mostly unresponsive.  When someone from the staff attempts to talk with him, he will look at them and take their hands, but seems unable to always answer.  It is Patsy who is having a harder time dealing with her husband’s condition and rapid decline.  She keeps saying over and over, “but the doctor said he was healthy.  He’s not supposed to be this way.”