He Made the Beautiful Wood Interiors of Luxury Train Cars 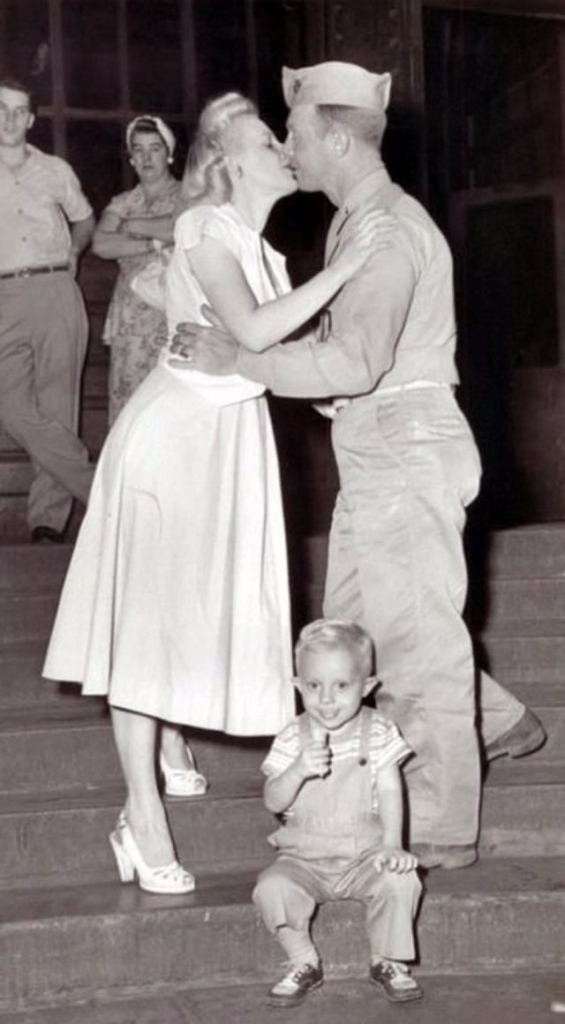 David Doubek was born on January 24, 1906 in Czechoslovakia to Dusan Doubek and Bessie Fiala.  David does not remember what type of work his father did, just that he died when David was nine years old.  Left alone with three children, Bessie tried for a few years to make it on her own before she eventually decided to immigrate to America.  Her brother, Paul, was living in Chicago and had written her many letters, urging her to come.  Bessie finally worked up the courage to make the journey, taking David, who was then fourteen, and her youngest daughter, Simona, with her.  Her oldest daughter, Renata, reluctantly stayed behind, as she was already married, and her husband’s health was too poor for them to make the journey.

While still in Czechoslovakia, David had learned carpentry and cabinet making, as well as how to play the violin.  When the family arrived in Chicago, he went to night school to lerarn English and then rather quickly got a job for Northwestern Railroad making all of the wood furnishings for their train cars.  He began as an apprentice and eventualy worked his way up to become a foreman.

When David was twenty-three years old, he married Marie Horak, who was just eighteen.  Marie was one of David’s first friends in America.  When they met, she was nine and he was fourteen.  Though their families lived on opposite sides of the city, they both went to the same Czech church, and David remembers teasing her by pulling her braids any chance he got.

By the time Marie was sixteen, however, they had progressed to going on dates, though they were infrequent, not only because they lived so far apart, but because neither of them had very much money to spare.  Likewise, they both worked a lot.  Besides taking care of her five younger brothers and sisters and her mother, who was ill much of the time, Marie sometimes worked, on and off, as a secretary or as a waitress.  Usually, then, their dates consisted of simply walking in a park together or going to a free flower show or perhaps Riverside Amusement Park whenever they got the chance.  Still, they managed to fall in love.

Unfortunately, the year David and Marie got married, 1929, the stock market crashed.  David lost his job at the railroad, and Marie lost her job, as well, which, at the time, was in a factory.  “It was a real shame,” says Marie, that David lost his job because he was a truly gifted carpenter.  Sometimes on a Sunday, he would take her to the rail yard where he worked to show her some of the first-class cars he had worked on.  “They were beautiful!” Marie says.  “Like works of art.”  But with the country plunged into the Depression, there was not as much of a need for wood-trimmed, luxury train cars.  Thus, he and many other skilled carpenters were let go.

David and Marie lived with Marie’s family for about ten years until they could get back on their feet.  David eventually got a job as the foreman of a maintenance crew at Butter Brothers, downtown on Canal Street, and Marie found another secretarial job.  Eventually, they were able to move into their own apartment, just down the street from Marie’s mother, where they remained for the rest of their married life.  In fact, Marie, now age 81, lives there still.

Not long after they moved to their new apartment, Marie got pregnant with their first child, David, Jr.  They had begun to think they weren’t able to have children, so they were overjoyed when David came along.  Marie quit work to stay home with him.  When the WWII broke out, however, David joined the army—against Marie’s wishes—and was eventually shipped off to Europe.  Marie had no choice but to take a job in an airplane factory as a drill press operator, leaving David, Jr and the new baby, Barbara, with her younger sister to watch.  When the war ended, however, and David came home, Marie went back to being a housewife, and David was able to get his job back at Butter Brothers.

Marie says that they settled back into a routine and mostly stayed at home.  Once David, Jr. and Barbara left home and got married, they joined a card club.  They dreamed of going on a tour of Europe and perhaps on a cruise when they retired, but then, tragically, David had an accident when he was sixty, which altogether changed their plans.

It was 1966, and David was up on the roof, fixing a loose shingle, when he slipped and fell off.  He shattered his leg, ankle and wrist and spent three and a half months in the hospital.  He had a steel bar put in his leg, some bones in his wrist removed, and his ankle screwed together and was in successive casts for over a year and a half.  He was forced, then, to go on full disability, and Marie had to go back to work.  She was grateful that she was able to get some secretarial work, as she felt too old to work in a factory again.  Laid up now, David turned to woodworking as a hobby to keep himself occupied and ended up making beautiful communion rails and pulpits for churches.

Eventually, Marie retired for good, but it was too difficult then for David to travel.  To make matters worse, in 1992, when he was eighty-six, David had a stroke.  He spent some time in the hospital and then one month further recovering in a Czech nursing home.  Oddly, it was the same nursing home where his mother, Bessie, had been admitted to at age eighty-six.  Both David and Marie were thus already very familiar with the home, Marie actually having spent additional time there as a volunteer, even after Bessie, her mother-in-law, had passed away.  Still, however, Marie was determined to care for David at home, so she arranged for him to be released after only being there for a month.  Mostly due to her, she says, David made almost a full recovery.

Two years later, however, David had another stroke, this one much worse, which left him unable to walk and unresponsive most of the time.  He was again admitted to the nursing home, but his condition is now very serious.  Marie, however, seems in denial of this and is still insisting that she will eventually take him home again like she did the last time.  She spends most of the day at the nursing home, sitting by his bedside, and just recently celebrated Christmas here with him.  The staff are attempting to help her process the true state of David’s health and likely prognosis.  She remains dedicated, though, and says she is “optimistic” that David will come home again.