“She Lost an Eye as a Baby” 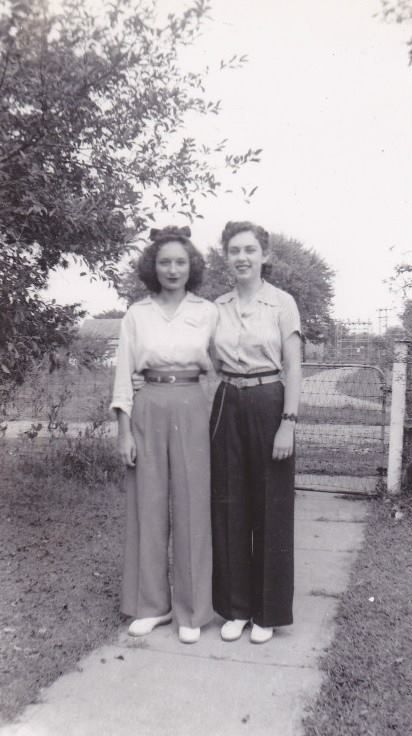 Celeste Salvail was born on February 29, 1920 in Chicago to Vincenzo Salvail and Angela Potenza.  Vincenzo and Angela were Italian immigrants who had met and married while still in Italy.  In fact, they had already had two children, Apollonia and Christina, when they set sail for America, but Christina, who was just a baby, died on the voyage over.  Vincenzo found a job in Chicago working for the railroads.  It was his job to raise and lower the gates and to blow the whistle when a train was approaching.  Angela was a housewife who cared for their nine children:  Apollonia, Tito, Gina, Ines, Celeste, Manny, Silvio, Bianca and Rocco.

Unfortunately, when Celeste was still a baby, an accident occurred in which Celeste lost an eye.  The family was at a 4th of July celebration, having a picnic outdoors.  Some kids nearby were shooting off fireworks, one of which went out of control and exploded near baby Celeste’s face.  As a result, she lost her left eye.  She wore a patch over it until she was twenty, when she had an operation and was fitted with a glass eye.

Despite only having one eye, Celeste enjoyed school, though she was often teased.  She also loved playing sports, especially with her brothers and sisters in the streets in their neighborhood.  She was forced to quit school, however, after graduating from eighth grade, as the family needed money.  Celeste found a job fairly quickly and says that she had so many jobs in her lifetime that she can’t remember them all.  One of her favorites, though, was working on the assembly line at the Nabisco Cookie Company.  Celeste worked there for sixteen years and was responsible for packing the cookies. She thought it was a very interesting job, and she really enjoyed it.

Celeste never married.  She had a boyfriend, Alfred, for many years and says that she was in love with him.  He asked her to marry him, but she turned him down in the end and broke off their relationship.  “He was an alcoholic,” she says.  Though she loved him, she was afraid of what a marriage to him might mean and that she would end up supporting him and any children they might have.  After that, she “tried to get a rich one,” she jokes, “but they were hard to come by!”

Celeste remained single and devoted herself to her nieces and nephews.  Her parents died relatively young: Vincenzo of double pneumonia and Angela of a heart attack.  For a long time, Celeste lived with her sister, Ines.  She loved to garden and spend time with her family playing games.  Later in life, she lamented the “good ole days,” when she would take her nieces and nephews on a picnic virtually every weekend of the summer.

In the mid 1980’s, Ines unfortunately passed away, so Celeste got her own place, where she has lived alone until recently.  All of her siblings, except Bianca, have passed away as well, so it has fallen on Bianca and her daughter, Judy, to be checking in on Celeste the most.  In December of 1993, Celeste fell and broke her hip and was hospitalized for over a month, where she was a very willing participant in physical therapy and social activities.  It was decided, then, between the discharge staff at the hospital, Bianca and Celeste that she would be admitted to a nursing home, at least to continue her physical therapy.

After being here for several weeks, however, Celeste is accepting that this is now her permanent home and is working hard at making a smooth transition.  She has a very positive attitude and says “you have to make the best of it”—a mantra she seems to have adopted early in life.  She has made several friends already and enjoys, in particular, exercise class, arts and crafts, bingo and smoking cigarettes in the smoking room.  She also says she would be interested in helping with the gardens in the spring.

Bianca and Judy, as well as many of her other nieces and nephews, come to visit her often and have been extremely loving and supportive of their aunt/great aunt.  “There’s no use crying over spilled milk,” Celeste says, “you just have to keep trying.”