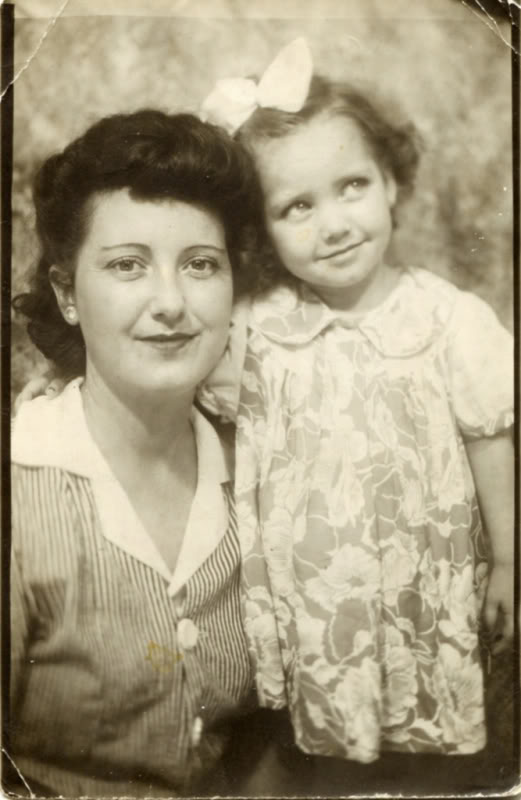 Minnie Conrad was born on November 2, 1905 in Florence, South Carolina to Irvin Julian Wentworth Lewis, who was of English descent, and Victoria Edmundson, who was of Swedish descent.  Irvin, it seems, was quite the Renaissance man and worked as a musician, a music teacher, a photographer and even a pharmacist at times, making and selling his own ointments.  Victoria stayed at home and cared for their ten children:  Roger, Elva, Jerome, Perry, Roscoe, Leola, Geraldine, Minnie, Marshall and Clinton.  Surprisingly, all ten children lived to adulthood, though Victoria herself died when Minnie was just four years old.  Unheard of at the time, Irvin kept and raised all ten of the children on his own.  Minnie says that her father had a real zeal for life.  He was always energetic, busy, and outgoing and had a “larger-than-life” personality, which, Minnie says, she had the good fortune to inherit.

Minnie managed to graduate from high school and then moved to Evansville, Indiana to live with her older sister, Leola.  Minnie found a job as a telephone operator and went to beauty school at night.  After that, she went to Branwell’s Business School and hoped to open her own beauty shop someday.  Along the way, she met Wayne Philip Conrad, who was a journalist with the Evansville Courier.  He was much older than Minnie, and Leola advised her to stay away from him, but Minnie was intrigued.  Wayne pursued her, often taking her dancing or out with his reporter friends from the Courier, and Minnie soon fell head-over-heels for him.

The two got married, and soon after, Minnie had a baby girl, Elizabeth.  When Elizabeth was just 18 months old, however, Minnie discovered that Wayne was having an affair.  Wayne insisted that the affair meant nothing, but Minnie wouldn’t listen and insisted they divorce.  Neither of them ever married again, however, and they kept in touch for the rest of their lives until Wayne died in 1974.

After the divorce, Minnie pursued her dream and opened her own beauty shop, working long hours to make a living for her and Elizabeth.  When she wasn’t working, she loved horseback riding and going to beauty shows and horse races.  She also loved to play the piano and sing, and later in life, she decided to learn to swim.  Her real passion, though, she says, was dancing, and she still likes to dance even now in her eighties!

Minnie remained in Evansville until the 1960’s when many of her friends began moving away to other locales.  Elizabeth had likewise long ago left home, having gotten married and moved to Chicago.  Thus, Minnie decided to sell her shop and also move to Chicago to be near Elizabeth and her three children.  Once there, she set about applying for an Illinois beauty license.  Once in hand, she was hired by Helene Curtis as a hair color representative and was then accordingly sent all over the United States.  Minnie adored this job and loved every second of her travels.  “They treated me like the Queen of Sheba!” she says proudly.

Minnie is a charming, fascinating lady who loves to talk, especially about her career and her many adventures, both as a rep for Helene Curtis and as a business owner, and will willingly introduce herself to anyone.  Elizabeth describes her mother as “a survivor,” saying that raising a child alone in the South in the thirties and forties was “no easy task.”  Elizabeth says that her mother had a strict routine and never varied from it and that she had two favorite sayings:  “Little But Mighty!” and “Poor But Proud!”  Elizabeth says that her mother was a great inspiration to her and to many other women in the South at that time.  She also believes that Minnie never stopped loving her estranged husband, Wayne, but that both of them were too proud to ever reconcile.  It is a source of her great sadness, Elizabeth says, that she grew up without her father.

Minnie lived a full, active life on her own until just about six years ago when she started to mentally slip a bit.  Elizabeth’s son, Adam, went to live with Minnie for a number of years to help her.  During this past year, however, Minnie has become more and more confused, including forgetting how to open the front door with her key, leaving the stove on, forgetting to eat, and even forgetting her own face.  Adam says that many times his grandmother became hysterical, saying that a stranger was in the apartment when it was merely her own reflection in the mirror.  When Adam eventually moved out to pursue a job in another state, Minnie’s paranoia and anxiety increased so much that she had to move in with Elizabeth.

For a  while Elizabeth coped by having Minnie go to adult daycare, which helped somewhat, but her mother still needed constant attention in the evenings.  Finally, Elizabeth made the decision for her to be admitted to a nursing home and says that she does not feel guilty, as she believes she did everything she could for her mother.

Minnie, for her part, seems to be making a relatively smooth transition.  At times she is capable of having an intelligent conversation and loves to join in activities, but at other times, she seems to experience episodes of confusion, particularly regarding Elizabeth.  Perhaps because she spent two years in a day facility, she often becomes irritated when Elizabeth does not arrive to pick her up and “take me home.”  She needs frequent reminders that this is her permanent home now.  Overall, however, she is a sweet, zestful lady and is usually happy and content.