“She Was Happiest With a Drink in Hand.” 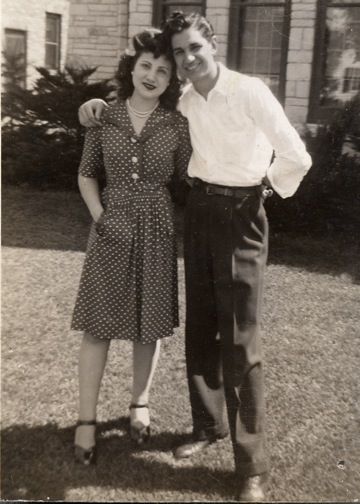 Vlasta Di Stefano was born on January 21, 1910 in Chicago to Bela Hrabe and Lazar Dragic.  Bela was an immigrant from Czechoslovakia, and Lazar emigrated from Yugoslavia.  The two apparently met at Ellis Island and, though they initially went their separate ways, they wrote letters to each other for the next year or so.  Eventually, they somehow met up again and married, settling in Chicago on Harding Avenue.  After a few years, however, they left the city and moved to a farm in Minnesota.  Besides farming, Lazar worked delivering lumber, and Bela cared for their seven children: Adam, Yvonne, Denis, Vlasta, Dusan, Emil and Pavla.

Vlasta attended grade school, but at age thirteen, she decided to move back to Chicago, where her older sister, Yvonne, and her husband had since moved to.  Vlasta lived with them and got a job at Union Linen Supply and there met her future husband, Ruben Alvardo, a Mexican immigrant.  Ruben liked Vlasta immediately and often took her on picnics to a picnic grove at Devon and Milwaukee, which, at that time, was still a wooded, rural area.  He eventually proposed to Vlasta, and they married when she was just nineteen.

Ruben continued working at Union Linen, but Vlasta quit once she became pregnant with their first child.  Ruben and Vlasta had a total of six children: Viola, Kenneth, Raymond, Carol, Dolores and Jerry.  When Jerry was a toddler, Vlasta decided to go back to work.  Union Linen Supply had no openings, however, so she instead got a job at a company called Cromane, which did silver plating.

According to her daughter, Viola, Ruben and Vlasta were very private people.  They did not have friends, nor did they associate with either of their families.  They even refused to go to any school functions, including their own children’s graduations or holiday shows.  Their only pastime, says Viola, was drinking.  In fact, when Vlasta decided to return to work, she apparently dumped all of the household cleaning, management and cooking unto Viola, who was roughly eleven at the time.  From that point on, Viola became the mother-figure for the whole family and remains so even today.

Tragically, in July of 1950, Ruben was hit by a car and killed while walking home from work.  He was not yet 50 years old.  Vlasta continued working, doing her best to make ends meet and eventually met and married David Di Stefano.  She only had about ten years with David, however, before he died of cancer.  After that, Vlasta lived alone, watching her neighborhood slowly decline, and was attacked twice coming home from the shops.  She put her name in to get a place in North Park Village, but had to wait ten years for a spot to open up.

When Vlasta did finally move into the North Park Village senior apartments about seven years ago, she was still relatively independent, but as time has gone on, she has relied more and more on Viola to again help her with cleaning, laundry and shopping.  Recently, though, things have become worse, with Vlasta not being able to care for herself at all.  Viola has been in the habit for the last several months of going to Vlasta’s apartment twice a day to feed her and clean up urine and feces that is usually found on the floor or furniture.  Viola has been beside herself with worry, as she has often come to the apartment and found the stove on and pans burnt through.  Fearing that she would possibly have a nervous breakdown from the stress of the situation, Viola finally decided to admit Vlasta to a nursing home.

Viola, in the role of mother since age eleven, feels incredible guilt at not being able to still care for Vlasta, but they are both adjusting well to the new arrangement.  Viola predicted that Vlasta would be extremely angry at being placed in a home, and was therefore pleasantly surprised by Vlasta’s easy transition.  Vlasta is confused at times and does not talk a lot, but she enjoys sitting among the other residents.  Though not always eager to participate in activities, she very much likes to watch what is going on, perhaps a life-long behavior.  Viola claims that her mother never had any hobbies and never wanted to “get involved.”  She says that Vlasta watched everything from afar.  She was content, but “never really that happy, even on birthdays or holidays.”  She was “very much a loner and had a hard time fitting in.”  She was happiest, Viola claims, when she “had a drink in her hand.”