“Give Me Just One More Chance to Take Care of Her” 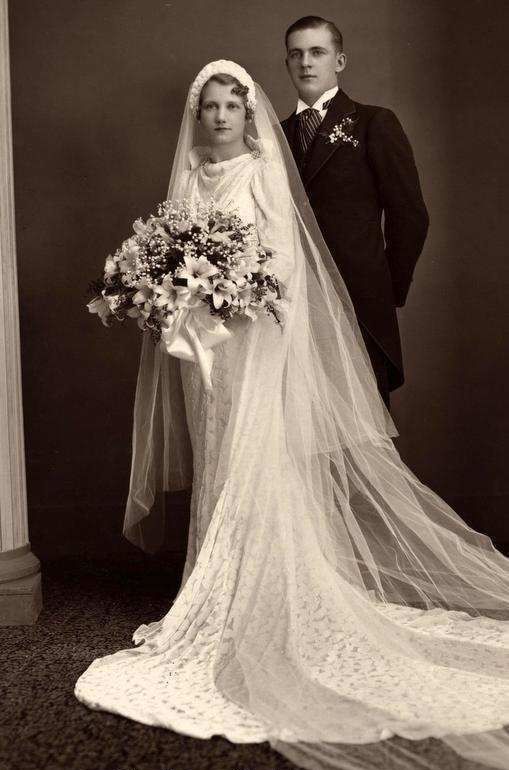 Moira Hardy was born on December 16, 1907 in New Glasgow, Nova Scotia to Kenneth Stewart and Effie MacCain, both of Scottish descent.  Kenneth was a foreman in a steel mill there, and Effie cared for their eight children: Alan, David, Sonia, Edna, Angus, Beatrice, Moria, and Ewan.  Kenneth passed away of a heart condition at age 78, and Effie died at age 92 of “old age.”

Most of Moria’s siblings quit school early and got married, but being one of the younger ones, Moria was encouraged to finish high school.  She did graduate in 1925 and then went on to nursing school at St. Vincent’s in New York.  She earned her RN, of which she and her entire family were extremely proud.  She got a job working for the American Red Cross and traveled all over the United States, which she very much enjoyed.

While still in her twenties, she happened to work with a young doctor by the name of Joseph Hardy at Benedictine Hospital in Kingston, NY.  The two fell in love and married in 1935.  They bought a home and settled down in Kingston and had two children: Margaret and Edmund.  According to Edmund, his parents always seemed relatively happy, but in 1951 they announced that they were getting a divorce.  Edmund says that he was never told any of the specifics beyond that they had simply “grown apart.”  Edmund suspects that his father may have had an affair, but that it was certainly never talked about.  After the divorce, Joseph decided to travel around the United States and died suddenly of a heart attack in 1963.

Meanwhile, Moria found she had to return to work, having given up nursing to stay at home with Margaret and Edmund, who were in their teens at the time of the divorce.  She moved to the Bronx with them and was able to find a job at Charles A. Pfizer, which was a pharmaceutical company in New York.  She worked there until she retired at age 62, and then took a job at Baptist Nursing Home in the Bronx until 1973, when she quit at age sixty-six.

Fully retired at that point, Moria split her time between gardening, card clubs, and traveling, often going to Vermont to see her daughter, Margaret, or back to Nova Scotia to see her siblings, or coming to Chicago to visit her son, Edmund, and his family.  As the years went on, however, all of Moria’s siblings passed away, as did her close friends in New York.  She became very lonely and withdrawn, and Edmund eventually convinced her in 1992 to move in with him and his wife, Shirley, in Park Ridge.

Things were going well, apparently, until about six months ago when Shirley noticed that Moria had a bad sore on her leg, which she seemed to be trying to hide behind bandages.  Edmund wanted to take her to the doctor, but Moria insisted that as a former nurse, she knew how to take care of a sore and was very offended by what she called his “meddling.”

Eventually, however, Moria did go to see a doctor, who diagnosed it as gangrene.  It did not respond to treatment, unfortunately, and Moria had to have her leg amputated.  She remained in the hospital for six weeks, during which time a feeding tube also had to be inserted because she had stopped eating.  When it came time for Moria to be discharged, the hospital staff strongly urged Edmund and Shirley to put her in a home where she would have full-time care.  Edmund was, and still is, racked with guilt about his mother’s amputation and frequently says that if only he had insisted she see a doctor earlier, her leg may have been saved.  He was therefore very reluctant to place his mother in a home, telling the hospital staff that he wants “one more chance to take care of her.”  Eventually, however, the social worker convinced him that a nursing home would be much better for Moira.

Moira is adjusting relatively well to her new home, but she is very disoriented.  She rarely speaks and when she does, she simply asks to go home.  She smiles often, however, and seems to like having a roommate.  Edmund, on the other hand, is having a very difficult time and needs constant reassurance from the staff that he has made the right decision.  He is perhaps unrealistic in his hope that she might recover enough to come back and live with him and is already asking if she might be able to come home for a short break for Christmas.