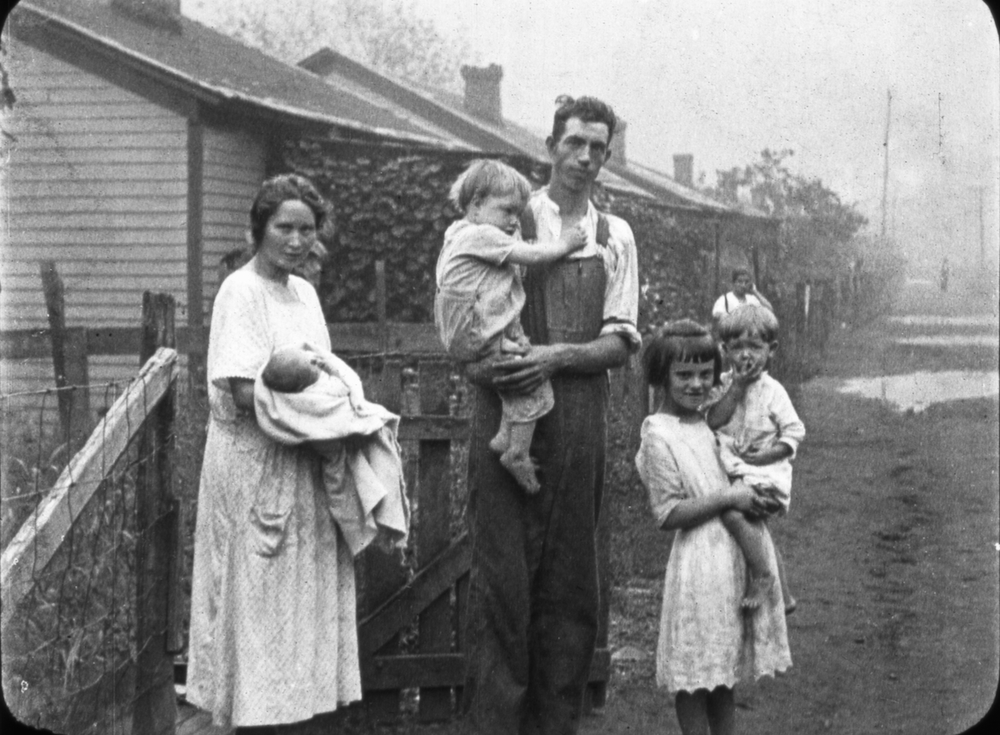 Lou Dean (baby) pictured with his parents and siblings

Lou Dean Rogers was born on May 25, 1936 in a small town in West Virginia to Herman Rogers and Maxine O’Toole, who was originally from Virginia.  Herman worked in a coal mine for forty-six years while Maxine cared for their four children: Herman, Jr., Ruby June, Bobby Ray and Lou Dean, though Bobby Ray died of a “sore throat” when he was five or six, Lou says.

Lou attended elementary and high school, but in order to avoid working in the mines like his father, he joined the marines as soon as he graduated.  He served in the marines for nine years and fought in the Korean War.  Upon being discharged and returning to the United States, he traveled around the country for a long time, trying to figure out what to do next.  He finally settled in California and got a job at a factory called Continental Can.  He stayed with it for a while before moving to Reno to become a black jack dealer.  From there he decided to move to Chicago and got a job with the Park District.

Lou settled into Chicago and found an apartment on Belmont and somehow happened to meet a young woman by the name of Daisy Marshall, whom he eventually fell in love with and proposed to.  Daisy worked as an executive secretary for a company on Addison, which Lou says she started working at when she was just seventeen.  At the time of this writing, Lou claims she works there even still.

Lou and Daisy got married and had one daughter, Ramona.  According to Lou, he and Daisy got along okay, but would have terrible fights whenever they drank, which was often.  “We just couldn’t make it work,” says Lou.  When Ramona was thirteen, they divorced, and Lou decided to go back to West Virginia, where his parents, Herman and Maxine, were still living.  At that point, both of his parents were quite elderly and in need of a lot of help, so Lou went to live and care for them until they died within six months of each other.

Upon their deaths, “there wasn’t much” for Lou in West Virginia, so he returned to Chicago and got his own apartment and was even able to get his job back with the Park District.  He hasn’t had many hobbies besides watching sports and comedies on TV and does not have many friends or a big social circle.  In 1987, he fell at work, supposedly due to drinking on the job, and was hospitalized.  Later he was diagnosed with alcoholism.  After that, he lost his apartment and had to sometimes resort to sleeping on the street.  From time to time, he had enough money to get a room at a boarding hotel.

Lou has continued over the years to be admitted in and out of the hospital because of falls or complications due to his alcohol consumption.  About a year ago, he was discharged to a nursing home by his doctor, where he was able to “dry out.”  Lou eventually checked himself out of that facility, however, and went back to living in a rented room.  He says he stayed sober for a while but then went back to drinking.  Recently, he was again admitted to the hospital, this time to Swedish Covenant, for internal pain.  His doctor again discharged him to a nursing home and warned him that if he checks himself out again, he will drop him as a patient.

Lou says he understands what is at stake, but finds it very hard to not drink.  He says he has always been a “jittery” person.  “I’m always very nervous inside,” he says.  Certain things never bothered him, he relates, such as watching his parents die or witnessing men killed in battle.  But small things set him off, he says.  He admits that he’s always been a heavy drinker, but doesn’t think this is a problem.  He likes the current facility, but he doesn’t want to stay because he’s not allowed to drink.

Lou’s daughter, Ramona, visits occasionally, but seems to be keeping an emotional distance.  According to Lou, he tried to contact her over the years but that Daisy “poisoned” her mind against him.  Daisy has not spoken to him for years, so Ramona has agreed to be listed as his next of kin.  She has told the staff, though, that she is not interested in being overly involved in his care.

Meanwhile, Lou seems to be making a relatively smooth transition to the home.  He enjoys watching sports on TV with some of the other male residents, but sometimes complains that everyone here is “too old.”  He tried bingo, but says they go too slow.  He claims to be waiting to see what will happen between himself and his doctor and for now is just “letting it ride.”  Besides what his soured relationship with Ramona, Lou says he has few regrets in life.  “I’m just a coal miner’s son in the end,” he says, “and I didn’t do too bad, if you think of it that way.”