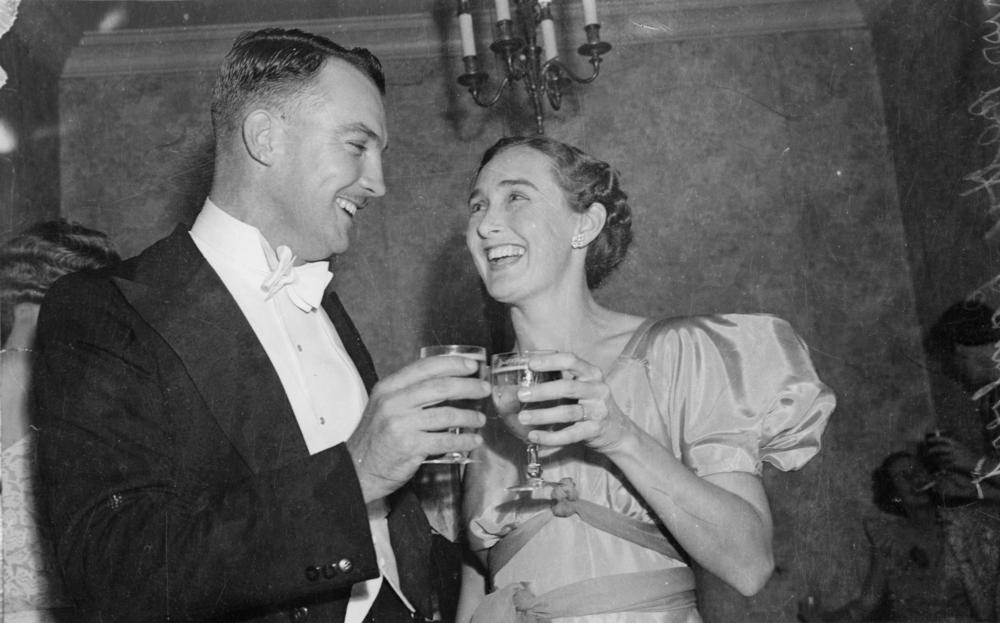 Britta Driessen was born on September 10, 1909 in Chicago.  Her parents were Valdis Ozolinsh, an immigrant from Latvia, and Ebba Ahlstrom, an immigrant from Sweden.  Valdis made his way to America alone, and Ebba also came alone across the ocean to live with her sister, who had found work in Chicago.  It is not certain how Valdis and Ebba met, but is thought to have been at a dance.  They began courting and eventually married.  Valdis worked making wooden boxes, and in the early days of their marriage, Ebba cleaned the offices of the gas company in the evenings.  After she gave birth to their only child, Britta, however, she stayed home to care for her.

Britta continued working after their marriage. Not long after, however, there was a reorganization at Western Electric, and Britta was somehow transferred into Arthur’s division.  Since there was a company rule which prevented family members working for other family members, Britta saw no choice but to resign.  She stayed home and became a housewife, which Arthur seemed to prefer anyway.  They lived in the upstairs apartment above Valdis and Ebba, but when her parents decided to sell the building, she and Arthur decided to buy their own place in Park Ridge.

When the war broke out, Britta took over her cousin’s job at the Café Bohemia.  It was supposed to be a temporary job in the office, but it stretched on for many years.  She and Arthur never had any children, so it seemed to make sense at the time, especially as Britta enjoyed working.  She also loved crocheting, making hook rugs, reading, and music.  At one point, she tried taking piano lessons, but she found she didn’t have enough time to practice, so she quit.  She also loved bowling, and she and Arthur joined many leagues over the years.  She was very active in the ladies auxiliary of the Elks, and served on the board of various charitable organizations.

Arthur and Britta had many happy years together until he died in the late 1980’s.  Britta decided to sell the house and move into a retirement community, where she was able to live independently for about eight years.  One day, however, she woke up to find she couldn’t move her legs and subsequently called an ambulance.  She was hospitalized for several weeks and then discharged to a nursing home for physical therapy. It is thought that she might yet return to her home. Britta is a very patient, sweet woman who appears eager to please, but she has not completely acclimated to her new surroundings.  She fully believes she is going to return home and concentrates on her physical therapy, often practicing walking with a walker up and down the hallways.  “I’ve had a good life so far,” she says, “but it’s not over yet!”