In and Out of Mental Institutions 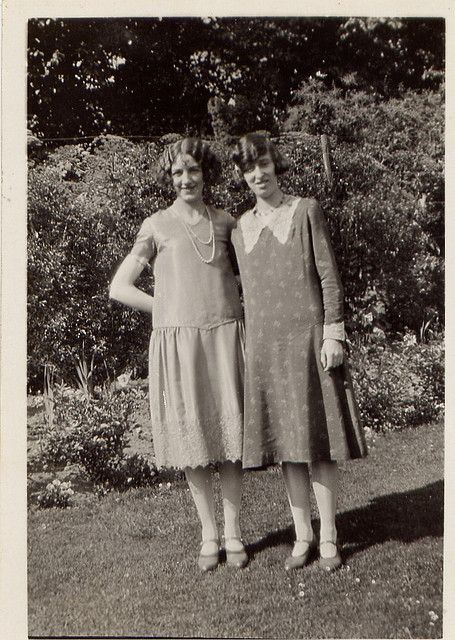 Hattie (right) with her sister, May

Hattie Shirley was born on August 21, 1916 in Boise, Idaho to Orville Mayfield and Alberta Hass.  Not much is known about Hattie’s parents except that when Hattie was a baby, they divorced.  Alberta took the three children: May, Hugh, and Hattie and moved to Chicago, where she eventually met and married a man by the name of Clarence Woods.

Hattie went to high school and then attended business school where she became an accomplished typist.  She worked for several years as secretary for a brewery in Chicago, where she met a quiet, bookish young man named Wilson Shirley.  Wilson and Hattie married and had two children, but no one knows their names or where they are now.  It is thought that the boy has since died, but that the girl is alive somewhere and married.

Besides her own two children, Hattie often cared for her sister, May’s, daughter, Norma.  Norma was apparently a great favorite of Hattie’s.  Norma would often come and stay with her Aunt Hattie and Uncle Wilson, and she and Hattie would make up all kinds of games to play, their favorite being “house.”  Hattie would pretend to be “Mrs. Green,” and Norma would be “Mrs. Brown.”  Norma laughs at how strange it was that she actually did grow up to become “Mrs. Brown,” having married a man named Paul Brown!

Norma reports that when she was about ten years old, she noticed a change in her Aunt Hattie that no one else picked up on.  Something just seemed “different” about her, and Norma began to be afraid to stay there anymore.  Norma suspects that it was the beginning of Hattie’s mental illness and subsequent stays in mental institutions, which she was in and out of for the rest of her life.  Hattie was at some point diagnosed with organic brain syndrome and/or schizoaffective disorder and eventually lost all contact with her family.  Her brother, Hugh, died, and May and her husband and Norma moved to Florida.  It is unknown what happened to Wilson and their two children.

At some point, a State Guardian was appointed for Hattie, who then oversaw her various admissions to mental institutions over the years.  Eventually, as Hattie aged, she was transferred to the Westwood nursing home in 1985, where she remained without incident for ten years.  When she recently developed pneumonia, however, and was hospitalized, she refused to go back to Westwood upon discharge.  No problem behavior was noted in her chart from Westwood, and the staff seemed puzzled at her refusal to come back, saying that they thought she liked it there.  Her guardian decided, however, that perhaps Hattie was getting bored and restless in that environment and suggested that a change of facility might be good for her.

Hattie was then admitted to this current facility and seems to be making a very smooth transition.  She is a very sweet, gentle woman who can carry on a conversation, though it often becomes nonsensical.  Hattie does not remember much about her past, but she loves to make up stories about herself, which she delivers in a casual, nonchalant sort of way, which adds to the charm of them.

One of Hattie’s stories is that her mother, Alberta, gave her up as a baby to a Mrs. Lieberman, the administrator of the Westwood Nursing Home (where Hattie was previously a resident).  Hattie relates that her mother had a very hard labor with her and that, after all that work, Hattie had come out rather ugly, which is why Alberta decided to give her up.  When asked if Westwood was an orphanage at the time, Hattie replies that no, it was a nursing home and that yes!—she was raised in a nursing home!  When asked about her occupation in life, she reports that she was Mrs. Lieberman’s “coffee girl” and that it was her job to run around and serve Mrs. Lieberman coffee all day.  The only time she became distressed—to the point of tears—during her admission interview was when she said she tried to commit suicide at Westwood, which the staff and her guardian say is simply not true.

So far Hattie seems to be enjoying her new home.  She does not really interact with the other residents but loves to dress up and put on makeup and to have her hair done at the facility salon.  She has no family or friends who visit, but doesn’t seem to be aware of this, or, if she is, she doesn’t seem to mind.