From Ukrainian Professor of Physics to Janitor 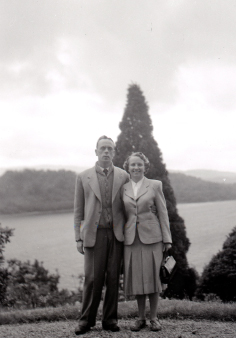 Sasha Pasternak was born on March 12, 1946 in Ukraine. His parents were Martyn Pasternak and Alberta Jelen.  Jelen, Sasha reports, means “stag” in Polish, and he seems very proud of his mother’s name.

Martyn was a Ukrainian Jew, and Alberta was a Polish nurse living in Ukraine with an elderly woman she was hired to care for. As it happened, the elderly woman’s children and grandchildren often came to see her, and one day one of her grandson’s brought a friend along by the name of Martyn Pasternak. As soon as Martyn saw Alberta, he fell in love with her, and they married in 1928. Martyn worked as an economist, and Alberta continued working as a nurse until their first child, Anna, was born in 1932.

Fourteen years later, in 1946, a son was born – Sasha. Sasha attended high school and university, eventually becoming a professor of physics, with a specialty in medical radiation. He was on the chief of staff in this field, did extensive research, and gave lectures at the university in the evenings, enjoying his career immensely.

In 1969, when he was 23, he married the love of his life, Liliya. As it happened, however, he had been dating a different girl, Vira, shortly before he met Liliya. One night, he and Vira went to a friend’s apartment to celebrate Vira’s birthday. At the impromptu party, Sasha was introduced to his friend’s date, Liliya, and instantly fell in love with her, perhaps in the same way his father, Martyn, had fallen in love with Alberta. Ten days after Vira’s birthday party, Sasha married Liliya in a quiet service.

Sasha and Liliya, who worked as a language teacher, made a happy life for themselves in Ukraine and had two sons: Ivan and Denys. Sasha says he left the Communists to themselves and lived his own life. He felt he had a pretty good salary, a great job, a nice family and a nice apartment. When Communism fell, however, his life began to fall apart. His salary shrank to almost nothing and his sons, just leaving university, had no job prospects. Seeing the situation in the Ukraine as hopeless, Sasha decided to move the family to America and arrived in Chicago in 1994 with Ivan and his wife and daughter; Denys; and Liliya’s parents. And while there proved to be much more opportunity for their sons, Sasha and Liliya’s prospects worsened. Sasha gave up his brilliant career in research to become a janitor, and Liliya found a job at the counter of Lord and Taylor.

After about a year in America, the powers that be at Evanston Hospital where Sasha worked as a janitor heard of his background in the Ukraine and offered to send him through 14 months of training in medical radiation in exchange for him to continue working as a janitor as a volunteer. Sasha desperately wanted to take the offer, but eventually declined it, knowing that they could not exist for that period of time without his salary. For one thing, shortly after their arrival in America, Liliya’s parents began to have a myriad of health problems. Her father had to have a lung operation and his leg amputated, which required extensive hospitalization. In order to visit him every day, Liliya’s mother had to take three buses to get to the hospital, and eventually the stress got to her. She had a heart attack and then a series of strokes and falls before she finally died.

Sasha eventually was offered a more humble position of lab technician. It did bring in a little more money than he had been making as a janitor, but the family still struggled because Liliya had been forced to quit her job to take care of her parents when they were ill and dying. As luck would have it, things got even worse for the Pasternak’s. In October of 1996, just as Liliya was getting over the death of her father, Sasha was hit by a car. He spent eighteen days in the hospital before he was transferred to a nursing home to more fully recover. Upon his admission, he had a lot of anxiety and found it difficult to lie in bed all day. He has since begun to be up and about more and looks forward to Liliya and his sons coming to visit each day. He is eager to get home and back to work, he frequently repeats, though he worries that his job will be given to someone else. His boss, he says, has promised to hold his job, but, Sasha says, “I am a pessimist at heart. I wait and see.”