“I Cured Myself of Cancer!” 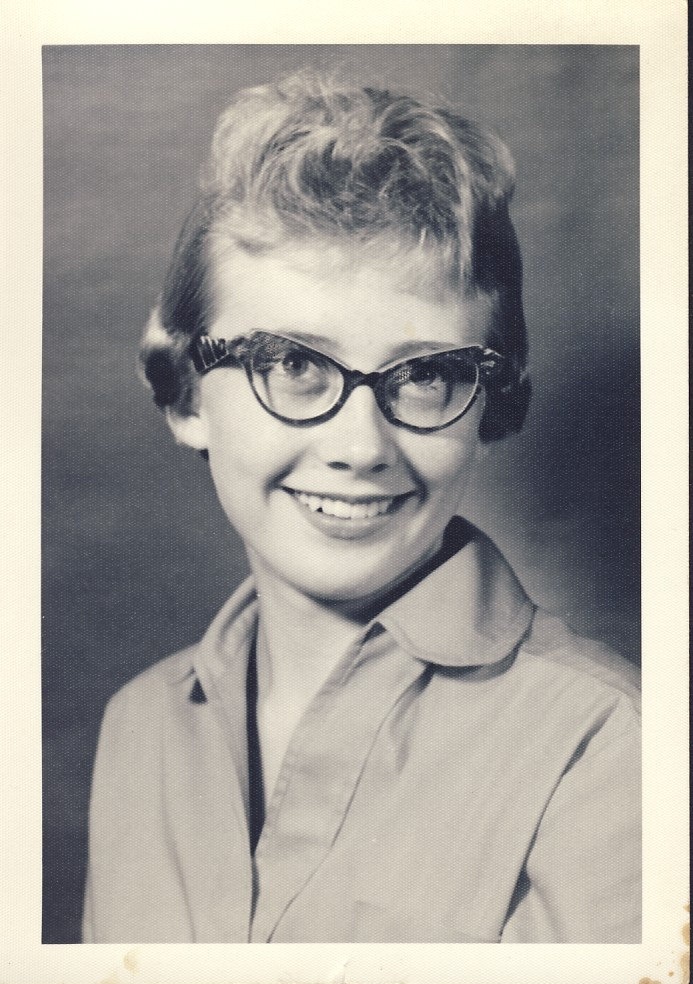 Verla Swanson was born on March 29, 1942 in Albany, NY to Lev Reznik and Klara Grinberg, Russian Jews who had also both been born in Albany.  As a young boy, Lev started out working at a company that fixed tires, but when the company went broke, he began volunteering as a prep cook in hospitals and nursing homes until he was offered a paid position.  He then moved on to work for the State of New York as an operator for their addressograph, which was a machine invented for printing addresses on envelopes.  Klara, meanwhile, stayed home to care for their three children: Rose, Verla, and Gary.  When the kids became teenagers, however, Klara went back to work at the same men’s clothing store she had worked at before she got married to Lev.  In later years, she also got a job working for the State of New York, processing insurance claims.

Verla attended high school and college and got a B.S. in education, which she has supplemented over the years with 60 additional credit hours.  Her first teaching job after college was working as a PE teacher, but she later began working with drop-outs as both a teacher and a counselor.

Verla got tired of her life in Albany, however, and decided to move to San Francisco, where she met her future husband, Tad Swanson.  Tad was also a teacher, and, after they were married, he and Verla opened up a math and reading center for kids and adults.  They both apparently enjoyed their work at the center for several years before they then decided to move to Hawaii with Tad’s four kids from a previous marriage.  In Hawaii, they bought a clothing shop, which Verla ran, and an ivory scrimshaw shop, which Tad ran.  The ivory shop was a huge success, which made the Swansons a lot of money.  Tad became a very powerful, influential figure in town, Verla says, which “went to his head.” She also says that Tad and all four of his grown children began using cocaine on a regular basis.  Eventually, Verla couldn’t take it anymore, and she divorced Tad.

Alone now with few friends, as her whole life had been devoted to working at the two shops, she began frequenting dance clubs and one night at the Hyatt, met Randy Rossmoor, a golf pro.  The two fell in love, and Randy convinced Verla to move to Chicago with him, where he was from originally.  Deciding that there was nothing left for her in Hawaii, Verla agreed and moved to Chicago with Randy.  There they bought a Fantastic Sams, but it went out of business.  When the business failed, Verla and Randy broke up, too, but they remained good friends.  “We were better as friends than as a couple,” Verla explains.

Eventually, however, Randy stopped calling altogether, which threw Verla into a depression that lasted several years.  Finally, she decided to go to massage therapy school.  She graduated and opened her own shop and was mildly successful until 1992, when she was diagnosed with breast cancer, which she believes was caused by the horrible stress of her divorce.  “It took me ten years to get over Tad, and it weakened my immune system.”  She had a lumpectomy, which she says further “killed my immune system.  I was much healthier and stronger before the operation.”

After she recovered from the surgery, Verla says she went back to all of her normal activities, including rollerblading, which was her main hobby.  She never gave cancer another thought, she says, and assumed that the surgery had taken care of it.  She was horrified then when it reappeared a year later.  She read somewhere that “scar tissue breeds cancer cells,” so she concluded that her lumpectomy scar was the source of the recurrent cancer.  She refused to have her breast removed, which is what the doctors were suggesting, and also refused to have X-rays, for fear that they would “irritate the cancer.”

Instead, Verla decided to travel to a center in Indianapolis, Indiana, where she underwent “drippings,” which she describes as some type of IV therapy for cancer.  From there, she traveled to another center in Houston, Texas for a similar type of IV therapy.  “They ruined my arms,” Verla complains and says that they “popped the veins in both arms in one day.”

Disgusted and depressed, she left Houston and returned to Chicago.  She gave up all hope in traditional medicine, feeling betrayed by all of the doctors she had seen thus far.  Instead, she decided to read all she could about cancer so that she could come up with her own plan of treatment, which turned out to include massage therapy and a strict diet of raw food.

Verla fully believes that she cured herself of cancer using these techniques and that her cancer only returned because she was in a car accident in 1995.  Initially, she thought she had merely sprained an ankle in the accident and gave herself massages to heal it.  The pain she was experiencing grew worse, however, and began travelling up her leg to her buttocks.  Unable to give herself effective massages, she asked other message therapists to come to her house to massage her, which they were willing to do at first, but then dropped off one by one.

Alone and suffering, she finally got someone to come out and give her a spinal message, which caused her to not be able to move her left side.  Desperate, she called an acupuncturist to come to the house to try to correct the damage from the spinal message, but it only made things worse, as afterwards she was unable to move her right side either.  Eventually, however, she improved a little and was able to hobble around her house.  Later it was discovered that she had actually fractured her spine in the car accident and that the situation was made worse by “therapists who didn’t know what they were doing,” Verla says.

Over the next several months, Verla continued to decline, so she moved to a new apartment that was more handicap-friendly and got a caretaker to come in every so often to help her.  During all of these health problems, Verla somehow unfortunately allowed her medical insurance to expire and was therefore burning through her savings rapidly.

At a colonic enema clinic, she met Joe Sanchez, with whom she became good friends.  Verla says that Joe was very supportive of her, but not financially, even when she directly asked him for money.  Eventually, Verla ran out of money entirely and admitted herself into a hospice house.  The staff there contacted Verla’s family back in New York, with whom she had only erratic communication over the years.  Her sister, Rose, and her brother, Gary, flew out to see her.  “They did a lot of nice things for me while they were here,” Verla says, “but they only gave me $150.00.”  Verla had asked them for money so that she could continue her regime of message therapy and “live” vegetable juices, but they refused.

About a month ago, the hospice house discharged her to a nursing home, where they thought the care would be more appropriate to Verla’s needs.  Verla, however, is having a hard time adjusting.  She demands constant attention of the staff, and if she does not get it, she cries or continuously pushes her call bell, sometimes in 10-minute intervals.  She is demanding message treatments, which the home does not offer, and a diet only of freshly squeezed—“live”—juices of fruits and vegetables.  When told this is not a sustainable option in this facility, she became very upset, though she has begun recently to eat cooked food, which she says she hates, after eating only raw food for three years.  She also does not accept the fact that she has terminal cancer.  “I’m not ready to die,” she says.  “I don’t see any physical reason why doctors think I have cancer,” she adds, and points to the color and softness of her skin as well as the color of her veins to prove that she is cancer-free, though to everyone else she appears to be wasting away.  “I want to walk again and be a normal person,” she says.  “I know what has to be done, but I have no resources.”

Because she is significantly younger than the rest of the residents, she refuses to mix with them or join in any activities.  “They’re all old!” she says.  Occasionally, her friend, Joe, shows up to visit, but she is “disappointed by him, too.”  Meanwhile, the staff are trying their best to find interesting things for Verla to do.