“He Was Never The Same.” 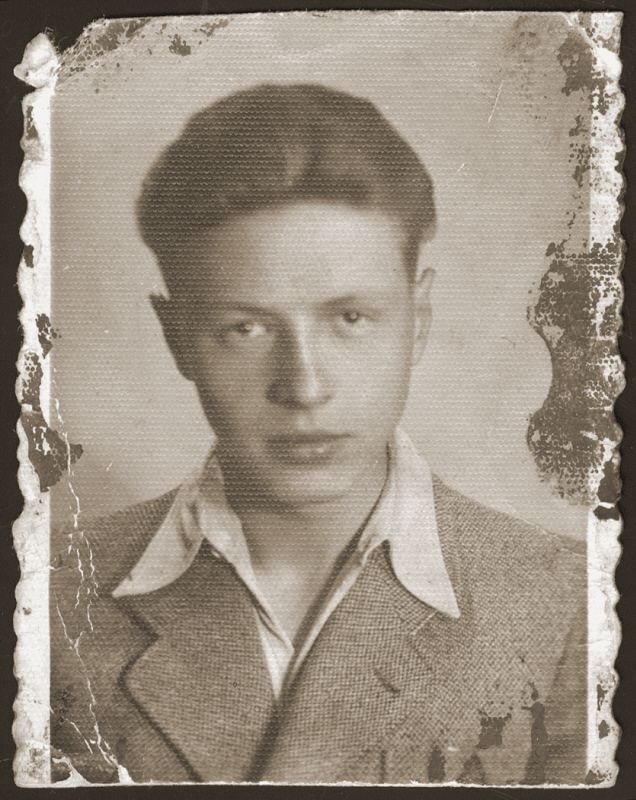 Felix Dubicki was born on July 12, 1928 in Chicago to Izaak Dubicki and Anontia Grzeskiewicz, both immigrants from Poland.  It is thought that Izaak and Antonia met and married in Chicago, but Felix isn’t sure.  He knows that his father worked in Chicago at a tannery and that his mother cared for their four children: Andrew, Danuta, Felix and Felicia.

Felix does not recall much about his parents, but his sister, Felicia, relates that Izaak and Antonia “suffered many hardships” in Poland and that they were very poor.  According to Felicia, they had “a different mindset, a different outlook on life.”  Children were not beloved priorities to them, but were instead seen as accidents.  For Izaak and Antonia, life was not about providing a loving, happy environment for their children, it was about surviving, and each child that came along made surviving that much harder. Felix is especially bitter about his childhood and says that he has no deep love for his parents.

Felicia explains that this is probably because when she was eleven and Felix was twelve, Izaak and Antonia divorced.  Andrew and Danuta were old enough, apparently, to fend for themselves, but Felix and Felicia were sent by their parents to live in an orphanage.  Felicia says that though it was difficult, she managed to make it through relatively unscathed.  Felix, on the other hand, was quickly nicknamed “Jammy” by the other orphans because he was always getting himself into “jams” and subsequently punished.  According to Felicia, Felix was a very outgoing, fun-loving child, but after his experience at the orphanage, he “crawled into a shell” and became very quiet and introverted for the rest of his life.

After several years, Antonia was financially stable enough to bring Felicia and Felix back home to live with her and consequently enrolled them in high school.  After only two years, though, Felix came down with rheumatic fever and had to quit.  When he eventually recovered, he gave up school altogether and became what was known as a paper handler in a printing company called Chicago Roller Print on Fulton Street.

Felix continued to live with his mother, even after Felicia married and moved out.  Eventually, however, Felix moved into his own apartment because Antonia was “too hard to take,” though he continued to financially support her.  Felicia confirms that Antonia was a very difficult person to get along with.  Once he was on his own, Felix began to drift from the family and became more and more of an introvert.  Even Felicia, to whom he was the closest, lost contact with him.  Life continued this way for the next twenty years, with Felix living a separate existence from his family.  He never married, and Felicia says she never knew him to ever even have a girlfriend.

Over the years, Felix continued working for various print shops, including the Sun Times, the Tribune and Irving Berlin Press.  His passions in life seemed to have been listening to opera, watching football, and going to the Lincoln Park Zoo.  He apparently visited the zoo almost every day, saying that he much preferred the company of animals to humans.  In his late forties, however, he did finally reach out to Felicia, who was surprised but happy that he had contacted her.  Over the next decade, they had sporadic communication, Felicia suspecting that not only was she his only friend during those years but that he was an alcoholic as well.

When Felix was 55 years old, he was diagnosed with diabetes and was unable to work for a significant period of time.  Unfortunately, this coincided with a shift that was occurring in the printing industry as a whole.  It was becoming more and more automated, almost eliminating the need for manual paper handlers; thus, when he was able to return to work, Felix found himself without a job to go back to.  Not knowing what else to do and still suffering from complications due to his diabetes, Felix went to live with Felicia.  Felicia reports that in the beginning, when he was only receiving a small unemployment check, his drinking subsided significantly, but then when he began receiving larger disability checks, he went back to drinking heavily.

Felicia says that having Felix live with her wasn’t too much of a burden, as he stayed mostly in his room.  He seemed depressed and unhappy most of the time, and she suspects that in 1993 he may have even tried to kill himself.  Felicia does not elaborate on the details of what exactly happened, but says that Felix wound up in the hospital and was then discharged to a nursing home.  He stayed in that particular facility for about a year before returning to live with Felicia.  It was short-lived, however, because he needed so much more assistance than he had before, and Felicia, herself getting up in years, couldn’t help him or afford to hire anyone.

Felix was determined to not go back to a nursing home, however, so he decided to move into the Lorali apartments on Lawrence Avenue on his own.  This arrangement only lasted about three days, however, before he became dizzy and fell.  Felicia says it is probably because he didn’t eat right.  His eyesight, she says, was also so bad at that point that he could not correctly read the numbers on his insulin syringe.  When admitted to the hospital again, his numbers were so severely off that his doctor would only agree to release him to a nursing home, saying that he was lucky to even be alive.

Felix has thus far made a relatively smooth transition to his new placement, but he remains quiet and withdrawn.  He never speaks to the other residents, even if they ask him a question.  He appears “in his own world,” much of the time, something he has been doing since he was “a little kid,” Felicia says.  Though it is hard for her to get around, Felicia visits regularly.  She seems very concerned for Felix and thinks that he is still very depressed.  She is at a loss on how to help him, however, saying that Felix “has never been happy.”  He was happy as a little boy, she says, but having to go to the orphanage changed something in him. “He was never the same.”