Her Dreams of Being a Nun Were Dashed! 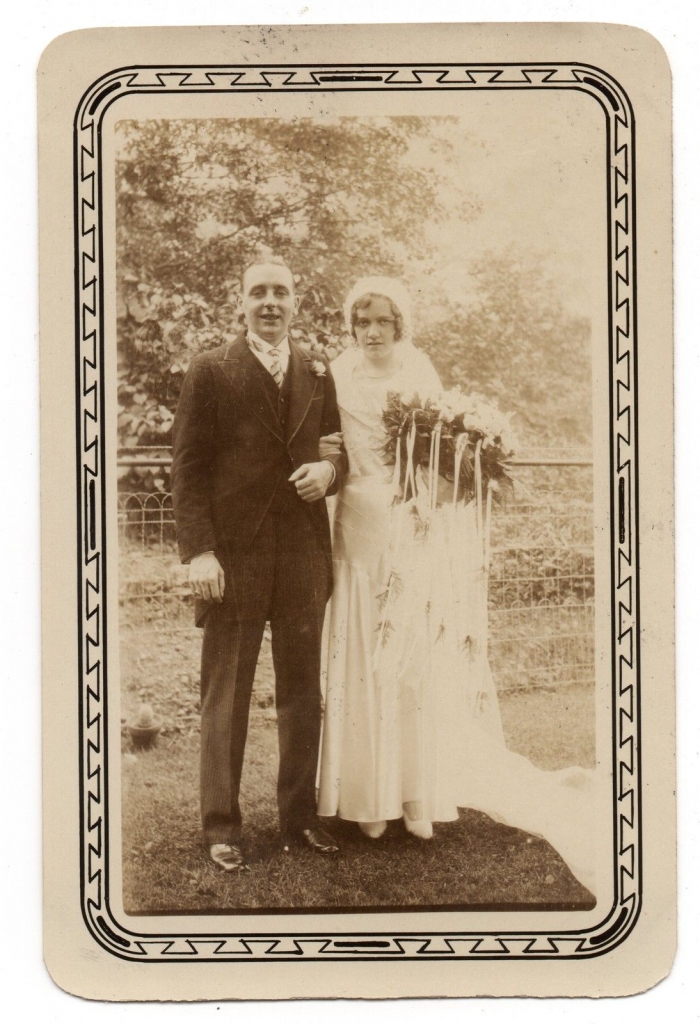 Nedda Scarsi was born on April 7, 1910 in Chicago to Giovi and Fara Mancus, both of whom had immigrated to the United States from Sicily as a newly married couple.  Giovi made a living selling produce from a cart that he pushed from street to street, and Fara cared for their seven children, of whom Nedda was the youngest.  Nedda attended school until seventh grade and then quit to help her mother at home.

From an early age, Nedda was a very religious child and dreamed of becoming a nun.  Her mother wouldn’t hear of it, however, and insisted she get married instead.  When Nedda retorted that she didn’t know any men and didn’t really have an opportunity to meet any, Fara arranged for her to marry the son of some Sicilian friends.  For a while, Nedda tried to resist, but, finally, when she was twenty years old, she agreed to marry Vincenzu “Vince” Scarsi.

Vince worked at the Galvin Manufacturing Corp. factory, which later changed its name in the 1940’s to Motorola.  Nedda stayed home and took care of their four children:  Sonia (Sunny), Concetta (Connie), Antonio (Tony), and Francesca (Frannie).  Sunny and Connie were born very close together, right after Nedda and Vince married, but then ten years passed before Nedda became pregnant with Tony.  Another five passed before she became pregnant with Frannie, thus the Scarsi children were spread across a large space of time.

Shortly after Connie was born, Nedda’s mother, Fara, passed away, which caused a rift in the family that still exists today.  Giovi had long since passed away, so when Fara died, the children began to fight over the assets, which included three, three-flat buildings, which they rented out, and a considerable savings stuffed in mattresses around the house, as neither Fara nor Giovi had any trust in banks.  The four brothers aligned themselves against Nedda and her two sisters in their fight over how the assets should be distributed.  It was eventually sorted out, but each “side” refused to forgive the other and went their separate ways.  Thus, Nedda has never once spoken to any of her brothers since that time.

Nedda tried hard to make her own life with Vince, but they never really got along. In fact, they fought constantly.  To make matters worse, in 1953 when Frannie, the youngest, was just five, Vince was diagnosed with nose cancer.  The stress in the house worsened as a result, and the fighting intensified.  Finally, after two years of this, Vince and Nedda separated.  Nedda got menial labor jobs and went on welfare to support herself and the kids, but she became severely depressed.  Eventually, she was fired from her job and stayed in bed all day, sleeping constantly, forcing Sunny and Connie to care for both Tony and Frannie.

In 1962, Vince passed away, lifting some sort of burden from Nedda, and she began to “come around” again, says Tony.  By the time Frannie graduated from high school and moved out of the house, Nedda began to “perk up” and would finally leave the house and do errands.  Her favorite activity was to clip religious articles from the newspaper and put them in a box.  She also loved watching television, especially magic shows.  Eventually, Frannie got married and had a son, Frank, whom Nedda grew very close to and who became her favorite.  Often, Nedda would take the two buses required to get to Frannie’s house so that she could help watch him.  For years, she went to Frannie’s every Sunday for dinner.  She never really had many hobbies except collecting religious artifacts.  She only went on two trips in her lifetime: one to San Diego to see Sunny and one to Kentucky to visit Connie and her family.

As the years went along, Nedda was able to live independently until her mid-eighties when she began to experience a lot of problems with her bowels.  Tony and Frannie arranged to take her to the hospital, where she had many tests, all of which were inconclusive.  She was released back to her home, but she continued to get worse.  Finally, Tony and Frannie took her back to the hospital, and it was determined that her colon was no longer working but that she was not a candidate for surgery.  She was accordingly admitted to a nursing home, but after only a few days, she required emergency surgery for a colostomy.  During the surgery, it was also discovered that she was suffering from a massive hernia, which was pushing all of her internal organs up into her chest cavity, creating breathing problems.  Despite the doctors’ initial misgivings about the surgery, it was a success, and Nedda was able to return to the nursing home.

Tony and Frannie are both amazed that their mother is now more optimistic and outgoing than she has been in years.  At times she is very disoriented and confused, though, often telling the staff that her husband, Vince, will be by soon to pick her up.  At other times, she seems focused and has asked Frannie to bring all of her religious items from home so that she can hang them up in her room.

“She never got over wanting to become a nun,” Tony says.  “She talked about it constantly,” so much so that they were all surprised that she didn’t enter the convent when Vince finally passed away.  By that time, though, she was isolative and depressed, and when she did start to “come out of it,” she focused all of her energy, for some reason, on her grandson, Frank.  In fact, she never spoke of being a nun again, but continued to clip religious articles from the newspaper or magazines all the way up to her first hospitalization.

Nedda is a very easy-going woman, but does not yet interact with the other residents.  The staff are attempting to find some activities, such as saying the rosary, which might appeal to her.