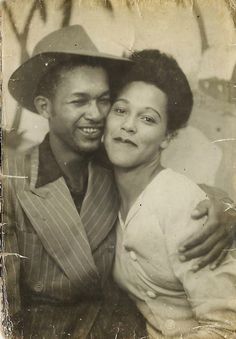 Chester Williamson was born on July 18, 1930 in Greenwood, Mississippi to Walter Williamson and Ethel Jones.  In the early 1940’s, the family moved to Chicago to look for work.  Walter found a job working in a steel mill during the day and later started working in a restaurant at night.  Ethel, meanwhile, cared for their nine children: Walter, Jr; Hattie; Clarence; Clara; Jimmy; Odelia; Roberta; Chester; and Roy.

The Williamsons moved around the city a lot as Chester was growing up, never staying in any one apartment for long.  Chester struggled with school, and, finally, after sixth grade, he quit.  He couldn’t find a job, however, and spent his days roaming the streets and getting into trouble.  He was eventually arrested and sent to the state penitentiary until he was released in 1951 at age twenty-one.

Right about this time, Chester unfortunately discovered that he had some sort of infection in his right lung, which resulted in him having to have part of it removed.  After he recovered, he realized that he would never be able to get a job doing hard manual labor, so he enrolled in barber school.  After a year, he earned his barber certificate and proceeded to find work at different shops around the South Side.  Eventually, he was introduced to a young woman by the name of Lorraine Davis, who was the sister of one of his customers.  Chester and Lorraine hit it off right away and married soon after.  They moved into one of the newly built high-rises of Cabrini-Green and had twin girls: Sandra and Suzanne.

Chester says he was happy with Lorraine overall, but “something inside me just couldn’t stick” to any one person or thing.  He eventually left Lorraine and became what he calls “a floater.”  He went from place to place for a couple of years before he realized that he still loved Lorraine.  It was too late, however, because when he finally decided to return to her, he discovered that she had already filed for divorce.

Brokenhearted, Chester went back to his “floating” lifestyle for the next thirty years, spending his time at the racetrack, listening to music in clubs, and traveling throughout the US and Canada.  He had some contact with Lorraine and his girls over the years, but not much.  To his knowledge, Lorraine is still living in Cabrini-Green, and he knows he has at least one granddaughter.

In the early ‘80’s, after a lifetime of working on and off in various barber shops, Chester decided that he really wanted to have his own shop.  He hadn’t the slightest idea of how to go about it, though, nor anyone to consult with.  He was determined, however, perhaps for the first time in his life, so he began the long process of waiting in line, filling out forms, getting approvals, and passing inspections to make his dream come true.  Finally, after a couple of years of “getting organized,” he was able to open “Chester’s Cuts” on Broadway.

Chester’s Cuts was apparently a success, and Chester eventually expanded it into a neighboring storefront.  After seven or eight years, however, it got to be a little too much for him, and he began to struggle with managing everything.  When he fell and broke his hip in the early ‘90’s and the building owner simultaneously raised his rent, Chester decided to give it all up and sell the shop.  With the little money he made from the sale, he decided to move into a retirement community in the suburbs, where it was discovered he had kidney failure due to his lifetime use of alcohol.

Chester remained at the retirement home for about a year before deciding to move into a nursing home back in the city.  So far Chester has made a relatively smooth transition and gets along well with his roommate, Mr. Kim.  Chester says that he dealt with stress throughout his life by drinking, but at some point, he realized that stress and alcohol will always be around, so he had to make a conscious decision to quit.  He says the key to success is to “approach things honestly.”

So far no family members have come forward to visit Chester, though he hopes his sister, Clara, his only living sibling of the original nine, will appear at some point.

Chester is extremely proud of the fact that he owned a barbershop, that he persevered through so much to attain it.  Upon reflection, he says, “I didn’t have the best life, but I made it.”