A Bachelor Until Age 66! 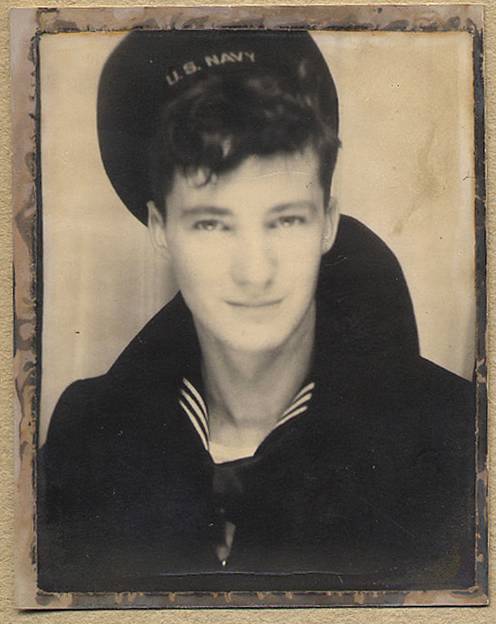 Melvin Rosenberg was born on December 28, 1927 in Chicago to Lester Rosenberg and Rita Shain, who had also both been born in Chicago.  Lester worked at the post office, and Rita cared for their three children: Audrey, Melvin and Wanda.  Rita never worked outside the home except during the war years, when she took a job at a candy factory.

Melvin graduated from grade school and went on to high school, where he took as many business classes as he could.  When he graduated, he got a job in the office of a knitting mill.  After the war broke out, he joined the navy, but he was eventually discharged due to stomach problems.  Melvin had various jobs throughout his life and usually worked in shipping and receiving, as an order-filler, a stock clerk, or in maintenance.

In 1950, he decided to go on a “working vacation,” and traveled through Iowa, South Dakota and Wyoming for three months, picking up jobs as he went.  It was a “stand-out time” in his life, he says, and talks about his travels frequently, even now.   When the three month stint was over, he was tempted to extend it, but he was worried about his mother, so he made his way back home.  On the day he returned to Chicago, he discovered that it was his younger sister, Wanda’s, wedding day!

Melvin also discovered that there was a letter waiting for him from the army, telling him to report for duty for the Korean War.  He then had to try to explain to the draft board that he had already served in the army during WWII, but that he had been discharged due to poor health.  He was eventually successful in clearing the matter up and then proceeded to get various jobs around the city of the type he had had before.

Melvin never married as a young man, he says, because he “never found the right woman.”  He loved making things with his hands, going on trips, and playing poker and bingo.  He also loved to cook, a skill he learned from his mother, whom he lived with on the northwest side until she died at age 93.  Rita was still cooking up to the age of ninety, though, says Melvin, and over the years, she taught him how to cook many of her specialties.   His older sister, Audrey, passed away when she was in her fifties from lung cancer, and Wanda had moved away shortly after her marriage.  So when his mother died, Melvin was left on his own.

In 1983, he was able to get a union maintenance job at Armstrong and Blum tool makers, a job which he really enjoyed.  “I made great money there,” Melvin says, but unfortunately he had a series of accidents on the job.  After only six years there, he was forced to retire because all of his injuries prevented him from adequately doing the job.  He was only sixty-two at the time.  Shortly after that, there was a fire in his apartment building, and Melvin jumped from a 4th story window, breaking his ankle and his back in the process.

Melvin spent weeks in the hospital and was then transferred to a rehab center.  From there, he really had nowhere to go, so he admitted himself to a nursing home, Clark Manor.  He progressed so much over time, however, and became so independent that the staff at Clark Manor told him he would have to be discharged because he did not really need skilled nursing care.  From there he went to a retirement-type of hotel, but it was very dirty, says Melvin, so he somehow checked himself back into Clark Manor.  Again he was told he would have to leave, so he admitted himself to Alden, another nursing home.

Melvin was happy at Alden and became very attached to the woman in the room next to his, one Bertha Zimmer.  As time passed, Melvin actually found himself in love with Bertha and asked her to marry him at age sixty-six.  Bertha said yes, and they arranged for a rabbi to come and officiate.  The staff helped Bertha’s daughter, Laura, throw a big party for them at the home.  Melvin and Bertha were apparently happy together and enjoyed having Laura visit every day.

After about two years, however, Melvin grew dissatisfied with Alden and claimed that not only had two pairs of his slippers been stolen but that the staff had begun to hit him.  Thus, Melvin and Bertha moved to another nursing home, Peterson Park, where they remained for another two years.  Melvin enjoyed Peterson Park, but Bertha longed to go back to Alden because it was close to her daughter, Laura’s, house, which meant that Laura could easily visit daily.  Peterson Park was farther, so Laura visited them less.  Melvin refused to go back to Alden, so Bertha moved back on her own.  After only two weeks at being back at Alden, however, Bertha passed away of a heart attack.

Bertha’s death hit Melvin very hard, and he at times still expresses anger at Bertha.  “The doctor told her to lose weight and exercise, but she wouldn’t,” he says, frequently blaming her for her own demise.  Shortly after her death, Melvin again sought to move to a different nursing home, again reporting that his slippers were stolen and that members of the staff had begun to hit him, the very same thing that had apparently happened back at Alden.

The staff at Peterson Park claim they were all completely shocked when Melvin expressed his desire to move and by his accusations of abuse.  Before Bertha’s death, they claim that he always appeared happy and content.  According to them, Melvin went into a depression after Bertha’s death, but they suspect that Melvin has been dealing with some form of mental illness since the fire in his apartment building, which has resulted in a paranoia that someone is trying to kill him.  He uses the excuse of the stolen slippers and physical abuse from staff to cover up, they say, for his real fear, which is that someone is following him and wants to kill him.

Besides this apparent mental issue, Melvin is a very engaging, sociable man.  He seems to be making a smooth transition to this new nursing home, his fourth, and participates in all activities offered.  He is very helpful and is actively seeking out friends.  He still misses Bertha, he says, and is sad that no one comes to visit.  He understands that Wanda is too far away to visit and that she has her own health issues, but he feels hurt that Laura, Bertha’s daughter, never comes to see him anymore.