He Asked His Family to Find Him a Bride 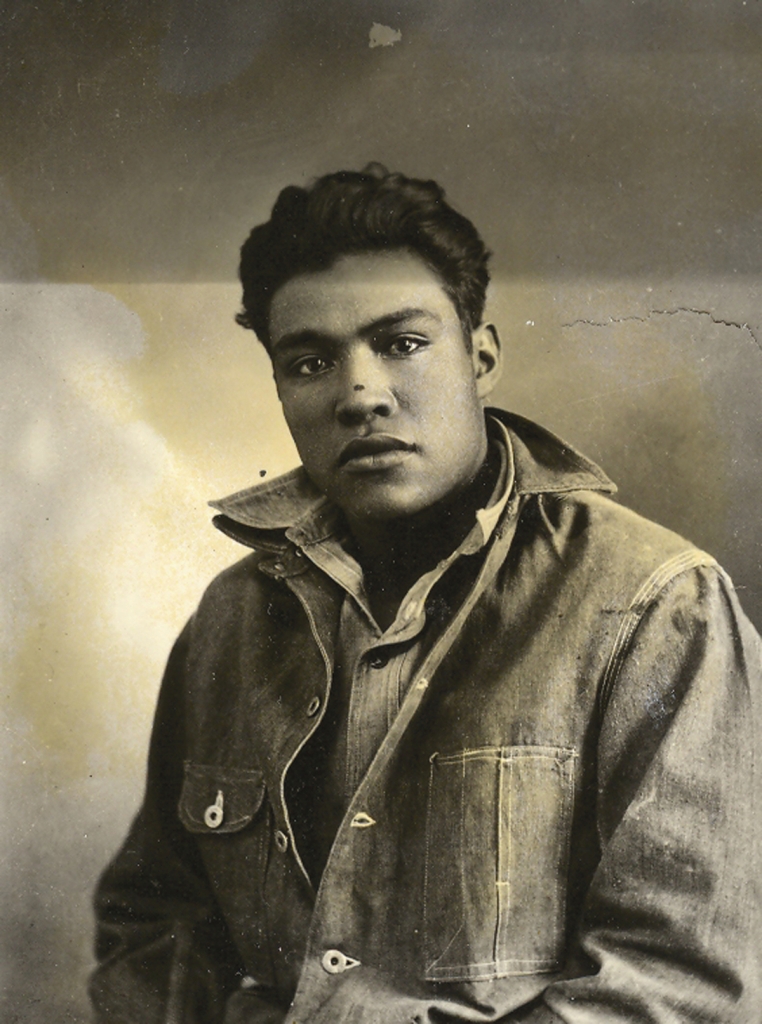 Francisco Alvarez was born on September 8, 1913 in Cuba to Felipe Alvarez and Maria Acosta.  Felipe worked as a chef in Havana, and Maria cared for their nine children, of whom Francisco was the oldest.

Francisco was an extremely intelligent child and was able to attend a couple of years of high school before he was forced to quit and help his father in the kitchens of the restaurants where he worked.  It wasn’t a job Francisco particularly enjoyed, but he did love good food.  As a young man, he also loved playing the saxophone and listening to classical music.  “He was very much a loner,” however, reports his sister, Eldora.  He was always “hot-tempered,” she says, and “he didn’t have many friends.”  He worked a variety of jobs in Cuba, mostly in restaurants, before deciding to try his luck in the United States.

Francisco arrived in Chicago in 1956 and got a job working for Hart, Schaffner and Marx in one of their downtown warehouses.  He continued to be a loner, however, and over the years only managed to make two friends with whom he sometimes met up to play dominoes.  When he wasn’t working, he took some trips around the United States, and especially liked going to see New York.  Eldora says the family was always urging him to settle down and get married, but Francisco always ignored them, saying that there was plenty of time to get “tied down.”  They were hopeful, Eldora says, that when he left to come to the United States, he would perhaps find someone there.

After three years in the United States, however, and at age forty-six, he was still single.  His family was surprised, then, to get a letter from him one day in which he expressed his desire for them to find him a bride.  This of course caused much excitement in the family, as they set about looking for a potential mate for Francisco.  Finally, they were able to set him up with Bonita Delgado, who was the daughter of a friend with whom Felipe worked.  Francisco returned to Cuba for a visit and to meet his potential wife.  He went on several dates with Bonita and, finding her agreeable, promptly proposed to her.

His family was surprised but delighted when she said yes.  The two were married quickly in Cuba and then returned to Chicago.  Bonita found work in a factory, and Francisco continued at Hart, Schaffner and Marx.  It proved not to be a happy marriage, however.  Francisco was still hot tempered and was apparently verbally abusive to Bonita, so after only a couple of years, the marriage broke up and Bonita returned to Havana.

Shortly after his divorce, Francisco’s parents, Felipe and Maria, decided to immigrate to the United States, as well, and came to Chicago to be near Francisco and two of their daughters, Eldora and Flores, who had also moved here.  It was Felipe’s plan to get a job in a restaurant, but he died unexpectedly after only being in Chicago for about a month.  After Felipe’s death, Maria moved in with Francisco and became completely devoted to him.  Endlessly she urged him to find another wife, so he continued to date various women, if only to please her.

According to Eldora, Francisco loved to buy women expensive gifts, but he hated being thanked for them.  As soon as a woman gushed her thanks to him for a gift he had bought, he “dropped her immediately,” Eldora says.  He would then become acerbic and abusive, and the relationship would end.  Meanwhile, his mother continued to pamper him and cooked beautiful, elaborate dinners for him until she died at age 97 in 1989.

Francisco was devastated by his mother’s death and repeatedly expressed his desire to “kill himself” and that he wanted “to die.”  Eldora and Flores both suspect that he may have actually tried to kill himself at one point but that the attempt wasn’t successful.

To make matters worse, within a couple of years of his mother dying, his only two friends also died.  From that point on, Francisco started having health problems and described his legs as suddenly “crippling up.”  He began having difficulty walking, so his sisters took him to Miami, “where the climate is better,” and helped him move into a nursing home there.  “It was a nice one,” Eldora says, “right on the beach.”  Francisco hated the food at that particular facility, however, and soon switched to a different one.  Eventually his legs improved, and he returned to Chicago for a visit in 1995 and was able to walk with just the aid of a cane.  When he returned to Miami, however, he unfortunately slipped and fell and was then confined to a wheelchair.

After his fall, Eldora and Flores rarely heard from their brother, and they became more and more worried about him.  They had been in the habit of talking on the phone with him once a week, but even that ceased.  Finally, they decided to go down and visit him.  They were shocked when they discovered he was now “drugged” and on a “locked ward.”  They protested to the administration and the nurses, who all said that Francisco was violent, abusive and out-of-control.  Both Eldora and Flores, who “don’t believe in doctors” insist that their brother is “not crazy, he just has a bad temper.”

They promptly removed him from the nursing home in Miami and admitted him to a different nursing home on Chicago’s NW side, close to where they live.  Francisco is not adjusting well here, either, and is verbally abusive to the staff as well as other residents.  Eldora and Flores come to visit him regularly and do not seem affected by his verbal abuse, which they dish back to him, suggesting that this behavior was “normal” in their family.  Eldora provided all of the above information, as Francisco refuses to answer any questions posed to him by the staff.  He is able to speak and understand English, but he usually refuses to do so.  Eldora reports that he is confused, thinking he is still in Miami and that he has his days and nights mixed up.  She and Flores want him to be happy here, but they do not have much hope, as he has always been such a negative person.