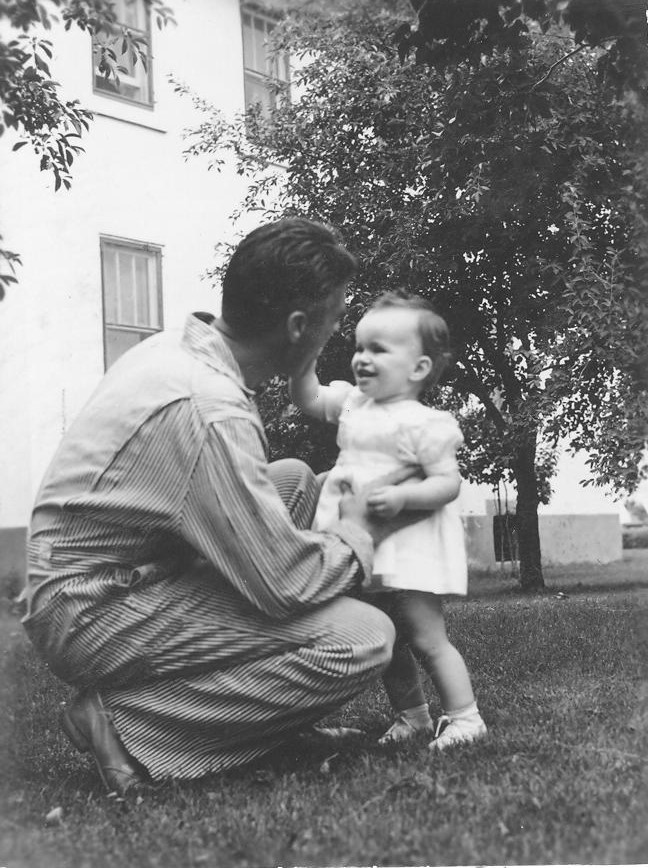 Elmer graduated from high school and then went on to embalming school, though he never actually got a job as an embalmer.  He first worked as a carpenter and then as a truck driver for Continental Liquors.  As a young man, Elmer did not have many hobbies besides reading and spent most nights at home with his parents.

When he was in his early thirties, though, he was introduced to a young woman by the name of Lois Pollard, a recent divorcee with three small children.  Lois’s first husband, Norman Pollard, was a young man she had grown up with in Gary, Indiana.  They had three children in three years: Leo, Bernie and Ida.  After struggling to find work in Gary, Norman and Lois moved to Chicago for the job prospects.  Lois claimed that Norman was an alcoholic, something she apparently had not known before she married him, and decided to divorce him.

Mutual friends introduced Elmer to Lois not long after her divorce, and the two began dating.  By the end of 1948, they were engaged and married quickly.  Leo had just turned four, Bernie three and Ida two.  Bernie relates that none of them have any memory of Norman and have always thought of Elmer as their father.  In fact, Elmer attempted more than once to initiate adoption proceedings, but Norman would not agree to it, though he refused to have anything to do with the children or ever see them.

Elmer and Lois began married life in an apartment on Lawrence, but then later move to Draper St. in the Lakeview/DePaul area where they remained for about eight years.  From there they moved to a small house on Hamlin, where Elmer has lived ever since.  Elmer continued working for Continental Liquors until he retired at age sixty-seven.  Early on in their marriage, Elmer apparently brought up the idea of possibly trying to get a job as an embalmer, since he had gone to school for it, but Lois was repulsed by the idea and refused to consider it as an option.

Even as a married man and father, Elmer still did not have many hobbies besides reading.  Bernie says that most nights he came home from work and read and wasn’t one to go out drinking “with the guys” after work.  He belonged to the Methodist church and went to services every week, but he was not the type, Bernie says, to be involved in any groups or ministries.  “He was a wonderful father,” Bernie says, “even though we weren’t really his.  You couldn’t have asked for a better dad.”

Eventually, the kids grew up and left home, leaving Elmer and Lois to live a quiet life alone in the house on Hamlin until the late 1980’s when Bernie asked if he could move back.  Elmer and Lois were delighted to have him home again, and Bernie has remained there ever since, staying to care for them as they aged.  It was fortuitous, Bernie says, because right after he moved in, both of his parents began to go downhill.  Elmer went blind in his left eye in 1989, and in 1993, Lois died of cancer and heart problems.  After that, Elmer began having problems in his other eye due to edema and glaucoma and started having gastric issues as well.  He had trouble eating and became very weak.  Finally, Bernie took him to the hospital, where he was also diagnosed with heart problems, dementia, and legal blindness.

It was a tough blow for both of them when Elmer’s doctor advised them to admit Elmer to a nursing home.  Elmer and Bernie made the decision together, but both believe that this is just a temporary arrangement until Elmer “gets stronger.”  Elmer has so far made a smooth transition, but he remains in his room most of the time unless led out to an activity.  He seems shy and unsure of himself unless Bernie accompanies him.  Bernie, it seems, is having a harder time accepting his father’s new living situation.  He visits daily and sometimes stays for hours, seeming to not want to go back home alone.  “My dad is my best friend,” Bernie says.  “He was always there for us, and I want to be there for him now.”