“A Real Man of Mystery!” 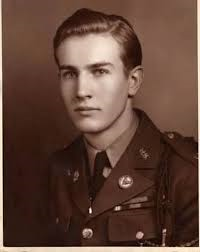 Brogan Cullen was born on October 25, 1921 in Cleveland, Ohio to Angus and Cathleen Cullen.  Not much is known about Brogan’s childhood.  It is thought that Angus and Cathleen were Irish immigrants and that Angus found work in Cleveland as a factory worker.  Cathleen cared for their three children: Brogan, Lily and Liam.  Apparently, however, Angus was an alcoholic and frequently beat Cathleen.  When he began beating the children, too, Cathleen divorced him.  She struggled to care for the three children by working as a housecleaner, which forced her to leave the kids alone most of the time.  As the oldest, it was Brogan’s job to care for them, though he was only seven at the time.

When World War II broke out, both Brogan and Liam left to join the army.  Though Brogan had not had much formal schooling, he was apparently recognized for his intelligence and was trained to do engineering work by the army.  When the war ended, Liam returned to Ohio to live near his mother and sister, but Brogan headed off for Chicago.

Brogan found steady work as an engineering assistant, but his true passion was in the arts.  He loved to paint and also taught himself how to play trumpet.  For a while he even played in a band that performed in small venues around the north side.  When that fizzled out, he got another side  job as a professional photographer.

Brogan never married.  He apparently said at one time that his parents’ divorce was so painful and traumatic that he never wanted to go through anything like that ever again.

Though a self-professed introvert, Brogan could and often did socialize, but he most enjoyed being on his own at home, painting or “tinkering” with various projects.  Often he would voluntarily fix things in the building where he lived on Farwell Avenue, so much so that he was eventually hired by the owner to be the building’s “manager,” a job he really enjoyed.

As the years went on, he retired from his engineering job and became even more reclusive.  Meanwhile, it became harder and harder for him to do the work of the building manager.  When residents began complaining to the owner that things weren’t getting fixed, the owner hired a new man, Sam Sanchez, to step in.

Sam befriended Brogan and often stopped to check in on him, often bringing him groceries and other small things.  Sam says that he was amazed the first time he went to his apartment and saw his huge collection of books.  Sam sometimes got Brogan to tell him stories about the war or about growing up in Ohio, but mostly Brogan was silent about his early life.  “He was a real man of mystery!” Sam says.

Sam did notice, however, that Brogan often seemed sad about the fact that he hadn’t seen his family in over fifty years.  More than once, Sam offered to drive him to Ohio to see his family, but each time, Brogan would politely decline.  Sam says he has no idea if they are even still alive.

One day just about a month ago, Sam stopped in to check on Brogan and found him gone.  After searching for him for several hours, he decided to call the police and filed a missing person’s report.  The police eventually found Brogan wandering in the neighborhood, where he had apparently been sleeping on a bench for two nights.  He was taken to the hospital and was diagnosed with dementia, hydrocephalus, and a gastrointestinal disorder.  He was eventually released to a nursing home, with Sam helping to move his things out of the apartment he had been in for thirty-seven years.

Brogan seems to be making a relatively smooth transition, though he is often confused.  At times he claims that he has been a resident of the home for over thirty years.  He likes to stay in his room alone and does not like interacting with the other residents.  Staff are encouraging him to come out to join various activities, but he is very stubborn.  He does still recognize Sam when he visits, though he sometimes sadly calls him Liam.