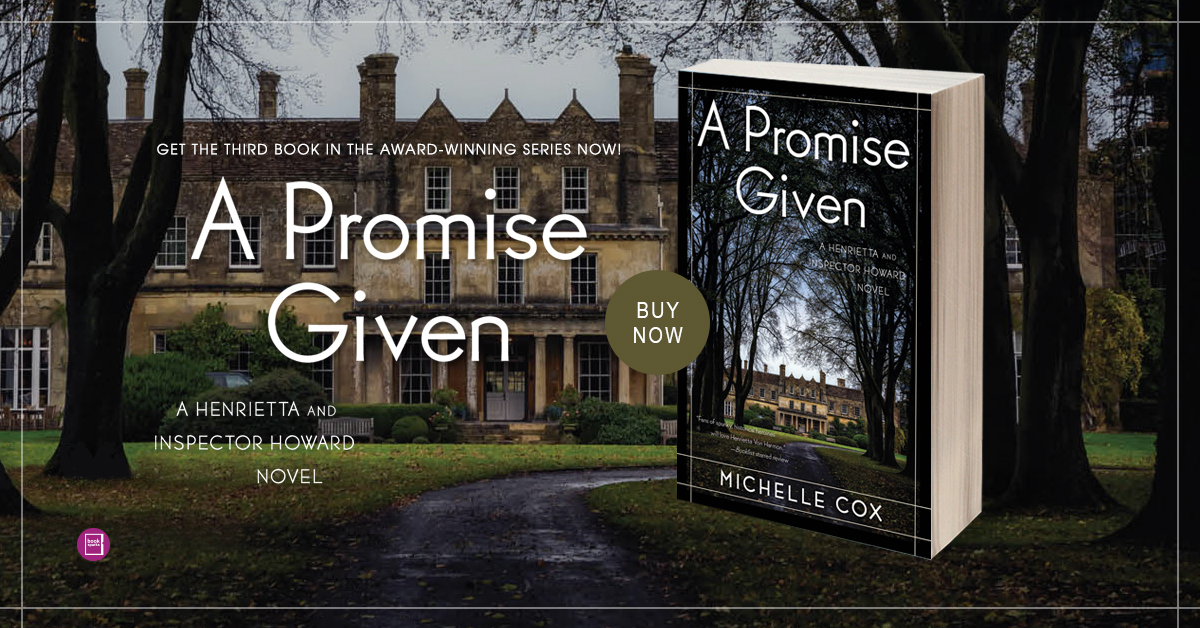 When Henrietta had received Elsie’s letter shortly after the engagement party, informing her that she had found two golden, jewel-encrusted eggs shoved under the mattress in the boys’ room, Henrietta went straight to Clive and told him, shamefully placing the letter in his hands to read. It was obvious that Eugene had stolen the two missing Fabergé eggs, which also called into question the truthfulness of his story regarding the planted candlesticks at the St. Sylvester rectory. Clive had finally pinned Fr. Finnegan down but had not gotten the hoped-for confession from him about framing Eugene, as Eugene had earlier claimed. Clive’s intuition, however, had told him that both of them were lying somehow, but it wasn’t officially his case and there wasn’t much he could do now. He had tried consulting with O’Conner, the detective assigned to the case, but O’Connor had not been interested in Clive’s help or his theories, as it turned out, himself upset that he had been ordered to step down on what seemed like an open-and-shut case. O’Connor was naturally of the opinion that a conviction would have looked good on his record, but the chief had called in a favor with a church dignitary for Clive and had disappointingly—for O’Connor, anyway—gotten the charges dropped.
“Clive, I’m so sorry,” Henrietta said after finding him in the study and handing him Elsie’s letter that fateful afternoon.
Clive quickly skimmed the letter and walked to the large windows running along one wall. From this vantage point he could see the vast expanse of Lake Michigan to which the grounds of Highbury abutted. “This puts me in a very awkward position, Henrietta,” he said in a tight voice, looking out at the lake.
“Yes, I know. I’m sorry,” Henrietta repeated, sensing that she should remain standing where she was rather than go to him. “What . . . what should we do?” She had forced herself to say “we” rather than “I,” tentatively suggesting that the problem was now both of theirs.
“Damn him!” Clive said in a sudden burst of emotion. “He’s determined to make a mess of it. How could he be so stupid?” He paused and exhaled deeply. “Leave it with me for now. But don’t say anything to Eugene. Don’t let on that you know anything. I’ll let Father know.”
“Must you?” Henrietta asked, her face burning with shame.
Clive raised his eyebrow. “I’m afraid so, Henrietta. Father’s threatening to call the police this time, and we don’t need the local nitwits crawling over the place, searching for something that isn’t here.”
“But what if Eugene sells them in the meantime . . . or loses them or something?”
“He won’t. He didn’t take them for that reason, if I’ve pegged him correctly. And anyway, he’s smart enough to eventually realize that if he does sell them, they will be traced back to him.”
“Why take them, then?” Henrietta asked, puzzled, as she looked up into his eyes.
Clive didn’t answer at first, but merely looked at her and sighed. “I’m afraid Eugene might be one of those who steals for the thrill of stealing. Something about him. Just a guess, though,” he muttered, stiffly handing her back the letter.

Clive knew that Mr. Exley assumed that he would keep silent regarding his designs for the Von Harmons. He also knew that Mr. Exley’s expectation was that if Clive did choose to confide in someone at some point, that someone would most certainly not be his betrothed. Men of that generation, Clive knew, frowned upon discussing business matters, even ones of a personal nature—depending upon how compromising they were—with the opposite sex. Clive took seriously, however, his promise given to Henrietta, after the whole wretched Jack Fletcher affair, to be forthright in all things, and therefore, not long after Mr. Exley’s visit he accordingly sought her company on the terrace at Highbury. It had become something of a routine for them now when Clive was at home at Highbury to retreat there in the evenings after Alcott and Antonia had gone to bed. The terrace was now an oasis of sorts in which they often caught a cool breeze coming in off the lake after the blistering heat of the day and during which they delighted in discovering each other more. For his part, Clive was beginning to enjoy having someone to talk intimately with at the end of a long day, something he had not done in many years. And there was something a bit thrilling to talk in the cover of darkness lit only by the dazzling array of summer stars overhead and the ancient lanterns attached to the back of the house, prompting confidences more than any of the beautifully ornate rooms inside the house itself ever could have done and lending itself as well to lingering kisses and soft caresses.
The night Clive chose to tell Henrietta about her grandfather’s scheme, it was a particularly fine evening, with an exceptionally cool breeze playing about them and gently lifting Henrietta’s skirt hem just a bit, as she leaned against the wrought iron running along the top of the stone wall and tried to make sense of what Clive was saying.
“Oh, Clive!” she had said morosely. “Ma will never agree to any of this! I can’t imagine what she’s going to say,” she groaned. “How dare he think he has the right to dictate what will happen to all the kids and where Ma should live!” she said.
“It’s not as if he’s sending them to the workhouse, darling,” Clive said, trying to play it lightly. “Don’t you think it’s a good thing for them to have a decent place to live? To not have to work so hard? It’s what I would have liked to have provided as well,” he said, caressing her cheek. “Out of love for you.”
“But that’s not his motivation,” Henrietta said petulantly.
“That we don’t know, but, you are right, I suspect it does have rather more to do with pride.”
“And why send the kids away? It’s cruel. It will kill her, Clive!”
Clive deliberated. “It does seem hard,” he said, slowly. “I’m grateful my parents did not see the benefit of boarding school. But Philips is probably the best school in the country—and the most expensive. Surely you can see the advantage for them.”
Clive watched as Henrietta looked up at the massive house looming behind them, presumably pondering his words.
“I’ve been giving this some careful thought, Henrietta,” Clive continued, “and I think that perhaps your mother is suffering from a bad case of nerves. Depression, if you will. Perhaps a respite from the children is just what she needs. From what you’ve told me, she hasn’t exactly been . . . well, engaged, shall we say . . . with them for quite some time. Since you’re father, really. It’s been on you and Elsie for far too long . . .”
“But to send them away? It seems so harsh. Even if it would somehow benefit her, how are the children to feel? It’s not their fault, and yet they’re the ones who will pay the dearest price.”
“You can’t be certain of that,” Clive said quietly. “It can’t be very nice for them as it is. You know that, don’t you?”
A flicker of what might have been guilt crossed Henrietta’s face. “At least they have Elsie,” she countered.
“But for how long?”
Henrietta sighed and wrapped her arms around herself. “But they’ve never even been away from home before,” she persisted. “Why can’t they go to a good school here?”
Clive put his strong, warm arm around her and was surprised to find that she was shivering. “The Exleys are a very proud family, Henrietta. All Exley men go to Philips. I’m afraid it will be very difficult to sway your grandfather once his mind’s made up.”
“Well, it’s difficult to sway Ma, too. And, anyway, they’re Von Harmons, not Exleys,” she said with what sounded like a hint of bitterness.
“Listen, darling,” Clive said gently. “Perhaps it’s not so bleak. I advised Exley to proceed slowly with this. His plan is not to send them away until after Christmas so that they will begin with the spring term. Perhaps in that time we can persuade him otherwise.”
“Oh, Clive! Do you promise?” she asked, looking up at him now, hopeful.
“I promise to try,” he emphasized. “Except where Eugene is concerned, of course. That must be done immediately. Even if Father didn’t press charges, I would have advised him to. I want you to know that,” he said slowly, looking at her steadily so that she clearly understood. “I’m fairly certain Eugene would do it again somewhere else, and then he won’t get off so easily. He’s been lucky so far, but I see it ending rather badly for him if his current course is not drastically altered in some way. Military school may be the making of him. All may not yet be lost.”

Henrietta sighed again, knowing there was no rebuttal for this; he was right. In truth, she had become a bit frightened of Eugene’s apparent amorality. If he dared to steal from the Howards, even after Clive had given them money and promised Eugene a job, what would he do next? His sense of entitlement was abhorrent to her, and his unpredictability unnerved her. She felt she was walking a tenuous line as it was in this new world, and she didn’t need Eugene acting as an unknown variable. She knew Ma would fume and fret something terrible—she winced now at the thought of what Ma would say when she found out—but Henrietta had to admit the wisdom of Clive’s words. She felt guilty that a part of her would be glad to have Eugene out of the way. It was a fair solution, she reasoned, all things taken into account, and she hoped, truly, that Eugene might still make something of himself. “I suppose you’re right,” she said reluctantly.
“The first thing will be getting them moved. We’ll worry about the rest of it later.”
“Ah, yes, the house.” Henrietta smiled at this part of Mr. Exley’s preposterous plan. “On Palmer Square? Really, Clive! That’s a bit excessive, don’t you agree?” Palmer Square proper was a long oval-shaped park that was surrounded by the summer mansions of Chicago’s wealthy. Potter Palmer himself as well as the Fields, the Schwinns, and the Adlers, among others, owned houses there. “Couldn’t you have done something? Explained?”
“Oldrich Exley seems a man not to be trifled with, Henrietta. There are limits to what even I—or Father, for that matter—can do, you know. He seems as stubborn as her.” The exasperated look he gave her then somehow made her laugh despite the seriousness of the situation.
Clive smiled, then, too. “I’m led to believe it’s very modest, actually—for Palmer Square,” he said, gesturing with his pipe.
“Oh, Clive, I’m not sure,” Henrietta said, sobering suddenly.
“Come on, let’s go in. It’s late,” Clive said tenderly, kissing the top of her head. “It will look brighter in the morning. It always does, somehow.” 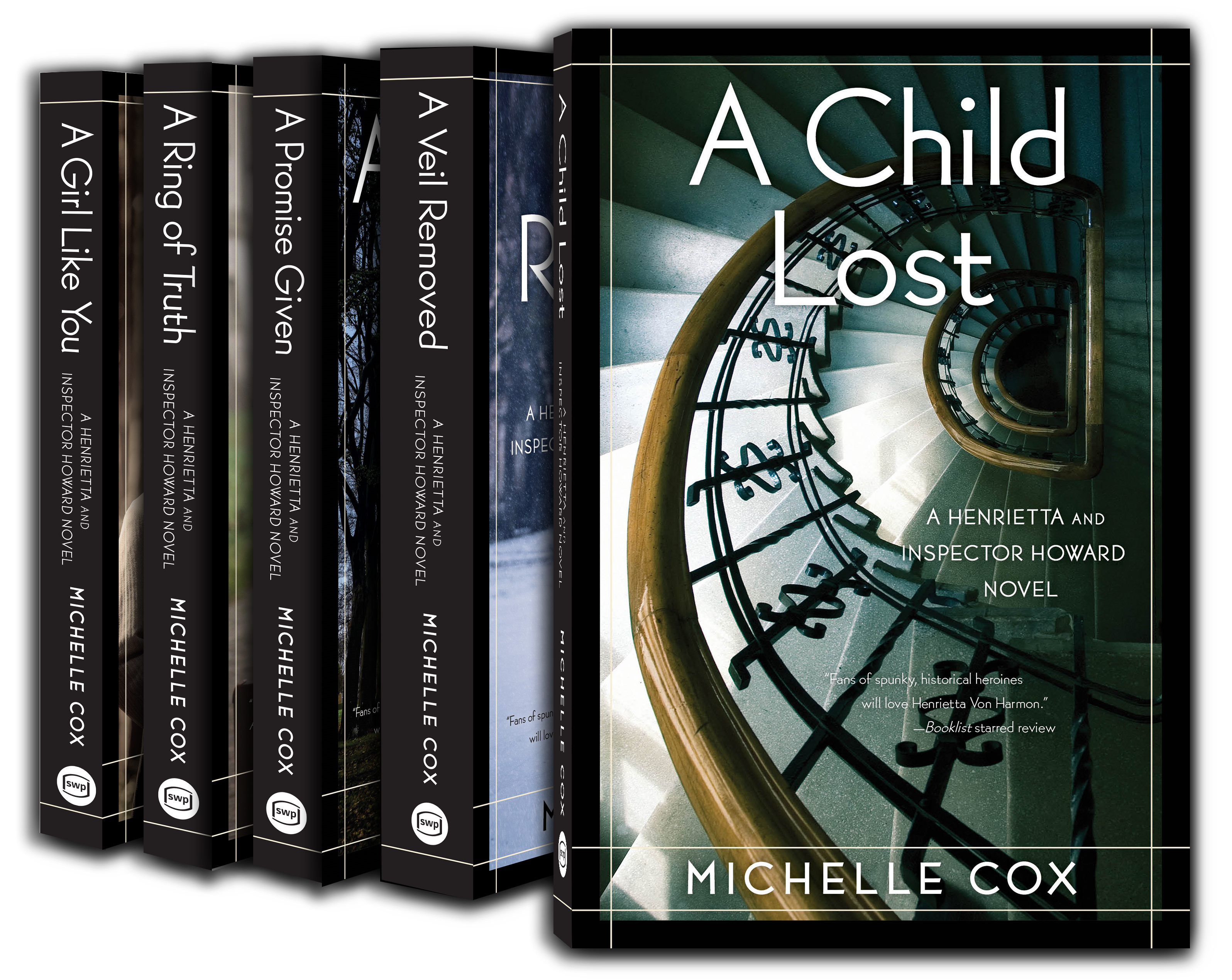