A Penchant for Choosing the Wrong Man 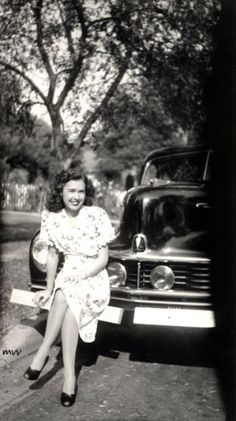 Irene Bailey was born on October 7, 1906 in Letts, Iowa to Andrew and Gertrude Roth.  Andrew farmed about 150 acres of land, and Gertie cared for their seven children: Roland, Molly, Bert, Kathleen, Irene, Sophie, and Emmet.  Irene was raised Methodist and was able to attend high school.  After she graduated, her dream was to go to college, so Andrew and Gertie allowed her to go seventy miles away to Coe College in Cedar Rapids, where she took “general coursework.”  She lived in the dorms there, but spent most of her weekends at the home of an aunt and uncle who also lived in Cedar Rapids.

While at Coe, Irene met a fellow student, Archie Bailey, and eventually fell in love with him.  No one really knows what happened between them, but after two years of dating, Irene abruptly broke off her relationship with Archie, quit school and returned home.  Dismayed by her sudden change of plans, Irene’s parents tried to question her, of course, but Irene refused to talk about it, simply saying that she had “changed her mind.”  To this day, what happened remains a mystery, though Irene’s sister, Sophie, has several theories.

Irene was not home long before she decided to move to the nearby town of Muscatine with a girlfriend.  They rented an apartment, and Irene got a job at a department store.  While there, she met a traveling salesman, James Splinter, who, after a very short period of time, convinced her to marry him.

Once they were married, the young couple moved to Chicago where James had been raised.  It was an unhappy marriage, however, as James proved to be an alcoholic and physically abusive to Irene.  After only a couple of years, she divorced him and moved back to Iowa, this time to Davenport.

In Davenport, she got a job in a candy shop and met Orville Mentz, a carpenter who owned a few acres on the outskirts of town.  They married, and Irene says that they enjoyed a quiet life together for many years.  Their favorite thing to do together was fish, and Irene also spent a lot of time gardening and reading avidly.  As it happened, Orville turned out to be an alcoholic, too.  He was not physically abusive, though, so Irene stayed with him.

The years passed by, and one day Irene saw an ad in the local paper from none other than Archie Bailey, her old college sweetheart, asking for her whereabouts.  Irene was 68 at the time.  After many weeks of debate, Irene decided she would leave Orville and seek out Archie, perhaps hoping to rekindle the lost days of their youth.  She was sadly disappointed, however, as, after reuniting with him in Des Moines, he, too, proved to be an alcoholic.  Tragically, he was also the most abusive of the three men Irene had chosen to be with throughout her life, and she suffered several serious injuries.

Finally, Irene’s sister, Sophie, whom Irene still kept in contact with over the years, decided to get involved in what seemed to her to be a very dangerous, potentially fatal relationship.  She hired an off-duty policeman to go to Des Moines to get Irene out of the situation.  Irene then divorced Archie and went to live with Sophie in Chicago.

Irene spent the next twenty years with Sophie, still spending most of her time gardening and reading.  She also liked to listen to the radio, especially to Cubs games.  In the time that she lived with Sophie, Irene had several strokes, most of them occurring in recent years.  She has also had two eye transplants and two hip replacements.  While in the hospital recovering from one of her hip operations, however, she suffered another mini-stroke.  At that point it became clear that Sophie was not going to be able to take care of Irene at home, so she reluctantly made the arrangements for Irene to be transferred to a nursing home.

Irene is trying her best to adjust to her new life here in the home.  She is a very mild-mannered, sweet woman who is anxious not the “cause any problems.”  She reports being in a lot of pain, however, which seems to preoccupy her and prevents her from really joining in various activities or making any new relationships.  When asked about her life, Irene says that she tried her best, but that she somehow always picked the wrong man.  She thought Archie was something special, but he turned out to be “the worst of them all.”  “Sometimes,” she says, “life doesn’t turn out how you think it will.”

This site uses Akismet to reduce spam. Learn how your comment data is processed.