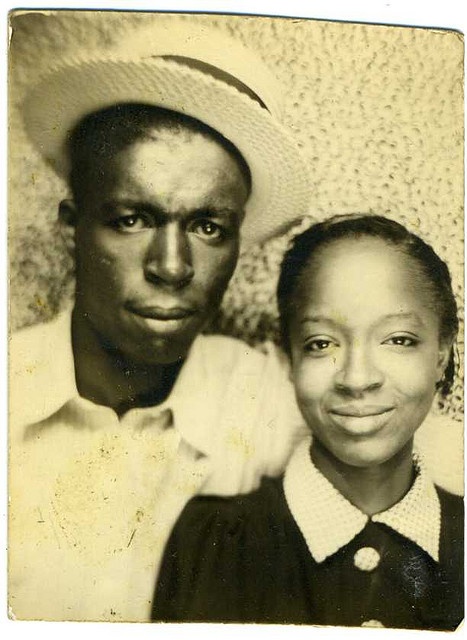 Herbert Jones was born on May 14, 1899 on a farm in Bolton, Mississippi.  His parents, Jesse and Hattie Jones, owned the small farm they worked, which they were very proud of, as Jesse’s father had been a slave.  There were thirteen children in the Jones’ family, and Herbert was the youngest boy.  He went to school until the seventh grade and mostly helped his father and brothers around the farm.

In his early twenties, he decided to go to Chicago and look for work.  World War I had just ended, and he hoped to find something more than what the farm in Mississippi could offer him.  He found a job at International Harvester and worked his way up over the years, eventually becoming a molder.

Herbert kept mostly to himself.  He made a few friends and enjoyed working with electronics and carving wood.  He joined a church, Apostolic Church of God, which was a Baptist church, and he lived in the South Shore neighborhood on the far south side.  When he was in his forties, he happened to meet a young woman by the name of Pauline Everts at a prayer group at church.  Pauline was only in her twenties, but Herbert quickly fell in love with her.  He was very patient, and courted her very slowly, becoming her friend first and then tentatively asking her out on a date to an ice cream parlor.  To his great surprise and excitement, she said yes.  Pauline says she had no idea when they started dating that he was twenty years older than her or she would have said no!  Herbert was one of those people, she says, who had a young face.  By the time he told her he was in his forties, it was too late, however; she was in love with him.  They dated for just six months and then got married.  Some of his siblings from Mississippi came up for the wedding, but his parents had already passed away at this point.  Together, Herbert and Pauline had five children: Herbert, Jr., Mae, Clifford, Lena and Lucille.

Pauline says that Herbert was a wonderful father, that he was a very patient, understanding man.  He had a great sense of humor, but there was also a “no-nonsense” side to him, too.  He was a great role model, she says, not just for their children, but for many of the neighborhood children.  He knew all of them, and they all felt they could talk to him.  Pauline says that when he spoke, he meant it, and all the children knew that, too.  If he said something, they obeyed it.  Pauline says that whenever Herbert was upset or troubled by something, he would sit quietly somewhere for a long time, thinking, until he came up with a solution.

Herbert had such a positive influence on his neighborhood that in 1992, Ebony magazine did a feature on him for a special father’s day edition, alongside Winston Marsalis.  The article illustrated how many lives Herbert had touched beyond his own five children and how his “patient, honest, no-nonsense style” had contributed so directly to the success of so many kids in the neighborhood.  Herbert was extremely proud of the accolades from Ebony Magazine, but he remained a very humble man, often saying throughout his life that he was really “just a farm boy at heart.”

Herbert and Pauline were still living in their apartment on South Shore Dr. until July of 1995 when Herbert came down with pneumonia at age 96.  At the hospital, it was discovered that his kidneys were also not in the best shape, either.  In November of that same year, he was diagnosed with CHF and anemia and was given a blood transfusion.  His kidneys were also worse, but because of his CHF, the doctors felt that dialysis might be too hard on his heart.  He was discharged home, but was readmitted within several months for being listless, tired and weak.  This time, the doctors felt they had no choice by to attempt dialysis, which his heart managed to handle.  He was discharged, however, to a nursing home, where he remains unresponsive most of the time.

Pauline and various members of the family visit daily, though Herbert does not interact with them.  Pauline is upset by Herbert’s placement and does not seem to accept that it is permanent.  She is still hopeful that he will return home.  She loves to talk about her life with Herbert and the wonderful man he was.  It is very difficult for her to see him this way, and she cries often.  Her children and grandchildren have been very supportive, however, and visit frequently.