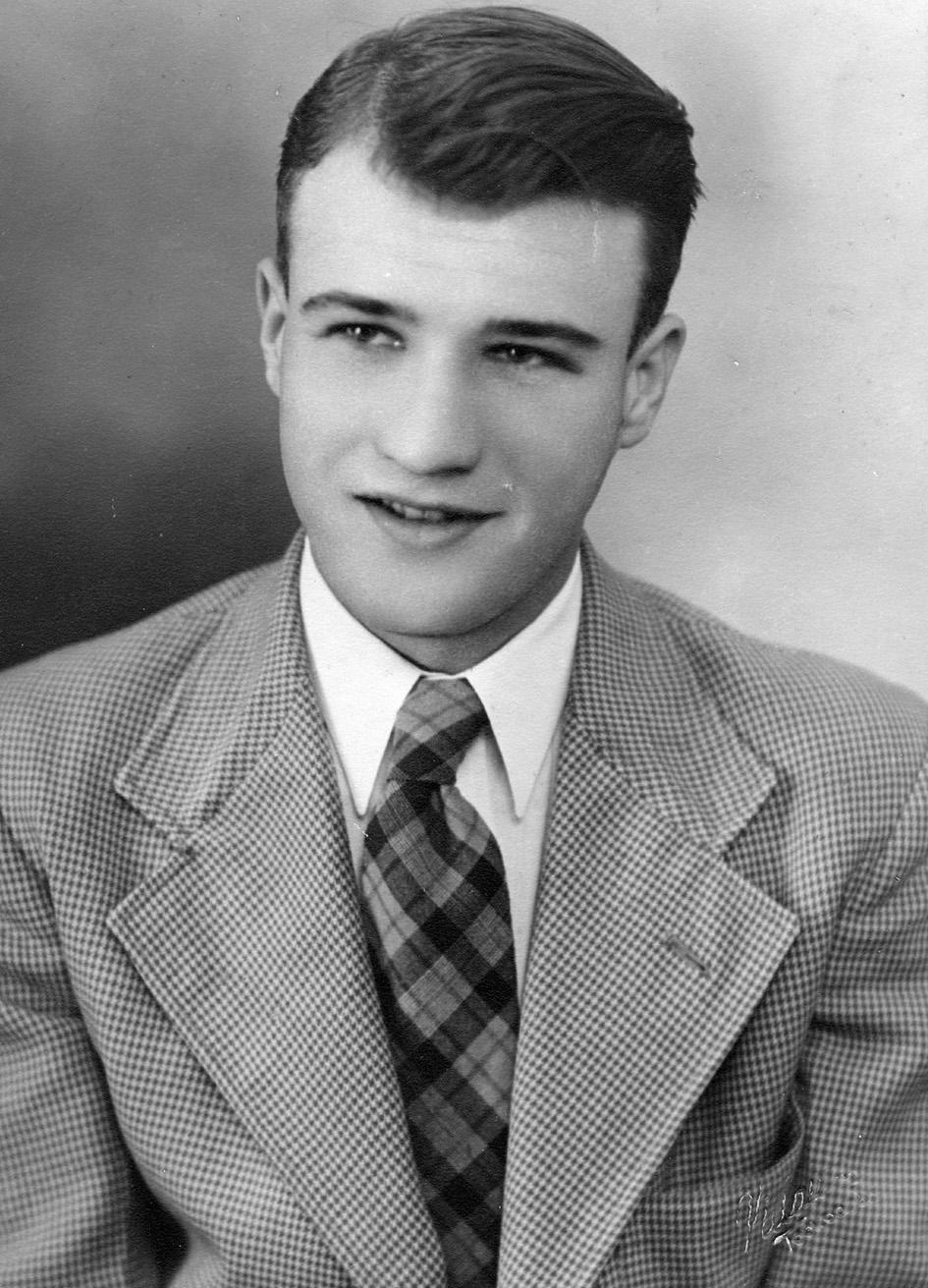 Glen Mayer was born on September 15, 1932 in Chicago to Adolf Mayer and Elizabeth Bojars.  It is thought that Adolf was a German immigrant and that Elizabeth may have been from Latvia.  They apparently met in Chicago and married, Adolf working as a butcher, and Elizabeth caring for their three children: Glen, Lena and Mae.

Glen graduated from high school and even attended college for two years.  He then got a job working for the telephone company and also worked sometimes in his father’s butcher shop.  He loved outdoor activities, such as bike riding and fishing, and enjoyed playing board games.  He was always on the hyper, nervous side and loved to always be busy doing something.  When he was about thirty years old, he went to a dance with friends and was introduced to Stella Winters.  The two hit it off and began dating.  They married about a year later and eventually had two children: Don and Linda.

The story is not clear, but, apparently, when Don and Linda were very small, Glen got into an argument with his sisters, after which he cut off all contact with his family from that point on, including his parents.  Thus, Don and Linda grew up never knowing their grandparents, uncles, aunts or cousins on that side of the family.  Nor did they know Stella’s side of the family in the early days, who mostly lived in Scotland.

Sadly, Glen and Stella eventually divorced, though it is unclear why.  Stella took Don and Linda and returned to her family in Scotland.  Glen was left alone in their house and tried to focus on work as a sort of solace.  Linda says that her dad never really understood what had happened to him.  Don and Linda were sent to live with him every summer.  Linda relates that Glen always seemed to look forward to them coming and tried his best to make the summer special for them.

When Linda was sixteen, she came to live with Glen permanently, as his health had begun to seriously decline, and she wanted to care for him.  He was a heavy smoker and had neglected his health after the divorce and consequently had high blood pressure.  In the early 1980’s, Glen had a stroke and then had to have triple bypass surgery.  He was also diagnosed with diabetes and needed constant help in managing it.  Thus, Linda, who was living with him and was nineteen at the time, quit her job to become his full-time caretaker.

Linda has cared for her dad all these years and, finally, in 1993, when he had two more strokes, she decided to put him in a nursing home because he had become confused and agitated.  It was at that point that Glen’s sisters, Lena and Mae, reappeared in his life.  Linda says she doesn’t like to speculate, but wonders if the reason has something to do with his bank account.

Linda says that at first she was very happy to meet her aunts, but her new relationship with them quickly soured when they became very accusatory and antagonistic toward her.  They attempted, she says, to get control of Glen and even went so far as to try to check him out of the nursing home without Linda’s knowledge.  When Linda found out about this, she decided to seek legal guardianship of her father.  Her aunts accused her of neglecting and starving him and chastised her for putting him in a nursing home instead of caring for him at home.  Eventually, despite her aunts’ best efforts to the contrary, the court awarded Linda the guardianship.  Unhappy herself with the care he was receiving at the nursing home and perhaps feeling a little guilty, Linda decided to move Glen to what she hopes will be a better nursing home.  Likewise, she again attempted a reconciliation with her aunts and was deeply hurt by their accusations that if she had only cared for him better at home, he wouldn’t have ended up in a nursing home in the first place.  They blame her for his current bedsores and claim that he is “starved and underfed.”

The staff have attempted to explain the situation to Glen’s sisters, especially reminding them of his dietary restrictions due to his diabetes.  His sisters refuse to believe that he actually has diabetes and claim that his doctor is “full of it.”  The staff repeatedly find inappropriate food that they have smuggled in and hidden under his mattress and around the room.

Meanwhile, Linda tries not to visit on the days she suspects her aunts might be there.  She has decided to wash her hands of them, just as her father did so many years ago.  She was determined to mend the family rift, and she feels disappointed that she wasn’t able to.  “But what can I do?” she asks.  “They’re both crazy!”  She wishes she knew more about what happened to have caused her father to break away from his family in the first place.  She says that she has asked her mother about it many times over the years, but that Stella has always claimed not to really know.

Interestingly enough, Linda has recently contacted Stella, who has decided to come from Scotland to try to help support Linda in her efforts.  Glen, meanwhile, remains confused and agitated.  He has trouble with comprehension and expression and frequently cries out, especially at night.  It is a constant source of worry and grief to Linda that her visits seem to bring him no relief or comfort.