Henrietta shifted uncomfortably as she stood next to Clive outside the massive oak double doors of the Howard family home—Highbury, he called it—in Winnetka. Though he had assured her all the way here that his parents would love her, and despite his quick, reassuring wink as they had walked up the flag- stone pathway, she still felt uneasy, and her breath caught in her throat when a servant opened the door for them and welcomed Mister Clive home. Clive smiled at him and casually handed him his hat and motoring coat, but Henrietta felt sure the servant was sizing her up all the while, and was convinced that he was not impressed with what he saw.
As Clive exchanged pleasantries with the man—Billings, he called him—mostly about the weather and the drive up, Henrietta smoothed her dress and wished to God she had chosen her plain blue paisley. Instead, she was wearing the emerald green dress she had borrowed from Polly to audition in at the Marlowe. It showed off her figure beautifully, hugging her curves and accentuating her bosom, but she felt certain now as she stood there awkwardly that it was all wrong. She had intended to impress Clive’s parents, but with a deepening sense of dread, she began to suspect that she should have chosen something more modest. She attempted to console herself with the fact that she had at least had the sense to elaborately pin up her long auburn hair in a somewhat old-fashioned style.
It was times like this that she missed Polly the most. Polly would have known the proper attire to wear when meeting the parents of one’s new fiancé. But Polly had not returned from her grandmother’s in Missouri where she had fled after Mama Leone had been murdered at the Promenade, and Henrietta didn’t really blame her. Since then, Henrietta had received a few brief letters from her, but they hadn’t been of any substance. Henrietta had also considered asking Lucy for advice, but she had unfortunately only seen her once since the Marlowe.

They had met for coffee one afternoon and found themselves predictably discussing all of the sordid particulars of their attempt to uncover the “secret” behind the green door at the Marlowe (the burlesque theater where they had both, until very recently, been employed) and how it had all culminated in that terrible night in which Henrietta had been captured by Neptune and his cronies, that is, before Lucy had rescued her—and Clive as well.
Eventually, however, their conversation had moved to lighter subjects, Lucy remarking how much she and the other girls missed her. Leaning forward across the stained table, Lucy had urged Henrietta to join her and Gwen and Rose at the Melody Mill, where they had all picked up jobs as cocktail waitresses, the Marlowe obviously having since been shut down by the police. “It would be just like old times,” Lucy had urged. Henrietta had politely declined, a smile she could not contain creeping across her face, then, as she bashfully announced that there would be no need of that now that she had agreed to become Mrs. Clive Howard!
Lucy laughed with delight at the news and begged for all the particulars of the happy event. Henrietta was excitedly able to relate, in great detail, how the proposal had come about, but when Lucy then naturally asked about the wedding itself, Henrietta realized distressingly that she knew very little about the details. They didn’t have a date yet, nor did she yet have a ring, Henrietta admitted with a forced little laugh of her own. Lucy suggested with a shrug and a certain provocation in her eyes that perhaps the inspector was just too busy at the moment with his cases, or some such police thing, to worry about these obviously minor details for now. Doubtless he would get around to it eventually, she had teased. Henrietta knew that Lucy had meant her words to be playful and teasing, but they hadn’t sat very well just the same.
Not long after this exchange, Lucy had stood up and said she had to run and wished Henrietta the very best of luck. After kisses and promises to keep in touch, Lucy dashed off down Clark, and Henrietta had wondered as she watched her go, not for the first time, about the wedding, and, more importantly, just what her role as a policeman’s wife would be—if Clive would expect her to keep on working—at something respectable, of course—or if he would want her to stay home and keep house for him. Either way, she assumed working as a cocktail waitress at the Melody Mill would be out of the question, so she let the idea go as she watched Lucy disappear into the crowd before she had herself distractedly made her way to the trolley.

It was an assumption she felt even more certain of now as she stood apprehensively beside Clive in the marble foyer of the Howards’ home, which he had somehow failed to mention resembled a castle, or very nearly so.
She knew that Winnetka was north of the city, but she had of course never been here. The drive seemed to stretch forever, her dis- quietude growing by the minute, especially when they had finally arrived in the quaint town itself and had zipped past the more modest houses. Sheridan Road curved closer to Lake Michigan now to reveal larger houses—mansions, really—with huge acreage surrounding them, set back from the road, half hidden, if not by symmetrical smatterings of trees, then by privets or brick walls, though Henrietta was able to glance at enough of them to be left speechless.
Many of the estates backed up to the lake itself, making them surely worth thousands—probably millions!—Henrietta calculated, as she fretfully pulled at her gloves as though by pulling them on tighter, she could somehow make them more presentable. Henrietta had never seen anything like this, except perhaps in the movies, of which she had seen very few, actually, and she couldn’t pull her eyes away, so mesmerized was she, despite her new betrothed sitting beside her, his fedora hat placed firmly on his head and a pipe gripped loosely between his teeth.
Every once in a while on the drive, between strands of conversation, he had taken his eyes from the road to look over at her, and each time, she felt her stomach churn. She was wildly attracted to him, and she thought him so dreadfully handsome with his hazel eyes and chestnut hair, though some of it was already beginning to gray. She had asked him several times since he had proposed to tell her about his family, but he had each time replied that he wanted to surprise her. When they had finally turned into a majestic tree-lined lane, complete with an iron gate and two massive lion statues atop brick pedestals at the entrance, she was filled with dread and hoped this was a joke rather than the surprise he had alluded to. Surely this wasn’t his parents’ home, was it? Henrietta had glanced over at him with more than a little confusion, and, truth be told, a bit of consternation as he had indeed sped down the lane toward the house. Where was the impenetrable Inspector Howard of the Chicago police that she had fallen in love with? Surely he didn’t belong here, did he? 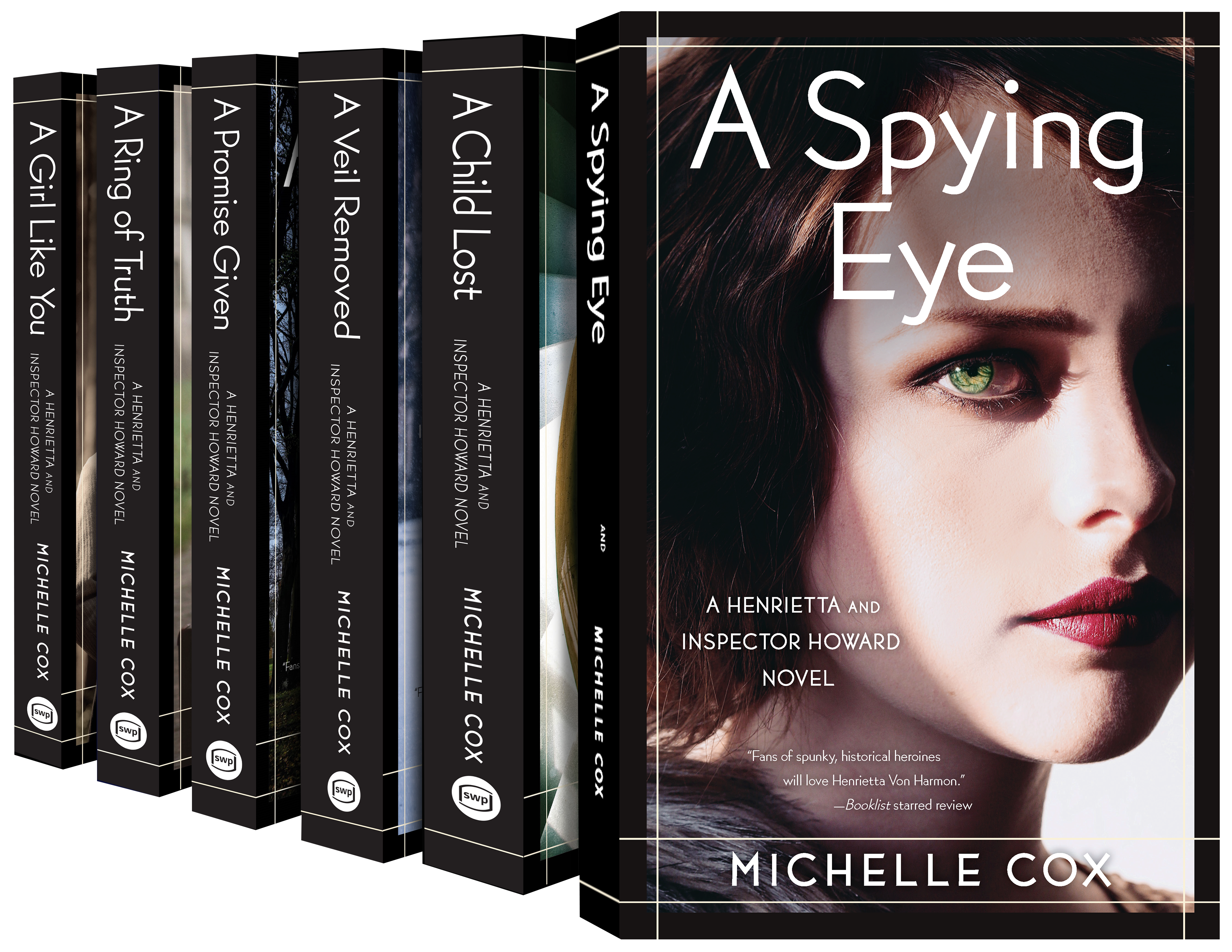